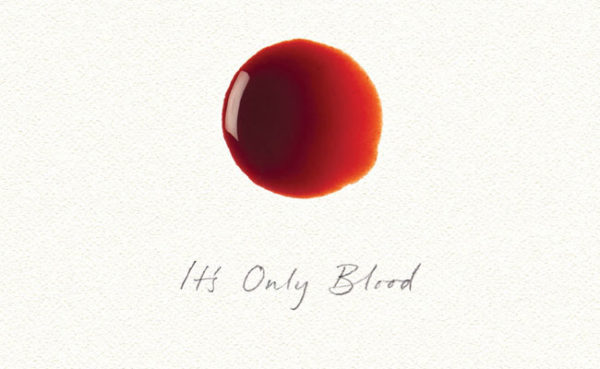 A friend from my university days in Wales once told a group of women gathered at my student residence that when she started menstruating, her parents gave her a bunch of flowers and took her on a river boat excursion to celebrate the occasion. She was German, and the rest of us were, like her, exchange students from different European countries. Most of us had rather bleak stories to tell about our own individual memories of our first periods. By then, we were all in our early twenties and had about a decade of painful monthly woes behind us. I still remember the relief we all felt when sharing these stories and our experiences, as opportunities to talk about or reflect on menstruation without feeling a certain degree of shame, anger or disillusionment had been rare for most of us up to that point.

It became easier to deal with this aspect of our physiology as we got older, more educated and less intimidated by the sheer responsibility of it all. But we were all young middle-class people with access to information, medical advice as well as sanitary products and facilities like clean bathrooms with running water and washing machines. It is estimated that around two billion people in the world experience menstruation, but for many of us this simple biological fact of life is so heavy with everyday consequences that it becomes a burden almost impossible to negotiate.

In her bold and illuminating book, It’s only blood: Shattering the taboo of menstruation, Swedish journalist Anna Dahlqvist confronts the topic head-on. She specialises in gender, sexual and human rights, and intertwines her knowledge of and her research in these fields to present an eye-opening, cross-spectrum picture of what it truly means to be a “menstruator” – this is the term she prefers because it is inclusive; trans men menstruate, too. For her book, Dahlqvist interviewed menstruators of all ages around the world, spoke to international specialists researching menstruation and analysed data from numerous studies.

The resulting portrayal of the challenges menstruators face is shocking. Growing up, I had the benefit of being able to discuss what was happening to my body with friends, older women in my family and medical professionals. I also profited greatly from incisive sexual education at school. Today, I have no issues discussing the topic or writing about it publicly, but Dahlqvist’s book made me understand that no matter how extremely privileged I have been in many parts of my experience as a menstruator, I have not entirely escaped the shame associated with it, and my relatively enlightened approach to the matter is, by far, not enough. Above all, It’s only blood showed me how complicit and ignorant I have been. My guess is that most readers of this book will feel the same.

“Menstruation should not be an obstacle to going to school, working, or simply participating in whatever one pleases,” Dahlqvist writes. But it is. Because of lack of sanitation and basic hygiene products like soap or sanitary pads, staggering numbers of young people stay out of school for three to five days a month. Menstruation “should not be the cause of harassment and stigmatisation. Menstruation should not shut us in or hold us back. Not make us sick. It should not have to be more than what it is: a mucous membrane filled with blood that is shed and expelled from the uterus.” If only it were that simple!

“We are told not to discuss it in public, that tampons and sanitary pads should be hidden away, the blood rendered invisible.” Dahlqvist recalls the story of public outrage when Kiran Gandhi decided to run the London Marathon without any protection while menstruating. But there were also those who applauded her courage. Gandhi “let go of her shame when she bled freely and publicly”. Looking at the photographs of her blood-stained clothes today, I also feel a sense of liberation. In literary terms, the photographs remind me of Antjie Krog’s ovulation chart in her volume of poetry, Lady Anne (1989). Something we are required to keep secret becomes visible and frees us from shame.

On average, 800 million people menstruate every day, and the reality of it, for many, equals not being able to leave the house because of not having adequate means of managing their period outside of their home. In some cases, menstruators are ostracised and banned from places of worship. Poverty makes it impossible for far too many to purchase menstrual protection products, and they have to use, among other things, “newspaper, mattress stuffing, leaves, grass, or dried cow dung”. It is not difficult to imagine the health risks involved. And even those who can afford tampons in most places have to pay tax for these products as if they were luxury items. One cannot underestimate the “draining stress factor” that a period can be. Many menstruators can hardly focus on anything else requiring their attention: school, work. They encounter fear, loneliness and alienation of debilitating levels.

“Power over the period is a necessity, a precondition for participation in public life.” It is a “global health issue”. Yet, menstruation is hardly ever on the political agenda. People’s human rights are violated because of insufficient infrastructure to protect them. There is not enough research done into menstruation, methods of managing it and their environmental and commercial aspects. “I want those who menstruate to be able to say what they need. For us to stop being silent,” Dahlqvist quotes Kiran Gandhi. “It’s just crazy that we get a new iPhone every six months, but there are only three different types of menstrual protection.”

It’s only blood was originally published in Swedish, and Wits University Press acquired the local rights to the English edition. It is a book every menstruator will profit from reading. And those of you who share your lives with us will also not regret understanding what personal, biological, economic, legal and socio-political implications this ordinary bodily function has for us.