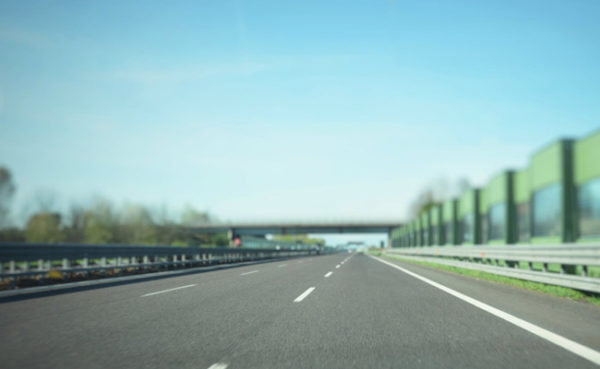 A few years ago, I travelled to my hometown – by bus, because I couldn’t muster enough courage to take my car to travel all those many kilometres on my own. Also, add to this already extremely frightening scenario that I was most, most definitely going to get lost. You see, the day when the talent (scientific skill?) of a secure sense of direction was distributed (by whom, I can until now never fathom), I wasn’t even in the queue. I think I couldn’t find it!

To put the last masterful finishing touch to this horrific scenario: about five months prior to the above nightmarish situation, the so-called love of my life, out of the blue one night, told me that perhaps it was true that he was the love of my life – but the other way around? No, my little darling, the Professorandus unashamedly said, not true, simply not a case that will gain credibility in a court.

"For how long … has this … farce been going on?" I struggled to vocalise the question.

I asked the question that many soon-to-be-divorced women ask: "Is there somebody else?" It took a long time – too long – before he answered in the negative.

Not many moons after that negation, I found out that the second Mrs Professorandus was waiting in the wings. Goodness gracious me, they were discussing wedding dates, and he had the gall to show me the Second Lady of the Manor’s wedding ring! The … the … bl– the confoundedly confounded cheek! To my utter satisfaction, I found the ring a monstrosity. On the 12th of November 2012, I was served the divorce papers. And I couldn’t stop thinking that the devil had given that year its name: 2013.

I suffered through that infamous year, and at the end of it, I decided to visit my old hometown. Not that it was a very exciting place, but it was somewhere to go, and there were some people I knew, so I planned to stop there for a cup of tea. Perhaps for two cups of tea.

But oh, my, if I had had the gift of clairvoyance – yes, what then?

The holiday itself was nice enough, but then cometh the time …

I boarded the bus that morning with a heavy heart. It was a long, lonely trip home to my rented matchbox mansion. Through how many life cycles was 2013 going to repeat itself, just going by a different name? "O Lord," I started praying my rather cheeky holiday prayer, "please send someone to me. The right someone. You know who he is. And, Lord, sorry, but we’ll have to be quick about it, because, Lord, you know I’m not that young any more. I ask all of this in Your Name. Amen."

I sat there with my favourite sullen expression when suddenly a cheeky-sounding man announced his arrival: "Good day. According to my ticket, you and I are travelling companions."

"Oh, good," I responded, trying to be friendly.

I tried to scrutinise my travel companion without his noticing. He was rather a short man. That was no problem; see, I was on the shorter side. Later, I was to learn that he was a prattling box. But it shortened the many kilometres. And one thing shone through like a bright beacon: he was an interesting sweetie pie. He was also a child of God. My seventh sense told me there was nothing false about him.

My eyes wandered automatically (it was like a reflex by now) to his left hand. Oh, no! He was wearing a wedding ring! Silently, I talked to my intestines down under (I have always found them good listeners), and not in the most polite language: "Darn! Why are all the decent men taken, and then by undeserving women? Bloody awful bitc– I mean to say, females who don’t deserve good men! Look at this man, for instance. And I don’t even know his name. And he didn’t ask mine to boot!" (Later, I was to learn that his middle name was Field Marshal Scatterbrain!)

The bus was filling up quickly, now. Like time and an airplane, these semi-luxury buses waited for nobody. In the row on our left hand, right next to the window, an older-than-16 couple were sitting. The lady caught my eye. "Him here, he’s my second husband. Where are the two of you going?" Before I answered her, an insipid thought flashed through my mind: she should really get a new hairdresser! This question was to become a refrain throughout the seemingly unending trip – our answer, too. Later, she just had to look in our direction before she would recite her little mantra, and we would automatically supply our respective destinations: I was going home, and he was going to visit some family elsewhere.

But I digress. To return to my pièce de consternation – his wedding ring – and his apparent incognito travel identity.

"Oh," he suddenly said, "where are my manners? I haven’t introduced myself yet! My name is Matt – Matt le Roux."

"Pleased to meet you, Matt," I returned in a friendly voice, but not too friendly. The wedding ring, you see? That really stood in my way.

"I am Anna-Marie Bisschoff." At that stage, although I hadn’t changed my surname officially from my (divorced) married name, I refused to use it whenever I could.

"You must have a boyfriend or a husband somewhere," Matt said out of the blue.

Then, totally out of context, he offered the following piece of information: "My wife doesn’t love me at all!"

"That’s not very nice of her," I added in an even tone, but I was very tempted to add the "B" word, capitalised. Before he could respond to this, one of us had the bad luck to look in the direction of the older-than-16 couple. The lady immediately said: "Him here, he’s my second husband. Where are the two of you going?"

We recited our standard answer: "I am going home and he is going elsewhere."

Then, more sudden than suddenly, our travel conversation took a sharp turn for the odd: "May I put my hand there?" and he pointed at my thigh.

I was figuratively out of breath, but I kept my cool and said yes. From there on, our conversation-to-shorten-the-boring-trip became a courtship. But one very big thing bothered me: "You are married to whatever-her-name-is!"

"Yes, but it’s just for the interim. After my holiday, I’m going to divorce her. I told you she doesn’t love me. She never did. She told me once she never should’ve married me. And you know, Darling, she drinks like a fish!"

This was the first – of uncountable times – that he called me Darling.

The next thing I heard was that he and I were going to be married.

"Hey, you haven’t asked me yet! What if I don’t want to marry you? You look like the eccentric type!"

"Oh," came the retort, "I’m not going to ask you to marry me, but you are going to do so. You have no choice!"

I didn’t protest, but instead my heart sang to the Lord.

A few weeks later, on the 1st of March in the year of the Lord 2014, Matt and I were married in a small, quiet ceremony.

I now have it black on white – no, rather black on yellow – that I have the authority to say: "Him here, he’s my second husband!"