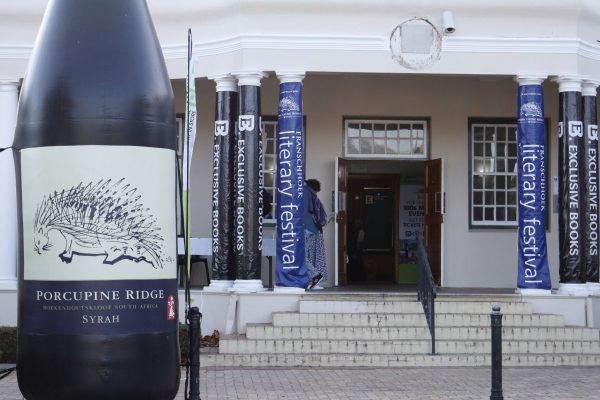 I was in the shuttle bus being transported from Cape Town International Airport to Franschhoek, when I got the message that LitNet wanted me to write an overview of the festival from my personal perspective.

Up to that moment, I had been doing what introverts do to avoid interacting with other humans – making zero eye contact, and keeping my nose buried in a book. It was time to look up and pay attention. My fellow travellers were mostly young black writers and book-publishing professionals who were looking forward to their first Franschhoek. We had flown in from Johannesburg together, and were enjoying the softness of the air against our skins and the glory of the mountain range bisecting the horizon.

So, black writers come to Franschhoek in greater numbers than ever, despite the fact that they will be speaking to audiences that don’t look like them or share their life experiences. It struck me as courageous for them to be venturing into this privileged white space, to share their intellectual labour with an audience that might be hungry to hear about it, but that remains firmly on the other side of a historical divide.

All that eye contact was getting to me, so I burrowed back into my phone. I had just finished reading The tattooist of Auschwitz by Heather Morris, and was now researching critical reactions to her book. I had a panel with Morris scheduled for Saturday at one o’ clock, as well as a panel with her that I would be chairing at the Kingsmead Book Fair the following Saturday. I remembered a controversy that had raged around the book earlier this year, and wanted to familiarise myself with the issues. 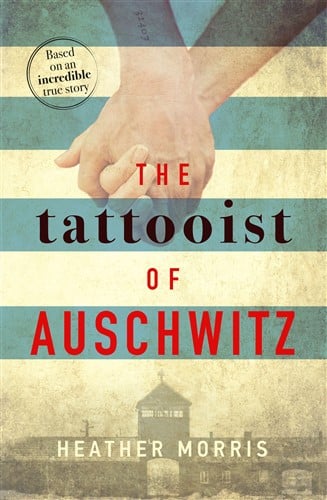 The tattooist of Auschwitz is historical fiction based on a story entrusted to Morris by a man known as Lale Sokolov, shortly before he died. Critics have pointed out that the number Morris quoted as having been tattooed on Lale’s wife’s wrist could not have been correct (it has been corrected in later editions of the book). They have argued that penicillin was not widely available during World War II, and that Lale’s name might actually have been spelled “Lali”.

While accuracy is undoubtedly important in historical fiction, particularly when one is dealing with such a traumatic part of history as the Holocaust, none of these errors seemed to mount up to a real controversy.

It seemed to me that these fact-based points were a proxy for the real issue people had with Morris’s book, which is that it wasn’t her story to tell. While Lale Sokolov specifically entrusted his story to Heather Morris, it remains true that her life experience is not that of a Holocaust survivor. Her novel is not #OwnVoices, as they say in young adult circles.

While Heather Morris has managed to shrug off this criticism to the extent that her novel is about to be made into a BBC mini-series, it reminded me of a debate that has raged at South African book festivals for years now, over who has the right to tell certain stories. I knew it would come up again at FLF 2019, and I was not disappointed. It was discussed at several panels, especially those dealing with youth fiction. The difference between 2019 and previous years is that there were now so many authors telling stories in their own authentic voices, that they simply couldn’t be accused of insincerity.

The shuttle bus dropped me off at my accommodation, which was as beautiful as in previous years. Writers who are lucky enough to crack the FLF nod will not be slumming it. Whispers of 400 thread count sheets and eggs Benedict for breakfast did the rounds over the weekend, as writers swapped notes about their luxurious accommodations.

One way in which the 2019 festival surpassed previous years was in book sales. The Saturday of the festival is traditionally the biggest day for bookselling. 2019 showed a massive increase in book sales from the previous year – an increase of around 50 percent. Organisers commented that this was a strong indication that the festival was reaching the right audience. Speaking anecdotally, I found that my four panels were extremely well attended, with capacity audiences squeezing into the Congregational Church and Hospice Hall. Book sales seemed brisk, and I was asked to sign several copies after each event.

As a weekend of literary entertainment, the FLF cannot be beaten. From the complimentary wine supplied by Porcupine Ridge on the lawns in front of the town hall, to the high standard of the panels, to the delightful choice of restaurants for lunch and dinner, everything is designed to please the festivalgoer. It’s a good idea to book ahead for what you hope to attend. Several of the panels sold out in advance, and reservations at restaurants were like hens’ teeth. My daughter and I were dying to get into the French Connection for dinner, and only managed to obtain a reservation by promising to arrive at 6:30 pm and vacate our table before 8:15. It was well worth it.

Smaller, independent publishers were just as well represented at the festival as their larger counterparts, with authors from Modjaji Books, MF Books and the self-publishing arm of the book industry giving talks to packed audiences.

While the Franschhoek Literary Festival may never become a truly diverse space, largely due to its location in a historically white and privileged community, it provides an opportunity for new and established writers to showcase their work in front of a deeply committed book-buying audience. Most writers have no ambition to become starving artists. We all want our books to sell well and to reach the widest possible audience. Being invited to Franschhoek is an invaluable leg-up for any writer’s career. May the festival continue to go from strength to strength.

The Franschhoek Literary Festival 2015 and the elephant in the room