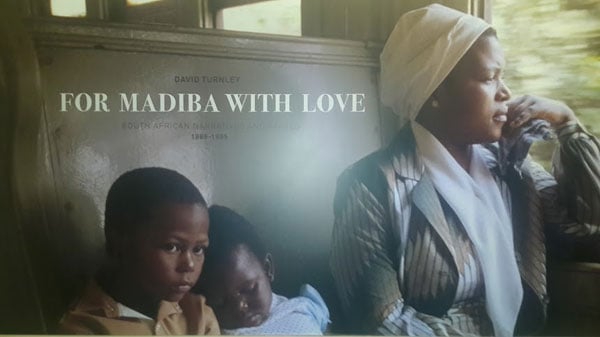 Having documented the life of former president Nelson Mandela and the people of South Africa, Turnley reflects back on photographing Mandela’s first steps out of prison in a new exhibition at Stellenbosch University’s museum from 25th August. 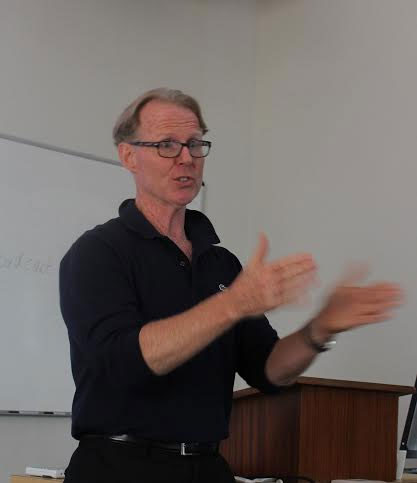 Speaking to an intimate crowd at Stellenbosch University’s journalism department, Turnley talks about his exhibition and South Africa’s progress 20 years after democracy.

With Mandela’s fists lifted high and comrades chanting “Amandla! Awethu!” David Turnley captured the raw emotion of the anti-apartheid struggle. The photo collection on display reads: “For Madiba with love. A tribute to Nelson Mandela.” 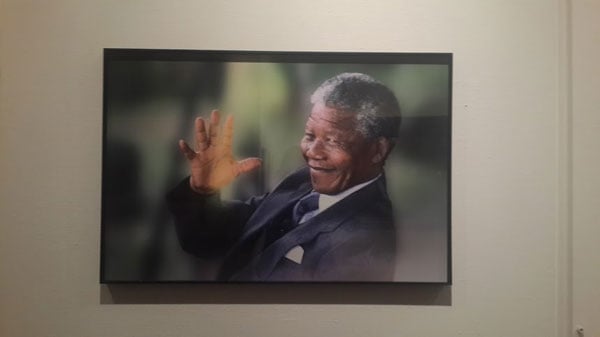 “I feel my life has been gloriously touched by his inspiration and I had no choice than to show gratitude. It is a tribute specially dedicated to Nelson Mandela, to South Africa and to humanity,” says Turnley.

“Apartheid was a powerful set of shackles in which everyone was a was a victim,” says Turnley.

A photo of police hitting people with whips over the back was captured and stored on a piece of film – a piece of film that gives us a glimpse into our past depicting a country that was torn by violent conflict.

“Apartheid was probably one of the most malevolent architected systems of corrupting human behaviour that has ever been orchestrated in the history of mankind.

“It was just beyond imagination. It was one blatant form of putting shackles on someone’s humanity.

“Mandela’s message that all should have consideration for each other’s dignity, regardless of who they are, is not a one-time message. It is a lifestyle. It is a mindset. It is a message that we can all benefit from. 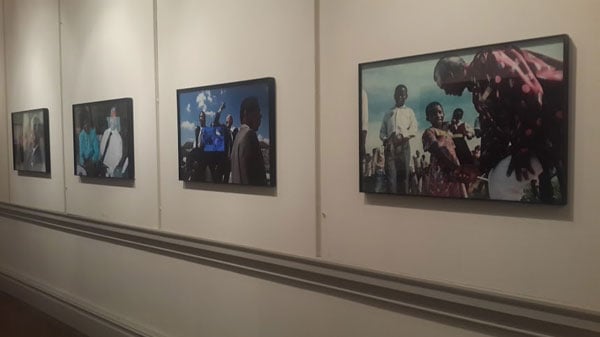 “I remember the day Mandela was released from prison,” Turnley reminisces about 11 February 1990.

“We were standing outside of Victor Verster Prison from five in the morning till four in the afternoon. I had dreamed of this moment for years, and I was determined  to make a photograph to document this moment that the world had been waiting for and that would be one of the most important photographs of my life,” says Turnley.

“When the prison gates opened and Nelson Mandela walked out with his fist in the air, holding his wife Winnie’s hand, the crowds roared with joy. When Mandela stepped out of prison it was not only a victory for South Africa, but a victory for humanity. It was important that that moment had be captured and celebrated.”

The picture of Mandela soon became one of Turnley’s best-known photographs reflecting the struggles and triumphs of Mandela. 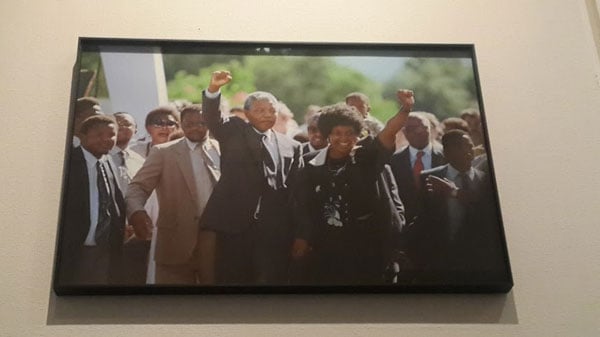 We were shooting film in those days. This required having our film processed by a lab that we kept open late into the evening and then the excitement of finding an iconic image that was sharp. I then returned to a hotel in Camps Bay, to attach a kind of facsimile machine to a telephone to spend 45 minutes transmitting the photograph back to the States. When I picked up the phone at the end, my editor came on the line to say: “This is the most satisfying photograph you have ever dispatched.”

For Turnley, the photographs which may have also had the most impact were images of everyday moments in the reality of South Africa under Apartheid, that captured the subtle indignities and humiliations of life filled with master servant relationships. 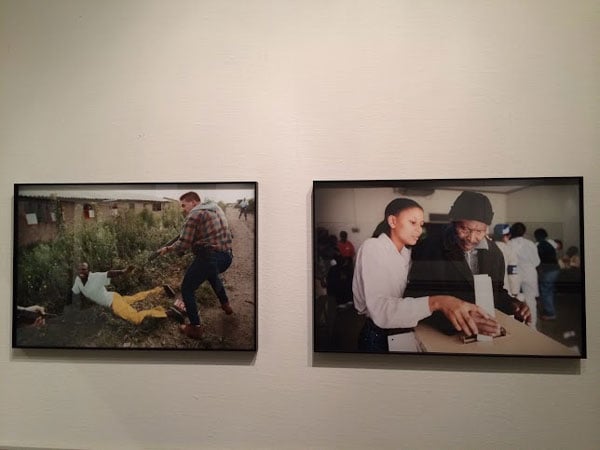 Turnley shared that he had had the pleasure of meeting at his exhibit the great Stellenbosch Professor Willie Esterhuize who had played a big role in back channel negotiations that paved the way for the end of Apartheid. He was impressed with the notion that Esterhuize proposed that a society cannot achieve reconciliation unless the people who have been on the receiving end of injustice feel genuine remorse from the perpetrator of that injustice.

"While photographing the human condition, you come to realize that life has rhythms. And as a photographer, you try open your heart and senses to frame these different rhythms as they occur in front of you."

A 1994 photograph in which Nelson Mandela gazes from the barred window of his cell on Robben Island where he had spent almost two decades, form part of the collection. This photograph has appeared around the world and bears witness to the sacrifice that Madiba made for the freedom of all South Africans.

My son has been born into a free South Africa. I could not be more proud of the possibilities that lay in front of his generation, and the tremendous change that has happened and that continues to happen in South Africa.

The exhibition is at the University Museum, 57 Ryneveld Street, Stellenbosch.

This contribution was produced as part of a collaboration between LitNet and the University of Stellenbosch's Department of Journalism in 2014. 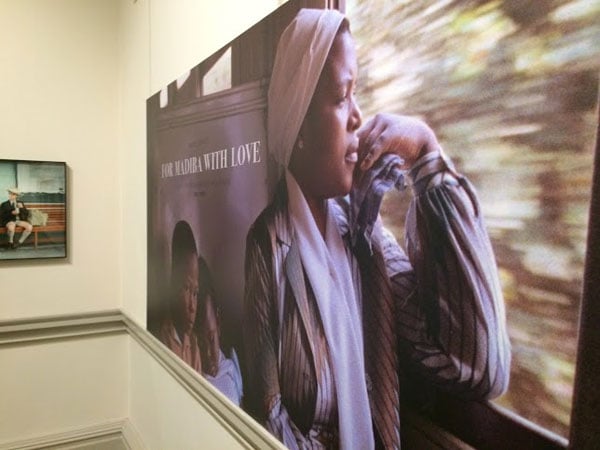 Images published with permission of the artist and the museum.