Cursed is a re-imagination of the Arthurian legend, told through the eyes of Nimue, a young woman with a mysterious gift who is destined to become the powerful (and tragic) Lady of the Lake. After her mother’s death, she finds an unexpected partner in Arthur, a humble mercenary, in a quest to find Merlin and deliver an ancient sword. 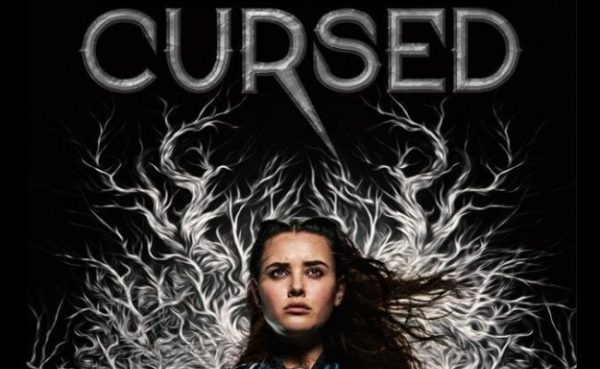 I was dead set against watching Cursed. It was going to be so lame. Then my media player froze, and the only thing that would play on a cold winter’s night was, ja, you guessed it, Cursed.

I was right. It is kinda lame. Really. Still, I think you should give it a try. I mean, I could come up with an excessively long list of things wrong with it, but I do not want to. I am tired. As I am sure you all are. This COVID-19 business is utterly overwhelming.

I am, however, curious as to why I found this not-so-great show so compelling to watch. There are far better and edgier works out there. Complex narratives that knock you out of your comfort zone (Sharp objects), layered dialogue that delights (Watchmen) or plot twists that break your heart without any warning (The handmaid’s tale).

There are way better styled and more exquisitely filmed shows on circuit. Really high production values are par for the course these days, especially on a Netflix budget. The new cinematography and styling standards have, of course, been set by The handmaid’s tale (Hulu). Every shot, the symbolic use of the red cloaks, the formations of white bonnets – riveting viewing. Even the Polish series The woods is simply beautifully lit, framed and filmed. You feel the summer camp sunshine on your skin. The post-communist, almost art deco interiors are intriguing.

Even though I nearly lost my mind towards the end of season three of Dark, there was not one tiny plot hole, not one scene where I rolled my eyes at the ceiling because it was far-fetched or silly. I do not know how they kept track of all those storylines.

What is it, then? Casting and corona fatigue.

Except for a very bland Arthur, every character is interesting and perfectly portrayed by lesser known, but more than capable, actors. Pym (Lily Newmark) was a marvel. The star of the show is, of course, Katherine Langford (13 reasons why) in the lead role. You forgive the series all its missteps, its tweeness, its improbabilities when she is on screen. She exudes a quiet, calm presence that draws you in. That is perhaps what we are all after now. A fantasy show that is bloody, but not mean. A show where you know Nimue and Merlin will survive, where Morgana will not turn evil and even Lancelot can be redeemed.

Here is a shout-out to season two being less lame, but as compelling.