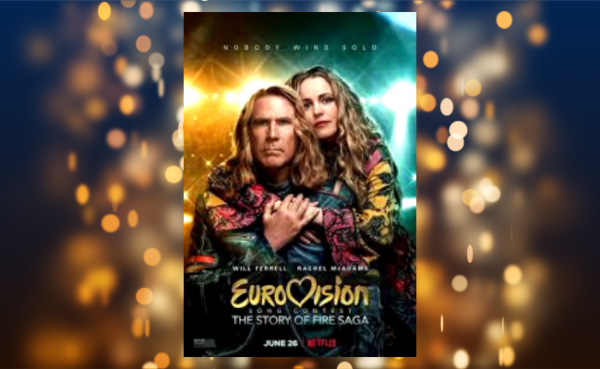 Why, oh, why did this film see the light of day? The obvious answer would be, for the same reason Adam Sandler comedies get made. Money. But even if the money will be used to finance other far better and more interesting films, I still do not see the point. What is the long-term effect on the film industry of making such unfunny, boring dreck? (And so hot on the heels of another unfunny, boring Netflix film, Lovebirds.)

Why would Rachel McAdams be seen dead in this film? If you glance at her Rotten Tomatoes profile, she has made some brilliant choices that are adding up to a solid career. Now this? Is it because of Will Ferrell’s iconic status? And why does he still have that kind of status? Oh, yes, he rakes in $103 m for rubbish like Daddy’s home 2 (21% on RT). The last solid movie he made was Anchorman 2: The legend continues in 2013 (75% on RT).

The messy trailer should have been enough of a warning. So when you struggle through this almost two-hour snore fest and realize the best one-liners were in that messy trailer, you have only yourself to blame. The over-the-top elements fall flat (elves?), Ferrell’s brand of humour is growing stale, and Rachel’s talent is wasted. The only highlight was Dan Stevens as the creepy, gay Russian entry in the contest, Alexander Lemtov. His accent was ridiculously over the top.

If Netflix continues to make such unfunny, listless, meandering money-spinners, I might look for my film fix elsewhere.

I hear Scorsese has jumped ship and headed over to Apple …