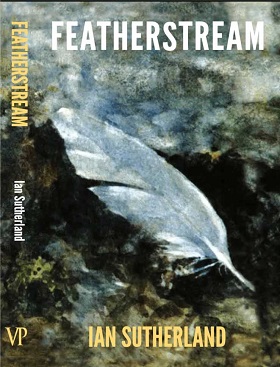 The historical novel as thriller goes back at least as far as Charles Dickens’s A tale of two cities. More recently, and among many others in this popular genre, are Robert Harris’s riveting novel about the Dreyfus trial, An officer and a spy (2014), and now, in a South African setting, Ian Sutherland’s first novel, Featherstream.

There are few serious historical studies of South Africa in World War II, as Bill Nasson’s racy and informative South Africa at War 1939–1945 (Jacana 2012) shows. Novels set in South Africa in either world war are also scarce, especially when compared with novels about the Anglo-Boer War, where much is made of the divided loyalties which tore many families apart. Yet, we know from anecdotal evidence how the Second World War, in particular, had the same effect, especially among Afrikaners. Some were pro-German, while others, the “King’s Afrikaners”, were staunchly pro-British and marched off to fight “up North”.

Ian sets Featherstream during World War II – in 1942, to be precise, and over a period of a few weeks in the Agulhas/Elim area and in Cape Town. He bases his story on two very credible theses. The first is that, with frequent German U-boat raids along South Africa’s poorly defended coastline, German vessels may well have been replenished by Afrikaner sympathisers in the southern Cape. The second is that, given the activities of the Ossewa Brandwag (OB) and its support for Nazi Germany, some extremist hotheads might well have plotted to annihilate the Smuts government, install a pro-German puppet regime and take South Africa out of the war.

The reader’s enjoyment of a novel, their engagement with the characters and the plot, can quickly be undermined by glaring errors or stodgy writing. Ian’s research is extensive and largely sound, and Capetonians may be surprised to hear about the underground canals in the Gardens, which play an important part in Ian’s tale. He knows what Cape Town looked like in 1942, where people went for entertainment and what its street life was like. He writes as confidently about parliament and parliamentarians and the political issues of the day as he does about submarines, sheep-dipping or church services in Elim.

Ian’s early chapters vividly evoke the unique environment of the Agulhas coast, an area he knows and loves. However, there are times when too much description slows the pace and distracts from the characters and the drama in which they are involved.

Similarly, while the background of some characters is almost too detailed, others are left tantalisingly vague. All we know about the dead mother of the heroine, Anna, is that she was an English “aristocrat”, although this seems unlikely, given Anna’s father Stefan’s antipathy towards the British. We are told that Stefan spent his childhood in Germany with his Boer refugee parents, but the crucial fact that he has a foster sister in Nazi Germany is mentioned so briefly as to pass easily unnoticed.

Ian writes well and fluently. Dialogue is often a stumbling block for a novice, but his characters speak naturally and sound genuine. A glossary is provided and will be helpful for non-local readers. For the most part, his characters, even the nasty ones, are convincing, especially the most complex and intriguing of them all, Stefan van der Vliet, Anna’s father, landowner and politician. A hard man, sometimes almost a monster and sadist, he is capable of love and the prey of divided loyalties.

Ian’s choice of a female protagonist, which could have been a challenge, works well, although the repeated emphasis on some of Anna’s physical features is somewhat jarring. Her realisation that her beloved if cantankerous father is guilty of treason, and her agonising indecision over whether to report him, are powerfully described.

Although largely a “white” story, there are hints of the unease which permeated inter-racial relationships, such as Anna’s friendship with her father’s foreman, Kleinjan, and the mutual attraction she shared with Kleinjan’s son, now safely “up North” with the Union Defence Force. Her scary foray into District Six reveals that more political, revolutionary forces were at work behind the scenes, perhaps supported by criminal elements.

Occasional anachronisms and inaccuracies distract, but are not serious, while the pace picks up as the book goes along. Although it starts quite slowly, it speeds up once the action moves to Cape Town, and ends with an action-packed finale.

A good historical novel can bring history to life, even for readers who hated history at school – which, unfortunately, means most South Africans. Featherstream is a successful first novel. It is written with great care and attention to detail, and has an unusual and credible plot. It is a compelling and readable thriller which convincingly brings to life the Cape of 80 years ago, a critical period in South Africa’s history. Altogether, it is well worth a read, and afterwards, you may find yourself looking forward to Ian’s next novel, which deals with a very different place and time.