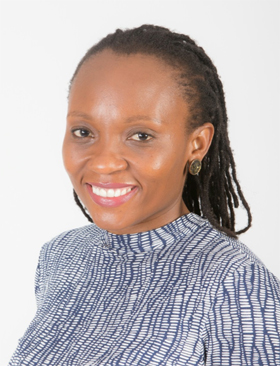 Two cities, 10 days and 65 local and international documentaries – that is what this year’s Encounters South African International Documentary Festival has in store.

This year, the festival celebrates its 21st anniversary, promising to be bigger and better than previous years.

Please tell us more about the Encounters South African International Documentary Festival. What does it entail and how does it work?

Encounters was founded in 1999, when the festival founders collaborated with Pro Helvetia on the first Encounters Swiss South African Documentary Film Festival. Since then, Encounters is now the leading creative documentary festival in South Africa and on the African continent. The festival strives to take an innovative approach to developing audiences and building capacity in the local and regional documentary film industry. Since its inception, Encounters has become an important site both of audience engagement through the main film programme, and of learning and transformation through its comprehensive industry and training offering. This includes workshops, masterclasses, filmmaking labs and access programmes, among other initiatives. The festival has significant economic, cultural and social impact, achieving these through initiatives such as its Inreach programme, which creates access for historically disadvantaged communities, and through the economic activity and job creation opportunities generated by the festival.

Encounters believes in the power of documentary film to transform, to create empathy and to contribute to mutual understanding and dialogue between cultures. Through its core activities, the festival has continued to be a vital platform, where both established and emerging filmmakers and audiences intersect with documentary cinema from South Africa and abroad. 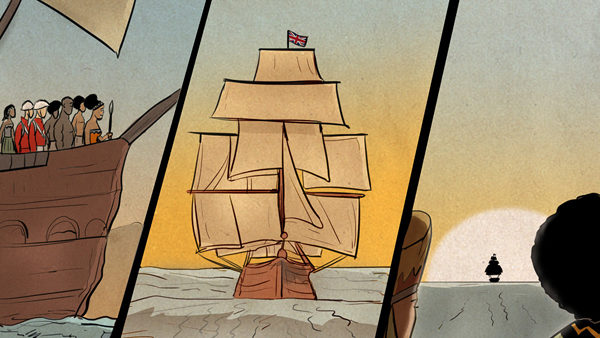 A scene from Zulu Return

The festival is currently in its 21st year. How has the festival evolved over the years?

Recently, Encounters has expanded the scope of its programming to encompass new media (virtual reality and interactive documentaries) and other forms of nonfiction storytelling, placing an emphasis on a contemporary, cross-disciplinary approach to both documentary reception and documentary production. The festival has also expanded its reach to satellite venues over the years, including the Bertha Bioscope at the Tshisimani Centre for Activist Education, and the Bertha Movie House at the Isivivana Centre in Khayelitsha, Cape Town.

What can visitors expect from this year’s festival?

This year, Encounters has programmed an exciting line-up of local and international documentaries. The international section comprises the most talked about, award-winning and award-nominated documentaries selected from the world’s leading festivals. Audiences should expect a compelling documentary programme that will ignite conversations about a range of urgent political and social issues, often with empathy and deep insight: from justice denied for past political crimes, Jihad radicalisation and the influence of Fanon; to iconic humans: OR Tambo, Gorbachev, Miles Davis; to films about culture, underground Cape Town in the ’60s and ’70s, theatre during apartheid and traditional Mozambican dance and music. A showcase of a range of documentary formats is on show: thrillers, mockumentaries, animation and the micro-docs! 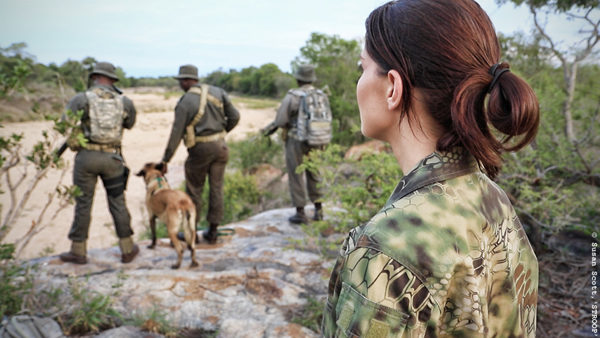 A scene from Stroop: Journey into the rhino horn war

As gripping and gruelling as the best of thrillers, this documentary tells how two inexperienced female filmmakers go in search of answers for the random slaughter of the world’s diminishing rhino population. The film is divided neatly into two halves: the first half, with the slaughter itself and the attempts by rangers, governments and paramilitary units to do battle with the poachers; and the second half, where the filmmakers journey to Vietnam, China and Laos, tracing where the mutilated cargo (more expensive than cocaine) finds buyers and entrepreneurs only too willing to keep the trade going. The specious belief in the curative properties of the rhino goes back hundreds of years in the East, and there are those willing to swear to its efficacy. A monumental work by a very brave pair. 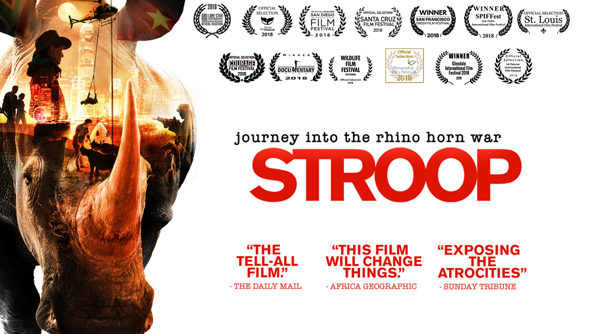 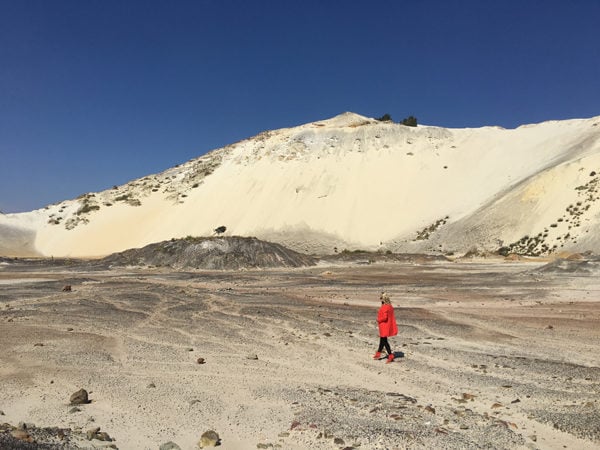 A scene from Jozi gold

Jozi gold exposes Johannesburg mines to be not so golden, after all. It paints a grim environmental and political picture of South Africa’s abandoned mines, which are in disarray, with toxicity levels that are harming communities. The documentary follows Mariette Liefferink, an advisory committee member of the South African Human Rights Commission, as she tries to pressure government and mining companies to confront and fix what they’re responsible for and continue to let occur: acid mine drainage, contamination affecting cattle and human health, radioactive land, and not informing the public of these risks. Her efforts reveal many mining companies’ indifference to the lives they’ve affected, contrasting this with the attitude of ordinary South Africans, who are desperately trying to make a difference – but, as Mariette says, “The wheels of justice turn slowly.” 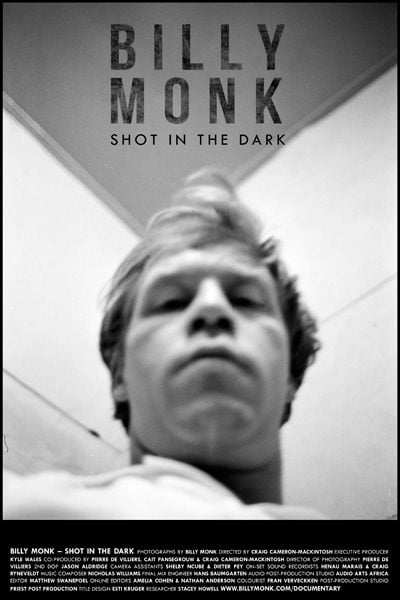 Billy Monk was a photographer and bouncer who worked at the Catacombs nightclub in Cape Town in the late 1960s. Using only archival photographs and beautifully composed contemporary interviews, director Craig Cameron-Mackintosh provides an engaging portrait of Monk, bringing together the key characters of his tragic story. Monk was working at a time when apartheid forbade the mixing of different races, and his pictures of love, desire and intimacy across the colour bar exist in stark contrast to the official order put in place by the National Party government. The resulting snapshot of Cape Town nightlife at the time offers a refreshing glimpse into a period of history that is usually rendered in very different images to those of Monk’s secret world of sailors, “sugar girls”, rock ’n’ roll and uninhibited joy.

The space tells the story of the theatre and community that gave birth to some of South Africa’s most important writing and acting talents, and its most significant works of protest theatre. Beginning in 1972, at the height of the apartheid struggle, the film presents a portrait of a country in which the non-white majority has been brutally silenced and racial tensions are at breaking point. With this volatile political backdrop, a group of artists risked everything to build a safe non-racial space, dedicated to artistic, social and political freedoms. Featuring Athol Fugard (now the most performed playwright in the world after Shakespeare), John Kani, Winston Ntshona, Fatima Dike, Nomhle Nkyonyeni, Wilson Dunster, Percy Sieff, Richard E Grant and many more, The space is narrated by multiple-award-winning acting legend, James Earl Jones.

A scene from Cold case Hammarskjöld

Danish investigative journalist, filmmaker and TV host, Mads Brügger, is infamous for his ironic and incisive trawling of the dirtiest of the tainted and the corrupt. In 2011, his documentary, The ambassador, was about the trading of diplomatic titles in Africa. Brügger impersonated a Liberian ambassador by purchasing his new identity on the black market. Now, he is back in Africa with guns blazing, on the trail of the plotters and murderers of UN secretary Dag Hammarskjöld in 1961. The dirt he uncovers creates a trail from London to South Africa via Belgium. In January this year, Brügger reported on the Hammarskjöld assassination and the skein of intrigue among the highest organs of government in The Guardian in London. A film of great importance. Miss it at your peril. 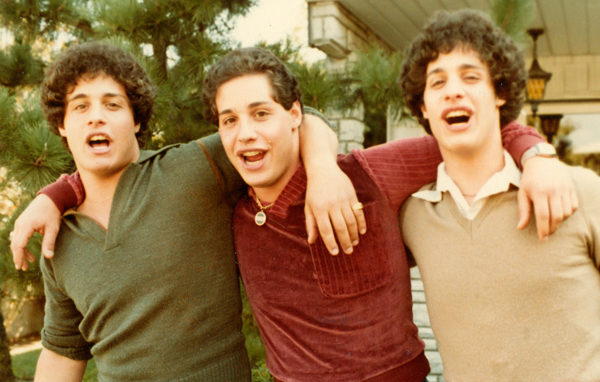 A scene from Three identical strangers

Set in the 1980s, Three identical strangers chronicles the story of three men who were reunited through a series of astonishing coincidences, after being born identical triplets, separated at birth and adopted by three different families. The tabloid-friendly, feel-good story quickly became a global sensation, complete with fame and celebrity, but the fairytale reunion eventually gave way to darker currents. As the brothers attempted to discover their true origins and the reason why they had been separated, they uncovered an unimaginable secret that would have radical repercussions for the three of them, as well as for wider society. Combining interviews, archive footage and dramatic reconstructions, the film takes us as close to the brothers’ experience as possible, giving an intimate account of an unsettling chapter in American history.

For more on the film programme, please visit the website.

The festival includes local as well as international films?

The festival programme consists of both local and international films in equal quantities. 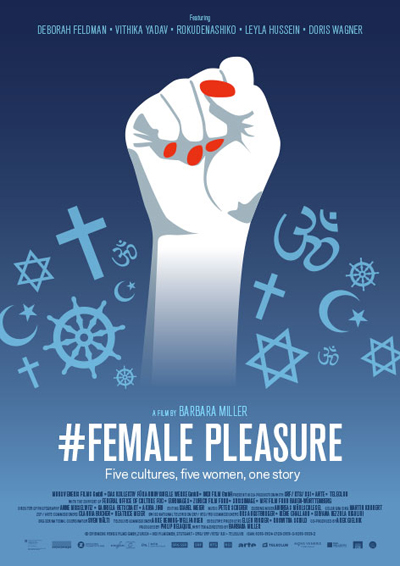 In which languages are the films that will be showcased this year?

The films are in English, Afrikaans, Zulu, Sotho and other indigenous languages. Some international films are in French, German, Swedish, etc. All films not in English have subtitles.

Why do you feel it is important to create a platform specifically for documentaries to be showcased?

Documentary festivals like Encounters provide independent filmmakers with a platform to showcase their works to larger audiences. Through Q&As and panel discussions, audiences can benefit from learning more about the films, and the filmmakers receive critical feedback from the audiences. The discussions also provide a democratic space for both filmmakers and audiences to discuss pertinent issues affecting society. 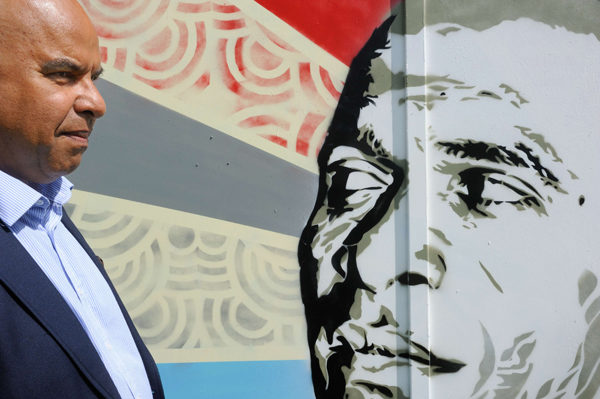 A scene from Fanon Yesterday, Today

Through the industry programmes, documentary practitioners are able to gain critical skills, and learn from their peers as well as from visiting international film experts. The festival platform provides crucial opportunities for networking between filmmakers, funders, media, broadcasters and distributors.

What makes this festival different to other South African film festivals?

The festival places a great emphasis on question and answer sessions and panel discussions, with the filmmakers in attendance. This provides audiences with direct access to filmmakers and a deeper understanding of the filmmakers’ intentions in making the films, thereby enriching their understanding. The festival is unique in that it runs an Inreach programme annually. For over 15 years, the festival has provided access to previously disadvantaged individuals and groups by securing sponsorship for tickets and transport. 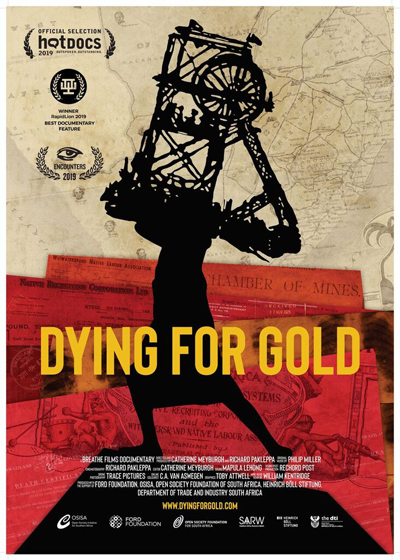