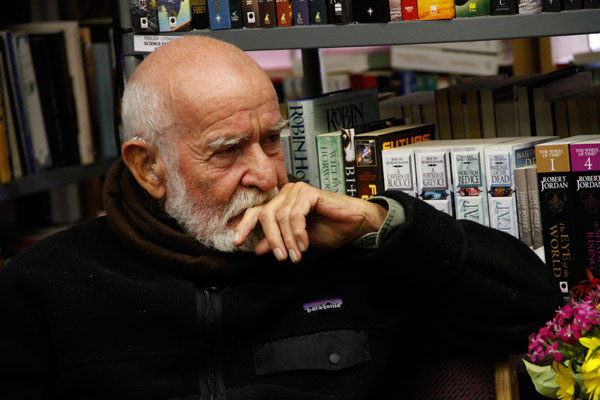 "'It is a great pity,' says Darryl David, founder of Booktown Richmond, 'that in the year that Athol Fugard (who people describe as the greatest living dramatist in the English-speaking world) celebrated his 80th birthday, Nieu-Bethesda could not honour one of her most famous residents. In fact, our press hardly gave him a mention on this momentous occasion. And that is what prompted me,' says David, 'to revive the Fugard Festival.'"

"Residents of Nieu-Bethesda need not fear," says David, "that Richmond is trying to colonize all the major festivals for ourselves. I realise we host BoekBedonnerd and the JM Coetzee Festival in Booktown Richmond. But I did start the Schreiner Festival in Cradock, and the Breyten Breytenbach Festival in Montagu. More than anyone, I think people will acknowledge that I am acutely aware of  writers’ bonds with certain places. And I know that you literally cannot have a Fugard Festival without Nieu-Bethesda. It would be akin to starting a Owl House Festival in Hanover!!!"

With this in mind David plans to host day one of the Fugard Festival in Booktown Richmond. "But on the second morning, we will take to the back roads on a literary pilgrimage to a landscape Fugard has hymned into South African literature – Nieu-Bethesda!"

The festival is being planned for the first quarter of 2013. Dates will be confirmed in the next month.  "But we would like to invite all past supporters of the Fugard Festival to please contact Darryl David at cowboys@sai.co.za or Peter Baker at pcbaker@mweb.co.za".

"We owe it to Athol Fugard, one of the great voices in South African literature, not to let the Fugard Festival die under our watch," says David.