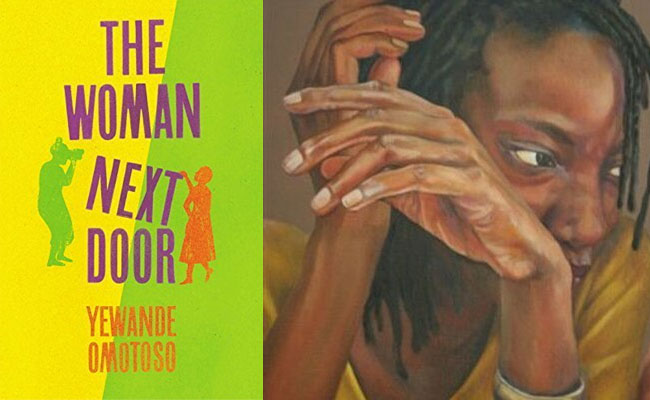 Neighbours: a word loaded with connotations. The biblical instruction of “love thy neighbour”, Verwoerd’s “policy of good neighbourliness”, Robert Frost’s “good fences make good neighbours”, and the usual neighbourly mistrust, animosity, even prejudice come to mind. Yewande Omotoso quotes Simone Weil for her epigraph: “The wall is the thing which separates them, but it is also their means of communication.”

The woman next door tells the story of two cantankerous old ladies – one white, one black – who are neighbours in a fictitious wealthy estate in Constantia, Cape Town: “It was known that the two women shared hedge and hatred and they pruned both with a vim that belied their ages.”

Seemingly, however, Hortensia James and Marion Agostino have a lot in common. Both are in their eighties, widowed, with highly successful careers behind them. Yet their lives have left them bitter and lonely. Interestingly, what separates them most clearly, skin colour and money, transpires to be quite superficial, as both of them are masters of pretence. What really divides them is something which stands between all of us when we encounter another human being of whatever background: the fear of reaching out and making oneself vulnerable enough to connect intimately.

Despite her legs gradually refusing to do her bidding, Hortensia walks in frustration to make memories “bearable”. She shouts at trees, counting them to vent anger. “Hating, after all, was a drier form of drowning.” The owner of an international design empire, Hortensia has lived a rich life, but most of it remained unnoticed when it actually mattered. Her husband dies after a long illness. Although his passing feels like liberation, his dying wishes force her to acknowledge some uncomfortable truths about their married, childless life. Driven by resentment, she attends her neighbourhood’s local committee meetings where she makes life miserable for Marion and other community members. They are confronted with a land claim which threatens to disrupt life as they know it. Another, more personal request is made of Hortensia, releasing ancient hurts she does not know how to address.

Marion, “a nasty woman who Hortensia did not like”, is about to lose her home. Her husband’s financial recklessness has left her potentially destitute. Their four children are mostly absent from her life, or cruel and dismissive to her when present. She has a complicated, fraught relationship with the woman who has been working for her for decades and has brought up her children. Their interaction captures the day-to-day tragedy of apartheid. Complicit, hypocritical and often naive, Marion has nevertheless made a name for herself as an architect, but the house she truly longs for, the first she’d ever designed, belongs to her neighbour Hortensia. The one thing that can rescue her from poverty disappears during an accident which involves both women and thrusts them into an uncomfortable closeness which will test the strong bond of “hateship” they have been cultivating all these years.

As Marion and Hortensia begin to break down their defences, not only is their troubled co-existence redefined, but they also discover that it is never too late to seek understanding, even redemption. They have a surprisingly great deal to teach each other.

The woman next door is a profound novel which will make you laugh and weep as you turn the pages with bated breath. The book stuns you with its insights as it shines a stark light on our shattered dreams, painful secrets we all keep, betrayals, hidden desires which have the potential to fester if abandoned, and that deep-seated loneliness all of us have felt at one stage or another in our lives, especially in the face of ageing and the inevitable, death.

And this: “They went on to have an okay marriage, an okay life. Like an okay house, with just that one room you don’t go into. Not because it’s unfurnished or ugly, but because it’s haunted. And there are no haunted rooms, really, only haunted houses.”

Omotoso’s observations about marriage are heart-breaking, but it all feels so familiar on so many levels. Most importantly, Omotoso shows that life and love are rarely black and white. They are full of nuances and contradictions. We can be simultaneously kind and cruel, open and closed, warm and cold. No matter how unlikable Marion and Hortensia might seem to start with, it is impossible to resist their irascible charm, to feel for the intimate wars they have waged against each other and the people they love.

Very subtly, the novel also works on an intense symbolic level as these two women of diverse histories attempt to find a way to relate to each other while dealing with seminal topics of racism, colonialism and land ownership. The great achievement of The woman next door is that the treatment of these issues is never laboured. They form part of the intricate fabric of these fictional lives, as they do of our reality, and allow us to contemplate our image in their mirror.

Yewande Omotoso’s debut novel, Bom boy, was published locally in 2011 to high acclaim. Spellbinding and shockingly beautiful in its tenderness, The woman next door should cement Omotoso’s reputation as one of finest contemporary writers.