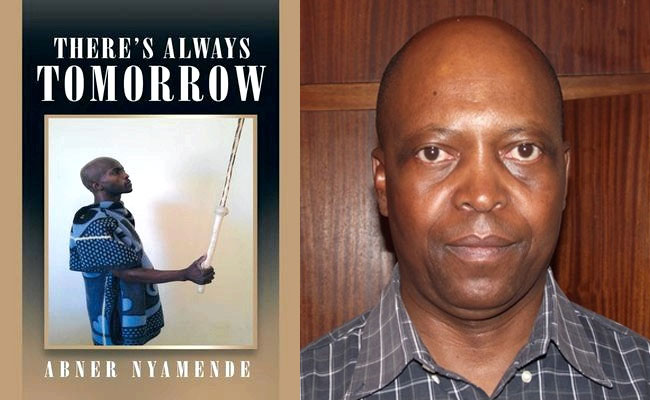 The overwhelming impression I had while reading Abner Nyamende’s There’s always tomorrow was that the novel had not been edited properly, if at all. It began with the first page, where the word “darkness” features six times without apparent reason. And the unnecessary repetitions are only the tip of the iceberg. After finishing, out of curiosity I looked up Partridge, the publishing house, and was informed that, although backed by a giant international trade publisher, the company provides only self-publishing services to their authors. Editing seems to be part of the professional packages on offer, but I cannot imagine that it was employed in this particular case. In this regard I was appalled at the quality of the final product, and it is a pity, because the book has an important story to tell. If the author did pay for editing of any kind, he was cheated.

There’s always tomorrow focuses on the life of Gabashe, who grows up in rural South Africa during apartheid. His father is first described as “a man of principle”, but is in fact a violent, unforgiving patriarch who rules his family with an iron fist: “[W]hen he was drunk, he was an animal, and he abused his docile wife and children most wickedly.”

Gabashe is bright and works hard. His older brother, Speech, relocates to Cape Town and without their father’s permission encourages his sibling to follow. Upon arrival, Gabashe discovers that “things would never be the same … He would live in a black township, go through non-white doors and gates and swim in non-white beaches. He would experience close proximity with white men like never before in his life. His father’s cattle, sheep, and goats were now a distant dream. It was as if he had taken a huge leap from one country to another – from Africa to Europe.”

When the father discovers what Speech and Gabashe had done, he disowns them.

After life in the Eastern Cape, the townships of Cape Town take getting used to, but Gabashe excels at school and becomes friends with Naomi. One day, the two become victims of a horrendous attack. Soon after, Gabashe disappears without a trace during the student uprising of 1976.

Years later, after the unbanning of the ANC, political exiles return home to South Africa, bringing with them rumours that Gabashe is still alive and well. Speech hopes that the news will reconcile him and his brother with their family. And Naomi, now a respected lawyer and mother of one, realises that Gabashe is the man she wants to spend the rest of her life with. But with the turmoil of the political transition around them and private loyalties tearing them apart, a happy ending for the couple seems unattainable.

Authors willing to take the self-publishing route have proven again and again that it can be a viable option. There’s always tomorrow tells a story of great socio-political relevance and the author shows some potential. However, without a strict developmental edit this book was a tortuous read. I was particularly worried about a number of unreflected comments and passages about women characters and their roles in the novel; I am reluctant even to quote them. They reek of blatant misogyny. Then there were all the unresolved contradictions, such as the description of the father I quoted in the beginning of this review, or a jarring statement like “Gabashe grew up as a spoilt child dearly loved by both his parents” when we know that he was repeatedly and cruelly beaten by his father. I struggled to see the reasoning behind the following example, among many: “Gabashe could only blame apartheid for being displaced so that he found himself with a family consisting of the wrong wife.” Apartheid was definitely responsible for his having to escape into exile, but not for choosing this particular person to marry for all the wrong reasons.

The title of the novel refers to something that Gabashe is told by Madiba himself: “There’s no time to spare. The time for suffering in the hands of an illegitimate government is now over. Our uniting slogan says there’s always tomorrow.” Gabashe’s story eventually has a happy ending. It seems contrived after everything that happens, but life is sometimes stranger than fiction allows for. It is indicated on the back of the cover that Nyamende has “firsthand experience of life during the apartheid period while he is presently part of the transformation that is taking place in that country today.”

There’s always tomorrow is a brave attempt at creative writing, but not a novel I would recommend to anybody looking for a good, incisive read.