The prestigious Sunday Times Literary Awards shortlist was announced this weekend at the world-renowned Le Quartier Français restaurant in Franschhoek, where literary icons and book lovers alike gathered to celebrate the results. Six books made the shortlist for the 23rd Alan Paton Award for non-fiction, and five made the cut for the Sunday Times Fiction Prize for creative writing, which is now in its 12th year. 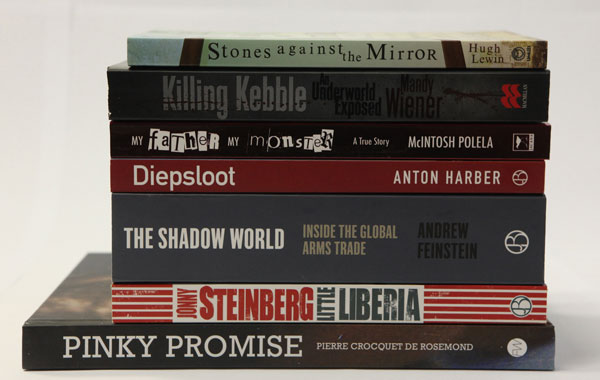 “The judging panel of this year’s Alan Paton Award were so moved and disturbed by photographer Pierre De Crocquet De Rosemond’s Pinky Promise, which examines the horrors and faces of the scourge of child abuse, that they decided to award the book an honorary mention,” says Tymon Smith, Sunday Times books editor.

In addition, there is also an extra book on this year’s Alan Paton shortlist. “This points to the difficulty of making a choice between 41 well-written, well-researched and carefully thought out books in a particularly strong year for the award. In the end, it was those books that displayed the most searing honesty with writing that moved the judges the most, that earned their place on the final shortlist,” says Smith.

Prishani Naidoo, activist, writer and lecturer in the Department of Sociology at Wits University, chaired this year’s Alan Paton Award judging panel. According to Naidoo the judges felt the shortlist represented the wide spectrum of writing-styles from the non-fiction longlist.  “It also seems significant that the shortlisted books include stories that venture beyond South Africa’s borders, dealing with issues of global concern and South Africa’s place in the world.  This perhaps reflects a slow move away from the (understandably) inward gaze and preoccupation with the national frame, which has tended to characterise writing by South African authors.”

One such up-and-coming author, who entertained and impressed the panel with her tightly told and well-researched account of the killing of Brett Kebble is Mandy Wiener who said the nomination meant a tremendous amount to her. “As a first time author with a relative short career in literature, this is an incredible accolade for me. It is so important that stories that feature in daily news agendas receive this kind of attention.”

Sarah Nuttall, chairperson of the Fiction Prize judging panel, and professor of English at the University of Stellenbosch, congratulated local publishers for encouraging and nurturing new writing talent but expressed concerns that in some cases a lack of attention to editing meant that several good ideas were not as well executed as they could have been and suffered as a result. Nuttal said “attention to editing will only help the industry as a whole in the long run, as it means that good ideas will be ably supported by excellence of execution, making it easier for these writers to compete on a level with those authors who have benefited from the advice of a patient and knowledgeable editor”.

On the fiction entries, Smith comments; “It was once again heartening to see young authors competing head-to-head with their more established counterparts, while also noting how contemporary issues and concerns are becoming more important to local fiction writers as they try to navigate the maze of identities, histories and pressures of life in a fast-paced, democratic, post-apartheid South Africa.”