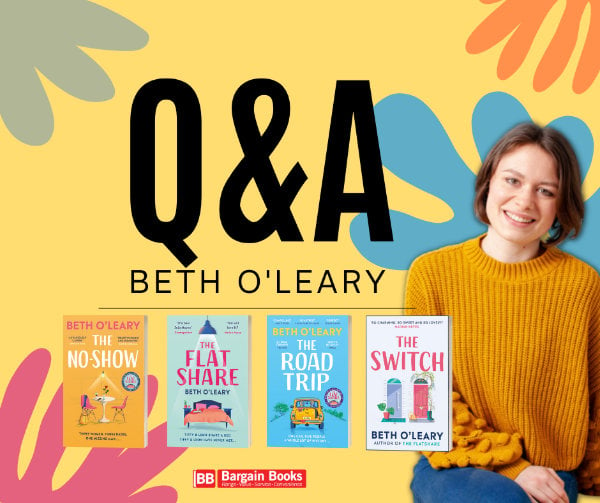 This Q&A with author Beth O’Leary has been provided by Bargain Books.

O’Leary’s latest release is The No-Show. 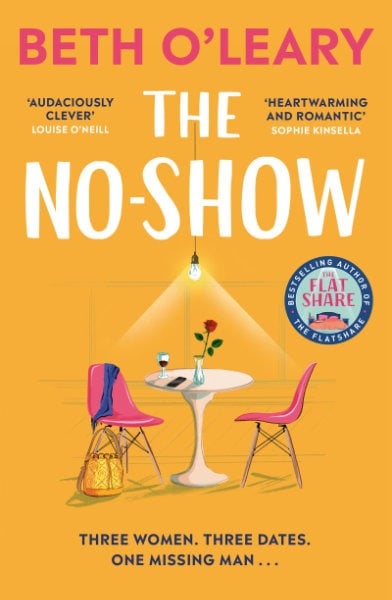 I’m very well, thank you! 2022 has been lovely – it has been wonderful bringing The No-Show out into the world, and meeting readers face-to-face at last after years of pandemic publication dates. And my little one is slowly turning from a baby into a toddler, which has been totally magical to watch. (He’s on the move now, so everything breakable currently lives on top of the kitchen cabinets …)

Let’s say you’ve just met a stranger and they’ve asked you what you do, and you’ve replied that you’re a writer, how would you respond when they inevitably ask you what you write?

I usually just say that I write romantic comedies. If they push, I’ll mention The Flatshare – that’s usually the title of mine that people are most familiar with. It’s always a lovely surprise when you meet someone who happens to have read your books, though there is that nerve-wracking moment where you think: “What if they didn’t enjoy them?!”

If you were a bookseller handing The No-Show to a reader unfamiliar with any of your other books, how would you describe it?

I’d tell them the pitch: three women stood up on Valentine’s Day – by the same guy. And I’d describe it as a love story with a side of mystery; and hope that would get them intrigued …

And how would you say The No-Show most significantly differs from your previous novels?

It’s my most ambitious novel yet, with the most complex plot I’ve ever constructed. It’s also a bit more of a tearjerker, I’d say (but don’t worry, it’s still heartwarming and fuzzy too!)

Your novels often centre around missed connections and intermingled identities – is it fair to say that? How do you go about crafting romance from misunderstanding or complication? 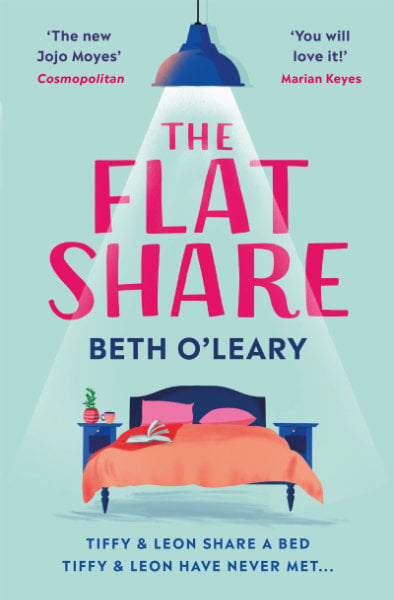 I do love to start with a quirky set-up that throws people together, whether that’s sharing a one-bed flat without meeting (The Flatshare), or all being stood up by the same guy (The No-Show).

Once I land on a way to connect my characters, they tend to start to come to life – I ask myself, what sort of people might choose to do this, or how would different people react to this situation?

The premise of The No-Show – three women dating the same man without knowing it – could easily have sinister overtones. Is that something you had to consciously lean away from?

I am often drawn to concepts that could actually be thrillers. I’m not sure why. But I love to take those ideas and warm them up, turning them into love stories and stories about friendship. I think you get the best of both worlds: the clever hook plus the cosy warmth!

Who is your favourite of the characters you’ve created? Are you allowed to have one?

Ooh, I don’t know if I could pick just one. In The No-Show, I do love AJ – he’s the sexy tree surgeon with a bad reputation. Part of the reason I love him so much is because he came to me fully formed. He just wandered on to the page and didn’t change from the first draft, really.

Across the board, your books have an exemplary warmth and wit. Has that been more difficult to maintain in recent years? Do you ever feel a pull toward gloomier fiction?

Thank you so much! I want my books to always have that warmth – it’s what I love as a reader, and the sort of fiction I like to write too. But I always like to weave some darkness in as well. For me, happy endings are more meaningful when you’ve seen the characters go on a tough journey to get there.

Outside of writing, what ideally would fill most of your time?

How do you go about setting up your central scenarios? How many of them resemble experiences that you have had yourself, and to what extent?

My debut, The Flatshare, was inspired by my own living situation – I had moved in with my boyfriend, a junior doctor working night shifts, and that gave me the idea about two strangers sharing a one-bed flat on different hours. But since then, I’ve looked elsewhere for the premises of my novels. If I kept trying to pinch scenarios from my own life, you’d probably find my books would get very boring very quickly … 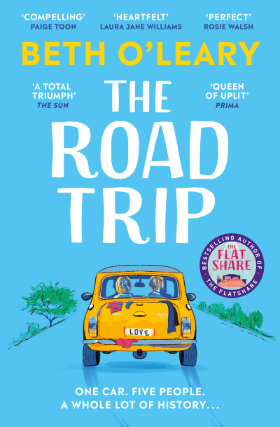 Premise first, for me. The characters grow once I’ve got that question or situation that excites me – that what if…

Which of your books, if you’re able to choose one, has given you the most joy?

What an interesting question. I found a lot of joy in writing The Road Trip, my third novel. It was hard writing The Switch, as I felt a lot of pressure to follow up The Flatshare, but with The Road Trip I could just let go. I wrote the book I wanted to write at that moment in my life, and it just swept me up.

…and which the most trouble? 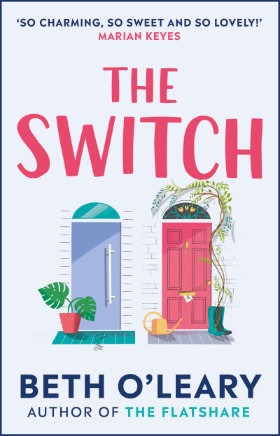 The Switch! My tricky second album. I was full of self-doubt, writing that one – I didn’t feel at all sure that I could even deliver another book, let alone a good one. I look back at that novel now and feel so incredibly proud of it – it was a tough book to write but I think it’s my warmest, sweetest read.

If your work was to be favourably compared to another author’s, to whose would you like it to be?

I have very occasionally been compared to Marian Keyes, and always feel like I’m about to faint when that happens. She’s one of my absolute favourite authors.

Do you think that there are principles that are universal to romantic fiction?

I suppose all romance novels value love, in whatever form that takes, and the power of love to change us. But it’s such a broad and varied genre.

If you were to veer off in another direction completely, what would you write about?

I really don’t know! I’ve never felt a pull to write crime or non-fiction or anything wildly different from what I do now. I think I’ve found my voice, really.

Is there a story or book you’ve always been meaning to write?

Yes! There is one idea that I’ve had since I was a teenager, and I’ve tried to make it work several times and never quite got there. Maybe one day…

Which writers are you finding most inspiring at the moment? Who’s your favourite to curl up with?

I know I can trust Emily Henry, Helen Hoang and Marian Keyes to write a novel I’m going to fall in love with – all three are such inspiring writers.

Where’s the most romantic place you’ve ever been?

There is a spot in the Peak District where a clear pool of water lies nestled amongst the crags like something magical – the sort of pond where you’d expect to find a water sprite. It’s stunning, and so romantic to me, because my husband and I discovered it on a particularly special holiday together.

What can we look forward to next from you?

I’m working on my next novel, which is still top secret, but will be coming your way in 2024. I can’t tell you anything about it yet, but I will say that of my books, I’d say it’s closest to The Flatshare.