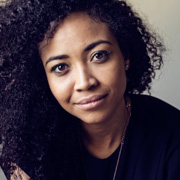 UCT Opera School graduate Lynelle is no stranger to the stage. Performances include Musetta in La bohème, Julie in Show boat, Cherubino in Le nozze di Figaro, and Saartjie in the award-winning Poskantoor.

Performances as soprano soloist include Messiah, St Matthew Passion, Handel’s Gloria and the Gloria by Vivaldi. Musical theatre credits include Mrs Lyons in David Kramer’s Blood brothers, Mattie Allen in Orpheus in Africa, Klara in Heidi – the musical, Maria in The sound of music and Grace in the world premiere of Calling me home.

For her portrayal of Maria in West Side story in 2015, she was awarded a Fleur du Cap Award, and the Naledi Award for reprising the role at the Joburg Theatre in 2017.

A collaboration with Albert Combrink and Clint Lesch saw them walk away with a coveted Fiësta Award for the recital Hunkering na die ses – ’n musikale reis in 2017.

Lynelle is a well-known media personality and TV presenter, having burst onto the scene as the runner-up in the Top Billing Presenter Search in 2012. Since then, she has presented on Pasella, has hosted Jý geld and, as of February 2019, hosts 1,2,3 Fixit on VIA. Movie credits include Twee grade van moord, Wonderlus and Playboyz.

A sought-after MC, she has a repertoire also including corporate entertainment and voice-over work. Live broadcasts include Dancing with the stars and the kykNET Fiëstas.

"Be bold and be flexible enough to keep reinventing yourself."