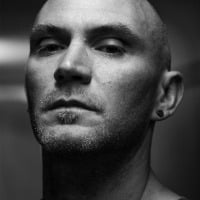 Louw Venter is a celebrated director, screenwriter and performer in South Africa thanks to the cult avant-garde comedy TV series The most amazing show (starring Corné and Twakkie) which he directed, performed in and co-created with Rob Van Vuuren, and proved pivotal to the emergence of the Zef counter-culture movement in South Africa.

After starting off at Gitam BBDO as a copywriter, Louw has focused on longer-form writing and directing for the last 20 years. His first solo project in television was Rugby Motors, a groundbreaking Afrikaans mocumentary series about working-class Capetonians, which he created and wrote.

In 2014 he wrote and appeared as the lead character in Konfetti, an international multiple-award-winning feature film based on his hit play The best man’s Speech. He’s the recipient of numerous awards and nominations, including Safta and Silwerskerm awards.

He was selected to participate in L’Atelier at the Festival de Cannes in 2015 with the screenplay for his directorial feature debut, The tree / Stam, produced by the cutting-edge Urucu Media. The tree / STAM will be distributed in Europe by Pluto Film and locally by Indigenous Film.

Louw works regularly as a writer, mentor and script consultant for major local broadcasters and the advertising industry. He is a ground-up filmmaker and copywriter who prides himself on the ability to take projects from inception through development and production all the way to polished post-production. His long history in film and television as well as cutting-edge comedy make him a specialist in performance.