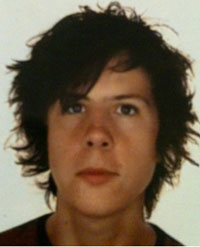 Dominic Davies is currently a DPhil student at the University of Oxford under the supervision of Professor Elleke Boehmer. He is researching the way in which colonial literature set in the geographies of South Africa and South Asia at the height of the British Empire configures the relationship between imperial infrastructure and various forms of anti-imperial resistance. He is the Network Facilitator for the Leverhulme-funded Network, “Planned Violence: Post/colonial Urban Infrastructures and Literature”.