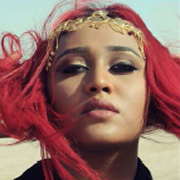 Berneen is a Durban-born actress and musician. Her passions for music and acting have grown alongside each other in a career spanning over 10 years. Berneen has appeared as both lead and supporting actress in a number of Lithuanian drama and reality TV shows. She is the founder of Not a Robot Studios, a production company focusing on music videos and developing independent feature films.

SA Indie Film Fest back for its second year

"On 26 May, the South African Independent Film Festival, or SA Indie Film Fest for short, will take place at the Labia Theatre in Cape Town, celebrating independent filmmaking and screening some exciting films."