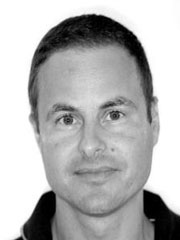 Andrew Salomon is the author of a young adult novel, The Chrysalis, and his short stories have appeared in several journals and collections. He received a PEN/ Studzinski Literary Award for African Fiction in 2009 and was shortlisted for the 2011 Terry Pratchett First Novel Award. He lives in Cape Town, but his work as an archaeologist has taken him all over southern Africa and a few places beyond. Tokoloshe Song is his first novel for adults.

"Paige Nick has demonstrated a unique talent for taking the pulse of present-day South Africa and weaving a story that offers the country’s zeitgeist to readers in an entertaining, irreverent and enjoyably subversive manner."

Established South African writers doing it for themselves

"Self-publishing is rising in popularity with South African writers who have previously released novels through traditional publishers. To get an idea of what the self-publishing landscape in South Africa is like, four local fiction writers – Paige Nick, Joanne Hichens, Janita Thiele Lawrence and Gareth Crocker – were asked to share their experiences."