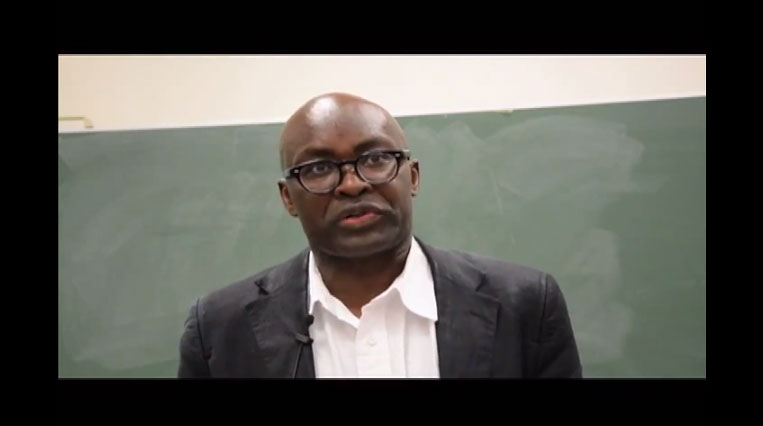 Joseph-Achille Mbembe, known as Achille Mbembe (born 1957), is a philosopher, political scientist, and public intellectual. He was born near Otélé in French Cameroons in 1957. He obtained his PhD in History at the University of Sorbonne in Paris, France, in 1989. He subsequently obtained a DEA in Political Science at the Institut d’Etudes Politiques in the same city. He has held appointments at Columbia University in New York, Brookings Institution in Washington, DC, University of Pennsylvania, University of California, Berkeley, Yale University, Duke University and Council for the Development of Social Science Research in Africa (CODESRIA) in Dakar, Senegal. Mbembe is currently a member of the staff at the Wits Institute for Social and Economic Research (WISER) at the University of the Witwatersrand in Johannesburg, South Africa, and a contributing editor of the scholarly journal Public Culture. He also has an annual visiting appointment at the Franklin Humanities Institute at Duke University.

Interview: The end of public universities in South Africa?

University Seminar 2016: Achille Mbembe on the new politics of the South African student

"The students ... It’s a generation of people who are more and more convinced that they have been sold a lie ... And they are determined to put on the table some of the questions we have put under the carpet for a long time. All those difficult issues we have not tackled enough. And that shift, that cultural shift it seems to me is much more important than anything else, and it signals a new form of politics, at least on campuses."