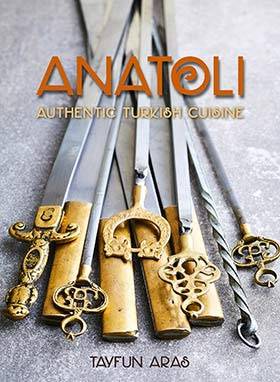 This recipe book might not have the type of hip and buoyant appeal you’ll find in titles like Armand kook kaal, but that’s alright, because you’re already well-versed in judging a book by its cover.

This one boasts a decorative shish set (or skewer set), suggesting that you’ll find something ancient and time-honoured inside. And it does just that, with a glimpse into a culture that is both robust in purpose and romantic in craft. Just as examples, you might not know that Turkish breakfasts are robust; and flip to page 148 for one of the most romantic photos of rice pudding you’re likely to encounter (even Pinterest doesn’t come close).

Anatoli by Tayfun Aras is not only a recipe book. It is a mini-memoir of his creative culinary life and a hearty diary of this much-loved niche restaurant in Cape Town, which was established in 1984.

Bevan Christie, original proprietor, offered the sale of the restaurant to Tayfun in 1998. In 2003, Tayfun was able to act on that “call of destiny”, as he describes it. The text is gently infused with a sense of belonging; recipes by Tayfun’s family are scattered throughout, and the snippets on his family life take one into the heart of his home without being overly explicit or tedious in the style of writing that many food bloggers adopt. This illusive and romantic invitation into friendship and family life is a successful way to sell a book on food. Many chefs employ it; attention-grabbers like Evita Bezuidenhout and Jeremy Mansfield apply it explicitly. The personal angle is not a vital approach in a cookbook, but very appropriate in this case: the target reader is likely to be a restaurant patron and wants to be invited from the table to peep behind the scenes.

It’s a handsome book. The photography is dashing, the artwork distinct, the paper on which it is printed a tactile delight, and the binding durable.

Anatolia is a region in Turkey, where Tayfun (pronounced typhoon) was born. Not only will you take a brief historical tour through the culinary delights of the Ottoman Empire, which had its seat in Anatolia, but Tayfun Aras gives away some of Anatoli Restaurant’s long-cherished secrets in this book – like the recipe for their bread, the vital accompaniment to the mezze trays. 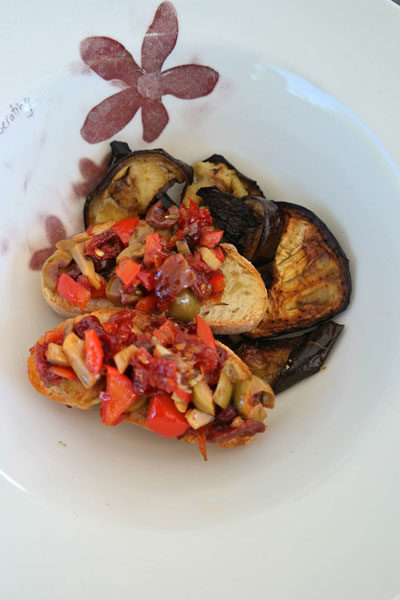 The book is beautifully organised according to courses, but there’s more. I loved that it has a visual glossary of typical Turkish ingredients near the front, as well as a separate section on tea and one on coffee. Its gestures of welcome and departure are authentic: your read will start off with Tayfun’s personal story (“My culinary journey”), and towards the end of the book he shares his home-cooking. There is even a chapter on the national alcoholic beverage, raki, just before the chapter on desserts. The book is well-structured, but not entirely predictable. Many of my other cookbooks start with chapters called by more bookish terms (“Introduction” or “Foreword”). The only bookish word on the contents page is the word “Index”. The style of writing is plain and accessible, but not too colloquial. But what about the recipes?

We started with the “Borek” (filo pie) on page 196. I liked the mince filling; it’s oily and tasty and goes far. It was perfect as picnic food. Use a shallow dish to ensure the pastry browns on top.

Next up was “Chicken with orange” (112), except that I substituted the chicken with duck (organic, of course), increased the liquid, increased the cooking time and added sweet potatoes towards the end of cooking. I had to substitute nigella seeds with cumin seeds and currants with raisins. It still tasted out of this world! I have since found currants (which are apparently in low supply due to the drought in the Western Cape) at Wellington Dried Fruit (23 Main Road, Wellington), and you can get nigella seeds from Atlas Trading in Cape Town.

Then, I made “Marmaris” (66). I used what I had: half black olives and half pimento-stuffed green olives. For the sundried tomato requirement, I used half dry and half soaked in olive oil vinaigrette (which one gets at supermarkets). We ate the Marmaris on toasted ciabatta with grilled aubergines alongside. I saved some of this mezze to have on spaghetti the next day. No parmesan needed. It was divine! And, come to think of it, it’s vegan, too.

Then, we made the “Circassian-style chicken pâté”. I was a bit worried about using an entire chicken (what if my family didn’t like it?), so I worked backwards: I reserved half the meat of a chicken I had roasted with garlic, herbs and lemon. I also saved the roasting juices and the bird’s carcass for boiling the carrots, onion, black pepper, clove and bay leaf. My reduction was about 500 ml. Thereafter, I followed the recipe as it stands. Even though I had only used half a chicken, it still produced enough pâté for three dinner parties. The taste? It’s comfy food with a subtle flavour. You’ll need extra olive oil to swirl over the top, and you can dust it with paprika before serving. It was great with our favourite gluten-free maize chips. Did my family like it? Oh, yes! Even my four-year-old.

Then, I tried the “Köfte” (72). I kept them round, but didn’t deep-fry them, to save on oil. They didn’t break apart during cooking. The tarator sauce was a perfect accompaniment; it’s also a great vegan sauce with beetroot salad or even falafel. I want to make the köfte again with Tayfun’s tomato sauce (also page 72); it takes 100 g butter, so it must be delicious! As an aside, chef Jonno Proudfoot (of Tim Noakes and banting circles) approves butter in his original recipe book published in 2013. His latest Real meal revolution (available in bookstores since November 2018) still has butter on the green list. Lots of butter is, as you probably know, also vital in France – where you can buy 80% fat-free butter or purpose-specific butter to bake or to braai.

Like Mireille Guiliano (French cuisine) and Jamie Oliver, Tayfun Aras has brought us recipes that are stripped down – meaning they are accessible and simple to create. The design and layout of the book add to this accessibility.

Some methods surprised me. I’m accustomed to sealing meat over high heat in an oiled pan (for example, the recipe for lamb shanks). But I’m not accustomed to sautéing meat over a medium heat without any oil until it releases its own juices (for example, “Sultan’s delight” and “Lamb in yoghurt”). The result? I tried “Lamb in yoghurt” (98) – it is wonderful.

The other surprise in the recipes is the frequent use of dried herbs, such as dried oregano and dried mint. Using dried mint is a habit I kicked after discovering Jamie Oliver, but many people don’t make a habit of buying fresh herbs, and growing them can be frustrating in a drought. I’m rather pleased to be using dried herbs again; they really work in Tayfun’s dishes, such as the chicken kebabs (123). If you don’t have time to thread kebabs, try the kebab marinade on chicken wings for a braai.

I also loved finding recipes that serve cold or uncooked what the English (or even we in sunny South Africa) might typically serve cooked and hot. Some examples: stuffed mashed potato and chickpeas – a cold mezze (46), liver served with raw onion instead of cooked (48) and a cold spinach dish (57). These dishes got me excited about summer. And then, there’s the joy in the humblest of dishes, like the “Shepherd’s salad” (170) and “Parsley salad” (172).

The words “concoct” and “conjure” kept surfacing for me while I cooked from Anatoli. It probably has to do with the experimental feeling one gets when making the mezzes, and the magical-carpet-ride visual of the decorative bowls, cooking utensils and soft furnishings carefully photographed for the book. 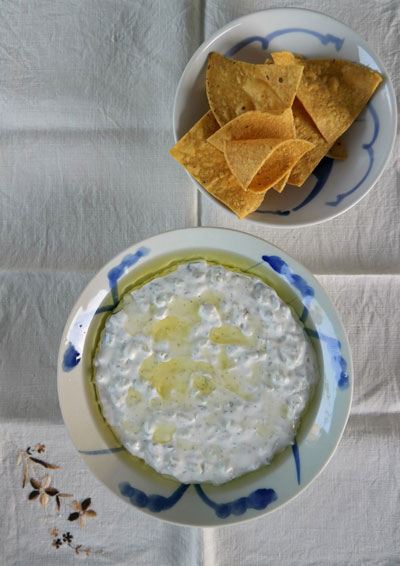 A Turkish carpet seems entirely familiar if one comes from an Afrikaans South African home. The thing is, though, in South Africa we tend to confuse Greek, Lebanese and Turkish cuisine if we don’t come from those cultures. This book helped me to recognise some of the differences.

My criticism of the book is small and has to do with the text editing towards the back of the book:

In the section on Turkish coffee (160), I got really confused because the text lacks a specific reference to the cezve. To figure it out, I asked someone who has made Turkish coffee: “The method is to mix a coffee cup of cold water with one teaspoon coffee and sugar to taste in a cezve.”

The sections on baked products (the Ramazan pidesi, the pide and the simit) were also difficult to follow, despite the descriptive photography. I think the text could have been tweaked. Or, perhaps, a YouTube demonstration would help.

The copious quotes – pertaining to food and the human experience – deepen the cultural journey. The original Turkish wording is graphically beautiful, and the English text provides literal and figurative explanations. I nodded in agreement when reading this quote: “Every brave man has a different way of eating yoghurt” (people sort out their problems in different ways). And this: “The anxiety of the shepherd is butter, the fear of the goat, his life.” The latter not only puts petty problems in perspective, but devises a statement of gratitude to the animal kingdom, which is so important in meat-eating cultures like Turkey and South Africa.

And then, there is this quote: “Let’s eat sweet and converse sweet” – this Turkish saying is mentioned in the foreword to the desserts section. Good books change one’s life. I now serve dessert after every meal in our home, not to heighten excess but to enhance family time and traditions. My presentations have become smaller, and tastes are infused with nuts, fruit and honey.

Jamie Oliver changed my cooking for good in a similar way by punting relaxed cooking and the importance of herbs. The book Anatoli has, in this short time, become a standard on my kitchen shelf, next to my books by Jamie. I must say, however, that I’m pleased that Tayfun does not adopt the colloquial style of referring to ingredients as “your” onion and “your” garlic, as many chefs do, including Jamie Oliver. (It’s unnecessarily personal.)

Being from Cape Town, I found that the book’s nostalgic value is worthwhile in itself. Yet, I am pleased I did not only judge this book by its beautiful images, but took time to read it. I am likely to use it in its entirety.