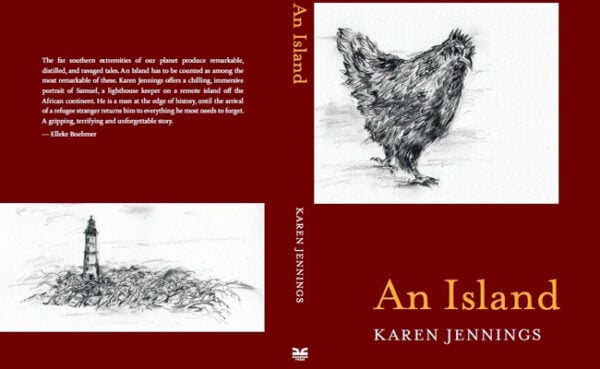 Karen Jennings’s An island is a remarkable novel, fully deserving the buzz of excitement it has stirred up. Longlisted for the Booker Prize, it was published jointly by independent publishers Holland House in the UK and Karavan Press in Cape Town. “It’s the same old story all over again,” said Karina Szczurek, publisher at Karavan, pointing a finger there and here, meaning that local writing still has to depend on European approval before it gets the attention it deserves at home. Little has changed since the 19th century.

“It’s the same old story all over again,” said Karina Szczurek, publisher at Karavan, pointing a finger there and here, meaning that local writing still has to depend on European approval before it gets the attention it deserves at home. Little has changed since the 19th century.

All credit, then, to the Booker Prize judges, who recognised quality when they saw it. It hasn’t reached the shortlist, but much good has already been done, with good sales, editions coming out in Australia and Nigeria, and the creation of a prize for new work – the An Island Prize – by the novel’s publishers. An island has won its place in South African fiction and beyond.

So, what is it all about? An island is a courageous, searching, disturbing novel of our time, a time when refugees die on the beaches of countries reluctant to receive them, and when postcolonial states, having failed, become more and more authoritarian and malevolent. Not many South African writers of Jennings’s generation are tackling such questions – not within the terms of realism, nor with such candour. How South Africa fits into the broad geopolitical situation in the novel is a question worth exploring, but first, let’s take stock of the novel’s literary self-positioning. 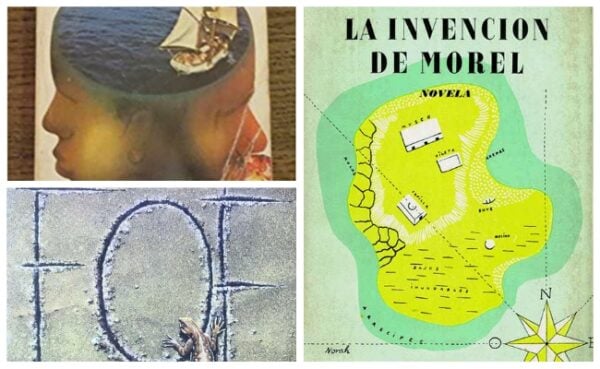 Island literature has a long pedigree. It can be both utopian and dystopian, and is associated with the birth of the novel in the 18th century (Robinson Crusoe, Gulliver’s travels) and modernist writing. To name just a few examples of the modernism in world literature: the Argentine writer Adolfo Bioy Casares, La invención de Morel (“The invention of Morel”, 1940); the French novelist Michel Tournier, Vendredi ou Les limbes du Pacifique (“Friday or The other island”, 1967) and, of course, JM Coetzee, Foe (1986), which introduces the female author Susan Barton to the male domain created by Daniel Defoe, turning the Robinsonade into an allegory of feminist, postcolonial fiction-writing. Island narratives are especially generative. Their pared down world lends itself to allegory and to the basic elements of the human condition. 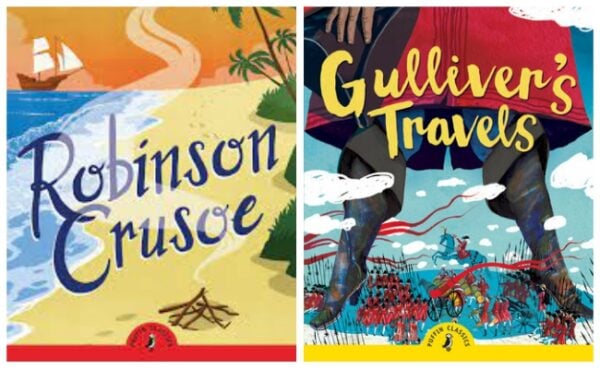 The tradition is well developed in South Africa. In addition to Coetzee, Marguerite Poland has published The keeper (2014); like Jennings’s novel, Poland’s is about relationships of suffocating intimacy that end in violence. Claire Robertson, in Isle (2021), offers a lighter twist by creating an island of women where the men who wash up become the objects of feminine curiosity.

Jennings uses all the resources of the tradition. The immediately striking feature of her writing is her use of finely observed, empirical detail, the style pioneered by Defoe that became the staple of 18th century prose. Here is Samuel, Jennings’s protagonist, on the first page, contemplating a blue plastic drum that has washed up along with a body on the island where he is the lighthouse keeper:

The drum was plastic, the blue of worker’s overalls, and remained in sight, bobbing in the flow, during his hastening to the shore. The body he saw only once he arrived. He side-stepped it, walking a tight circle around the drum. It was fat as a president, without any visible cracks or punctures.

What makes this writing effective is the anxiety generated by the detail: Samuel seems more interested in the drum than in the body. Why? What does this say about him? Why is the drum, not the body, as fat as a president? If the body isn’t bloated, might it be alive (which proves to be the case)? If the drum is as fat as a president, what kind of world is Samuel in, where authority goes hand in hand with corpulence? Concretely imagined detail, generating questions.

The success of Jennings’s art is that it is an art of ambiguity, and she uses it to good effect in building her plot, which unfolds around the material objects that are the focus of the narration: an open door, a VCR machine, a rag, a knife. The violence with which the novel ends is catalysed by an act of cruelty to a scrawny red hen that has been ostracised by its peers. (Hence the fetching artwork on the cover of the Karavan edition.)

An island is organised around two time frames. The events of Samuel’s current life take place over four days, each of which is given a chapter. A refugee washes up. Samuel is used to these corpses and has developed a routine for burying them in a drystone wall some distance from his cottage. This body, however, is alive and, under Samuel’s care, revives. Unnamed, “the man” doesn’t speak Samuel’s language, so they read and misread one another through looks and gestures. For reasons that become evident, Samuel needs his solitude, so this presence is felt to be increasingly intrusive. As the anxieties grow, he is more and more triggered by a chequered past. His memories and paranoid fantasies take us to the second time frame, which is Samuel’s life before the 23 years on the island began.

The historical canvas of the backstory is that of postcolonial history. There was an empire, flights of refugees, theft of land. There was an independence movement, now a distant memory held on to nostalgically by the older generation of Samuel’s parents, who feed off the mythology of a glorious struggle because it enables them to live with their poverty. Then, there is Samuel’s generation, which lives in the time of the Dictator, who came to power in a coup. Samuel is drawn by a girlfriend into the People’s Faction, a movement which takes a quasi-religious vow of allegiance to the land and commits itself to the violent destruction of everything that exists. The regime cracks down. Samuel spends time in prison.

Jennings’s account of the politics will cut close to the bone for South African readers. There was a time of “culling”, which looks very much like South African-style xenophobia, with a touch of Rwanda. A statue is brought down.

Jennings’s account of the politics will cut close to the bone for South African readers. There was a time of “culling”, which looks very much like South African-style xenophobia, with a touch of Rwanda. A statue is brought down. The intergenerational conflict of recent years makes an appearance in the figure of Samuel’s girlfriend, Meria. When Samuel’s father suggests that they might name their child Freedom or Independence, she hits a distinctly Fallist note:

“Where is your freedom? What did independence bring you? Your generation brought us failure, nothing more. You should have done it properly. You should have obliterated it all, started from the beginning, and not only tried to repeat what we had before. … This isn’t freedom, and no child of mine will be taught to think that this prison of exploitation is anything other than what it is.” (114–5)

This raises the question of whether the novel is Jennings’s commentary on the state of her home country (she now lives in Brazil). South African readers will recognise these elements, but it would be more faithful to the novel’s self-conception to say that it uses material from South African public life in order to reflect on conditions of possibility that could arise here or elsewhere. Postcolonial Africa is referenced unabashedly, but no country in particular is in focus, or not by deliberate design.

What is especially striking for a reader such as me – of a generation older than Jennings – is that the world created in An island is one that has been morally abandoned. There is no love to be found anywhere, certainly not in the relationships that produce children, as in the case of Samuel and Meria. What defines their lives is endemic brutality.

What is especially striking for a reader such as me – of a generation older than Jennings – is that the world created in An island is one that has been morally abandoned. There is no love to be found anywhere, certainly not in the relationships that produce children, as in the case of Samuel and Meria. What defines their lives is endemic brutality.

The two time frames are brought together via acts of burial. The first is of a friend and political fellow traveller who is found beaten up and left for dead in a derelict stadium, built, ironically, to celebrate the achievements of independence. In burying him surreptitiously under a pile of garbage, Samuel – in an allusion to Sophocles’s Antigone – risks falling foul of the authorities, who require certificates for the burial of the dead. The second is of a girl who washes up among the rocks on the island. Her throat has been cut, seemingly by Samuel’s visitor. These events inform his realisation that Violence (capitalised in the text) has become the watchword of his existence.

Samuel’s final act is a culmination of this violence and, paradoxically, a desperate and self-destructive protest against the triumph of cruelty in the world.

An island is an ethically driven and formally accomplished novel. Those making decisions about texts to prescribe in the undergraduate curriculum might consider it. If Mark Behr’s The smell of apples was a university text of the 1990s, with its emphasis on the uncovering of apartheid-era secrets – a novel that was eminently teachable because it was ethically centred, with clear lines of development – the novel that might play a similar role for the 2020s could well be An island.