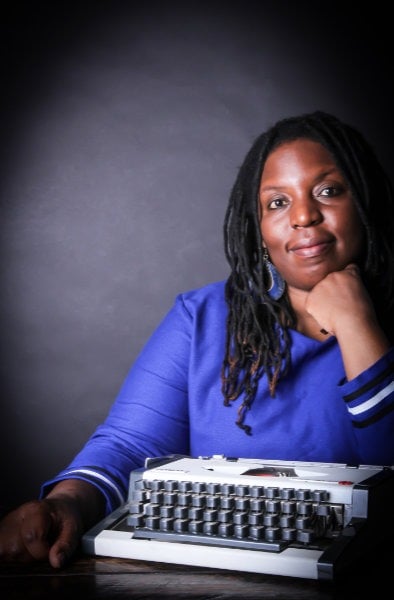 I believe that literature, if done right, speaks about much more than just the present moment – it allows us to examine the past and imagine the future.

Siphiwe Gloria Ndlovu is one of eight authors to have received a prestigious Windham-Campbell Prize in 2022.

The prize is the legacy of two men, Donald Windham and Sandy Campbell, who wanted to give authors “the opportunity to focus on their work independent of financial concerns”. Each author therefore received a substantial cash payment as part of the prize.

The first of these prizes was awarded in 2013 – making this year’s recipients the tenth batch of authors to have the award bestowed on them.

Siphiwe, congratulations! For you, this is monumental, but for Zimbabwe this is huge, since Tsitsi Dangarembga is the other recipient of the 2022 Windham Campbell Prize for Fiction. Have there been celebrations in Zimbabwe as a result?

Thank you! It was really great of the Windham-Campbell judges to award the fiction prizes to two Zimbabweans. What a great honour.

I definitely celebrated with my family, and we live in Bulawayo, Zimbabwe, so, yes, there have been celebrations in Zimbabwe.

If there has been a celebration on a more national scale, I am not aware of it. I suspect that Zimbabwe is a country that has forgotten how to celebrate such things.

That said, there certainly was a lot of media coverage in the country when the prizes were announced. It was wonderful to see the excitement and pride expressed in the newspaper headlines. So, perhaps that is how we celebrate as a country in the 21st century.

In announcing your prize, the judges said: “Siphiwe Gloria Ndlovu is both a chronicler and a conjurer whose soaring imagination creates a Zimbabwean past made of anguish and hope, of glory and despair: the story of the generations born at the crossroads of a country’s history.” Let’s park the “soaring imagination” for a short while. Zimbabwe, like South Africa, saw white minority rule and then a period of quite severe unrest after democracy. You do not shy away from the iniquities of either the white rulers or the new government and their henchmen. Would you see yourself as a chronicler of a certain generation?

No, I do not see myself as a chronicler of a certain generation. I believe that literature, if done right, speaks about much more than just the present moment – it allows us to examine the past and imagine the future. I probably think this because I write historical fiction and, therefore, the connections between the past and present are very clear to me.

Your question touches on the interconnectedness between the colonial/apartheid and postcolonial/post-apartheid eras – of certain forms of power, violence and oppression that create the “quite severe unrest after democracy”. In my writing, I am very interested in these continuities, in how purported change ends up looking very much like something we are accustomed to, in how certain things are insidiously inherited from one era into the next. To me, this is what it means to be a chronicler.

Storytelling – or, rather, the way I received it – is very much a multigenerational endeavour. The idea is that future generations will continue to learn from the stories that we tell, because human beings have the amazing ability to keep making the same mistakes, committing the same crimes and not fully learning the lessons that they ought.

Yes, my last name is a Ndebele surname. Yes, I am from a minority group. Yes, I tend to experience my country primarily from this vantage point, and also that of being a woman. I strongly believe that positionality and intersectionality make us see the world in particular ways – this can be both limiting and freeing.

Regarding the hardship, I do not fictionalise that, I write about it within a fictional context. There are attempts to silence, erase, rewrite certain voices and moments in history, so I think it is important to write about the messiness of our history every chance I get.

Let us stop and think about your “soaring imagination” again. On the one hand, you use magical realism in your work, and on the other you have ordinary people dreaming up big, if misplaced, plots to make their own imaginations take flight – I refer obviously to the dreamer who wants to create wings in Theory of flight. Are you a dreamer?

I am definitely a dreamer. I am someone who has always freely given themself over to their imagination. I actually thought that everyone else in the world also did this; it was only very late in life that I realised that this was not the case. I cannot imagine my life without the dreaming.

As a result, I do not think it is “misplaced” for ordinary people to dream big. The imagination should be allowed to take whatever fancies it will, especially for us ordinary people. The received definitions and understandings of what our lives should entail are usually so limiting and limited that dreaming can bring with it a much-needed element of freedom.

But who is Siphiwe? I know you hold a PhD from Stanford University and a master’s degree from Ohio University. How did a girl from Zimbabwe get there?

I am an ordinary girl from Bulawayo who dreamed of becoming a writer. When the time came, I applied to creative writing programmes in the United States. I was accepted to a few, chose one – the writing, literature and publishing programme at Emerson College – and attended the school.

My family, especially my mother, was very supportive, but not many people were. They told my mother that she was wasting her money, that I needed to do something more practical, that I needed to grow up and stop dreaming. I chose not to listen to these naysayers and chose, instead, to hold on to my dreams, which then took me to Ohio University to pursue film studies, and eventually to Stanford University to be a PhD candidate in modern thought and literature.

I didn’t realise it at the time, but all the people who tried to discourage me did so because I was an ordinary girl from Bulawayo and, according to them, I wasn’t supposed to have or – more importantly – realise big dreams. Those limiting and limited ways of thinking were trying to govern my actions and my path in life. I was thankfully buoyed by my family’s support and the strength of my desire to realise my dreams. If I had lived by the narrow definitions of what a black girl from Bulawayo could do, well, we wouldn’t be having this conversation.

Let us talk about publishing. Donald Windham knew what it was like to have a publisher pull the rug from underneath him. You, however, seem to have a rather good relationship with publishers. Catalyst Press are your publishers in North America and beyond, while Penguin Random House looks after you in southern Africa. I was privy to a note you wrote to the publishers in which you said: “I cannot thank you both enough for believing in my work. I really appreciate having the opportunity to share my writing with you and the readers.” Many authors think that self-publishing is quicker and will make them rich quicker. What is your take on (your) publishers? 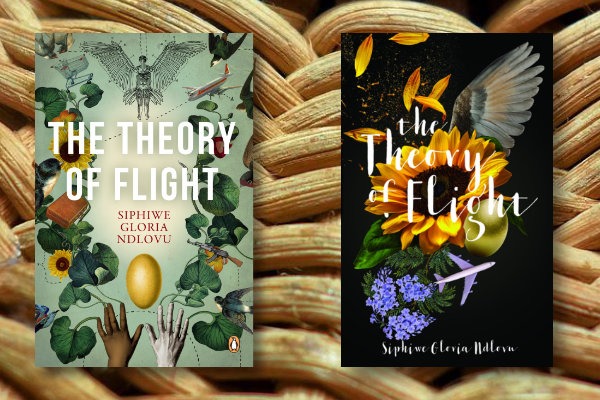 I feel blessed, fortunate and very lucky to have the publishers I have. Both Penguin Random House South Africa and Catalyst Press have understood my vision and championed my work. In retrospect, I realise what a chance Penguin took when they agreed to publish a novel from a debut novelist that had 30+ characters, a nonlinear plot and a story that was told from multiple points of view – among many other sins. I am immensely grateful to them for taking that chance. 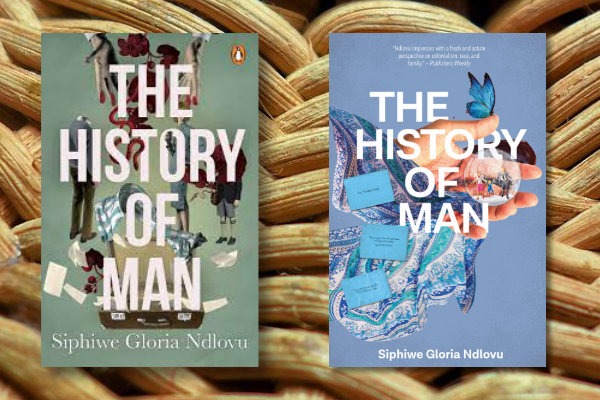 While I enjoy the solitude involved in writing and rewriting a manuscript, I also thoroughly enjoy the collaboration that comes with turning that manuscript into a book. I understand why some authors prefer to self-publish, but that route is definitely not for me. I appreciate the many different talents that editors, cover designers, proofreaders, typesetters, etc, bring together to create the final product. This is made clear in the differences found in the book covers of the South African and United States versions of both The theory of flight and The history of man.

You are a filmmaker as well. Does that influence your writing?

I have been told that I have a cinematic style, and I accept that more readily than I accept other labels that have been attached to my writing. I definitely love the visual language of film, and I am happy that I am able to use it when writing fiction as well. I will admit, however, that I am not actively aware when writing that I am being cinematic – that would be too “meta” or too much of an out-of-body experience for me. Having said that, I do know that watching a lot of indie and international cinema at the turn of the century – Robert Altman, the Coen brothers, Paul Thomas Anderson, Wong Kar-wai, Quentin Tarantino, Jim Jarmusch, etc – made me love stories that were character-driven, told from different points of view and brave enough to tell unique stories in unique voices, and that influence I clearly see in my writing.

After the announcement, you were quoted as having said: “There are still so many stories waiting to be told, and now, thanks to the Windham-Campbell Prizes at Yale, I will be able to tell them.” What can we look forward to?

The theory of flight, The history of man and the forthcoming The quality of mercy function as a trilogy, but they are also part of what I envision to be a series of six to eight novels that tell interconnected stories about Zimbabwe’s past, present and future. Receiving the Windham-Campbell Prize has made it possible for me to focus on my writing and continue the series. I am extremely grateful to them for making this, and so much more, possible.