The first major exhibition of papers and artefacts from the JM Coetzee archives opened on the evening of 9 February to honour Coetzee on the occasion of his 80th birthday.

For Coetzee’s birthday, the newly branded Amazwi had invited the writer’s family, friends, ex-students and colleagues from around the world. They came from the USA, the UK, Australia and South Africa, and were joined by numbers of younger “Coetzee people”.

The programme for three days of “warm and friendly” celebration included music performances, readings, talks and screenings. Coetzee himself was present throughout, visibly enjoying the proceedings.

Two new books were launched: Eva Cossee’s Boyhood (in Dutch, English and Italian) and Dorothy Driver’s A book of friends, which she had edited as a birthday gift for Coetzee (they have been partners for four decades). A number of the people who had contributed essays, poems, fragments of fiction and images to the book were present.

The main exhibition (“Scenes from the South”) graphically maps Coetzee’s current project: stimulating conversations and literary activities across the Southern Hemisphere. This “South-South” installation encircles the stage of the art exhibition hall. The central area is like a metropolis of glass boxes containing papers and memorabilia which create a physical biography dating back to Coetzee’s childhood.

A side installation, “The roads of France”, presents work-in-progress for a collaborative documentary on Coetzee’s “poetics of cycling”. GoPro photographer and Coetzee’s cycling pal, Rick Barney from New York, was on hand to talk through the language of the proposed film.

The exhibition is supported by a 72-page catalogue, and tablet flipbooks are available for those who wish to leaf through images from the more fragile documents on display (like Coetzee’s junior school notebooks). 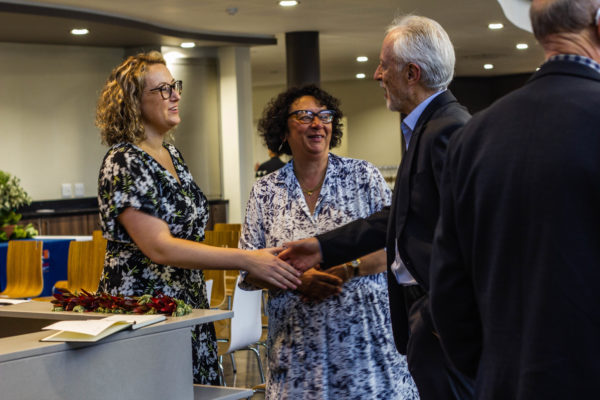 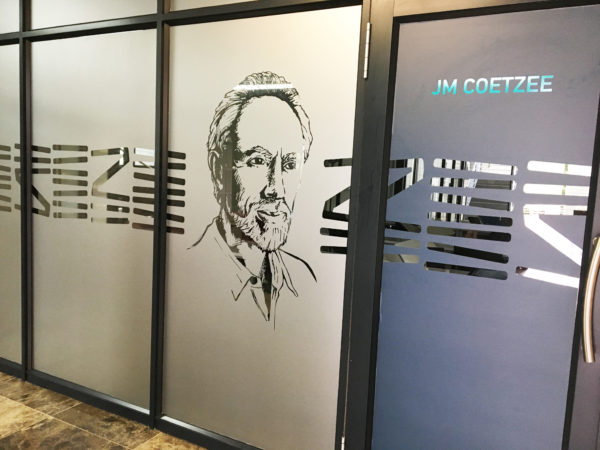 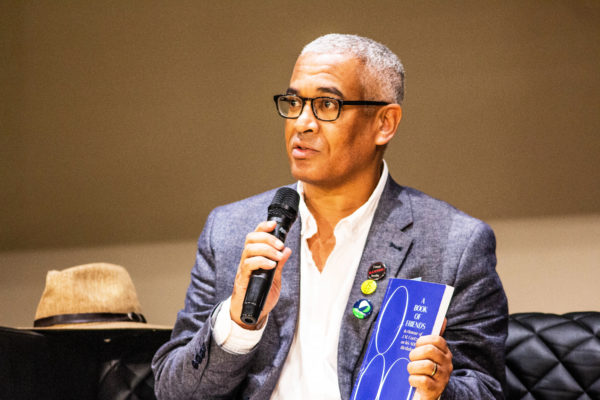 Angelo Fick launched A book of friends edited by Dorothy Driver – a birthday gift from her and the friends who contributed words and images. 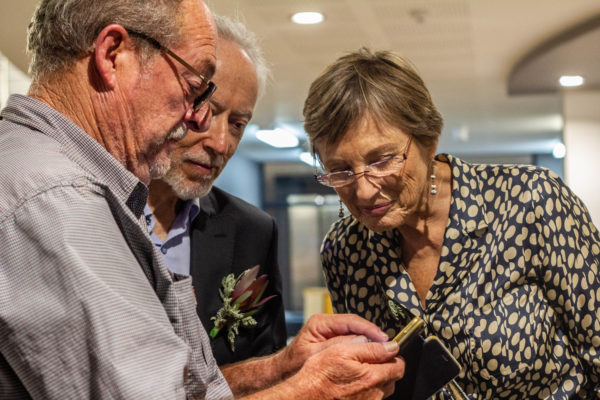 Charl Malan (Amazwi) shows Coetzee and Dorothy Driver the picture he had just taken of them. 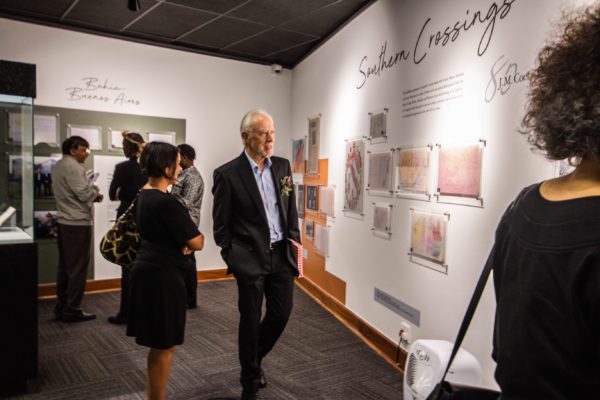 Coetzee and guests had first viewing of the exhibition which will move from Makhanda to Texas in July. 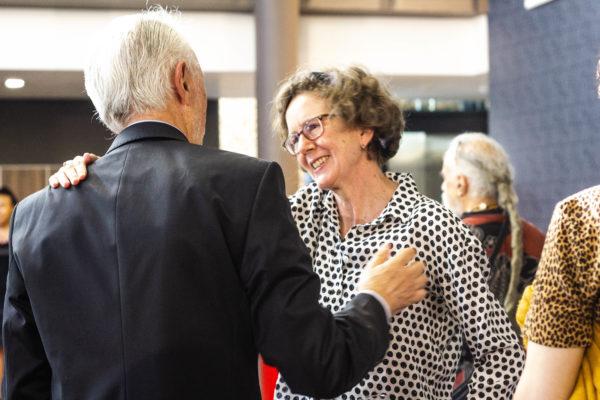 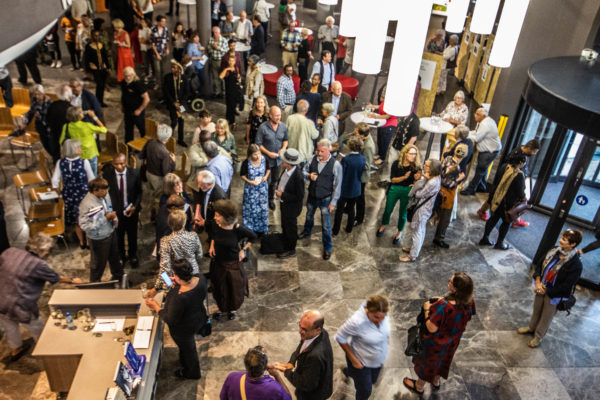 Coetzee’s friends converged on Amazwi from the USA, the UK and Australia for the birthday event. 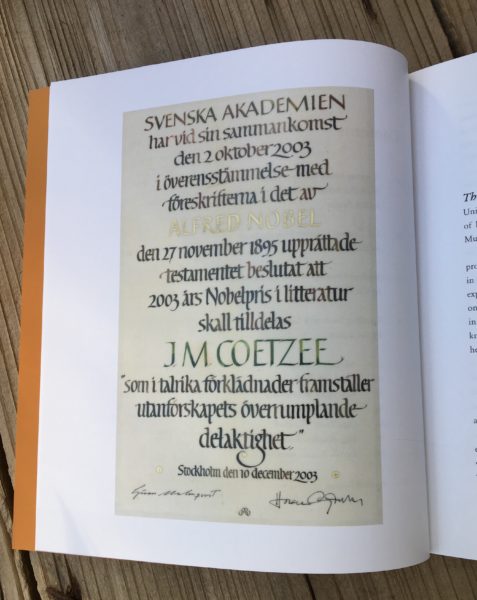 Coetzee’s Nobel Prize certificate is part of the exhibition and reproduced in the catalogue. 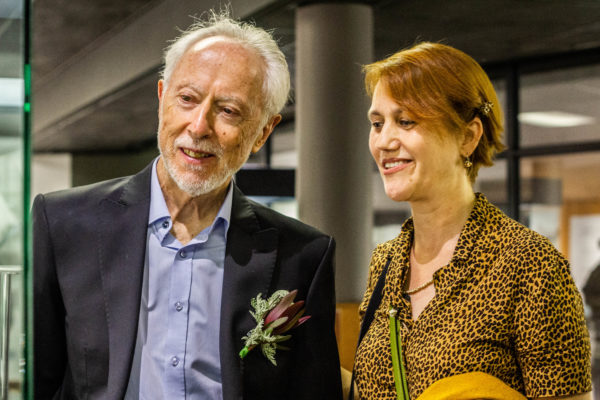 Kai Easton (co-curator of “Scenes from the South”) presented the exhibition to JM Coetzee. 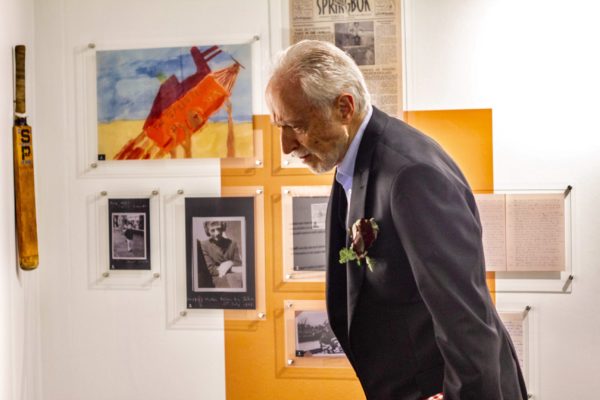 His school cricket bat, homework books and art, are part of the exhibit of Coetzee memorabilia. 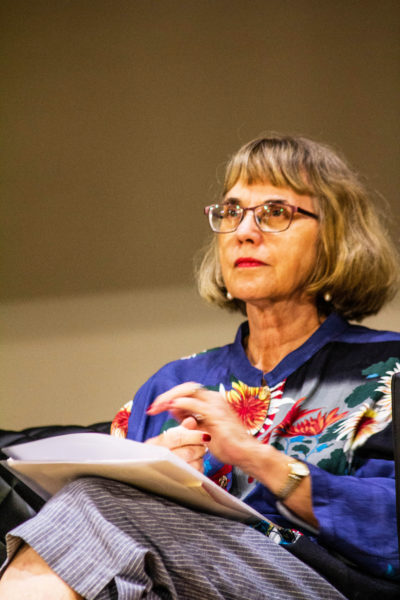 Ingrid de Kok, amongst other pieces, read two poems from the new A book of friends edited by Dorothy Driver. 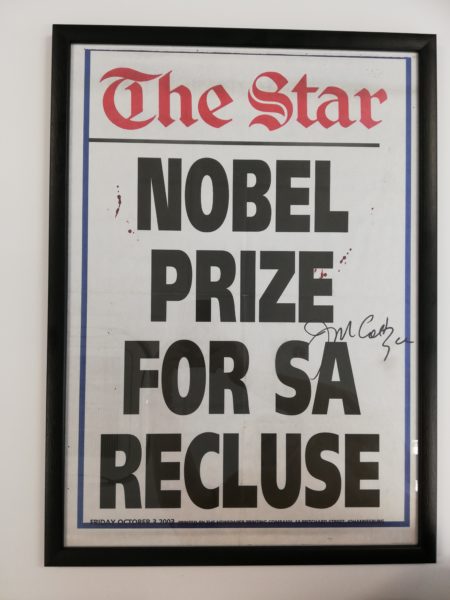 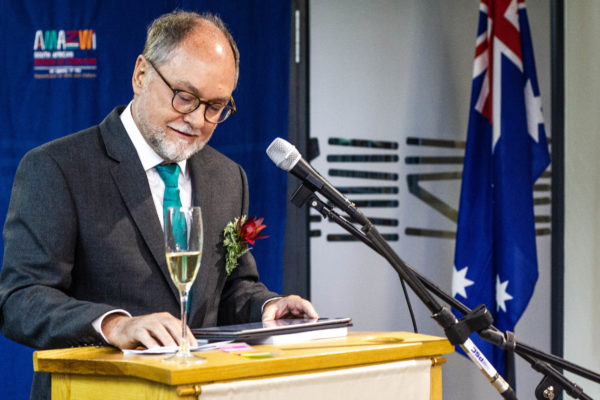 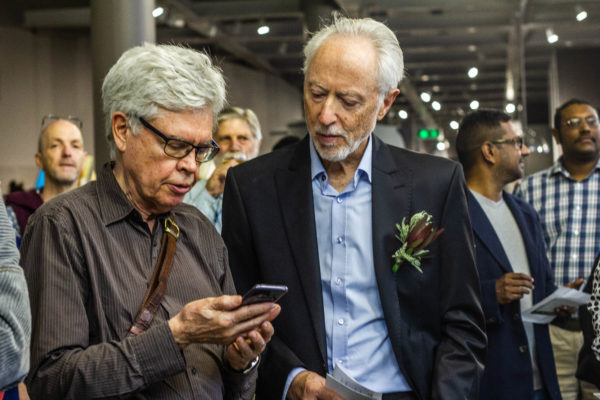 Derek Attridge (University of York) shares an image with Coetzee. 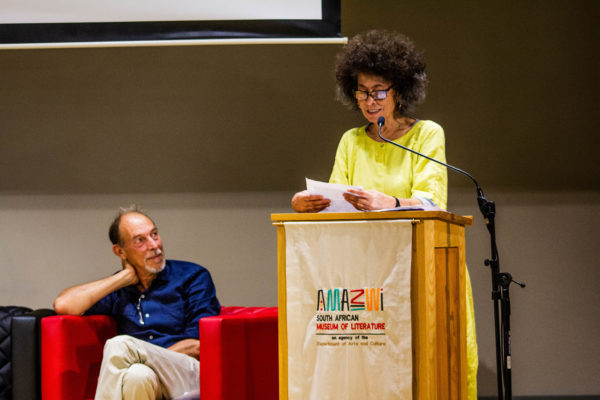 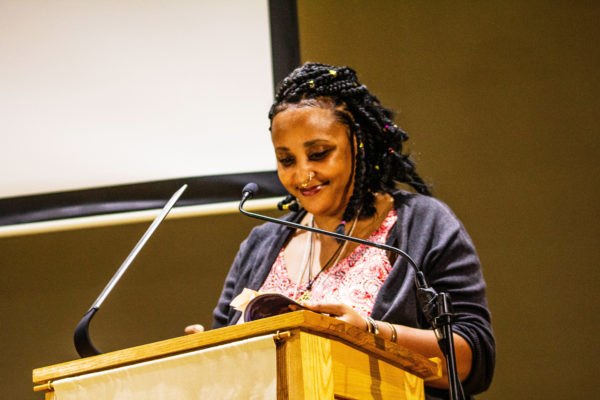 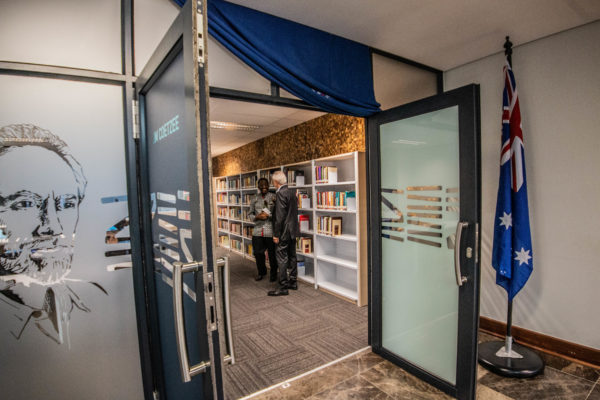 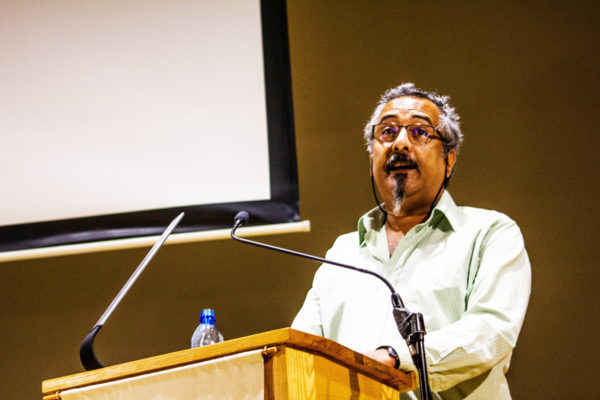 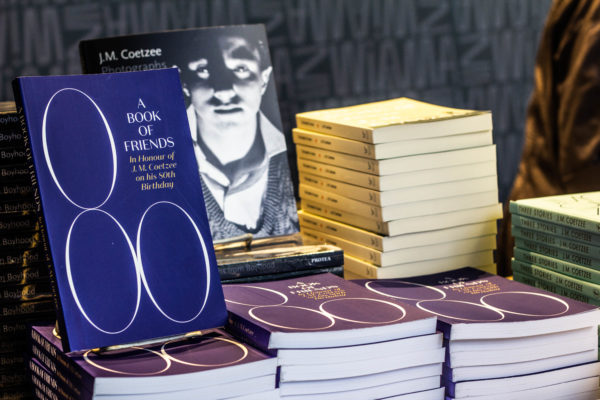 Stacks of Coetzee’s titles on sale at Clarke’s Bookshop that popped up at Amazwi for two days. 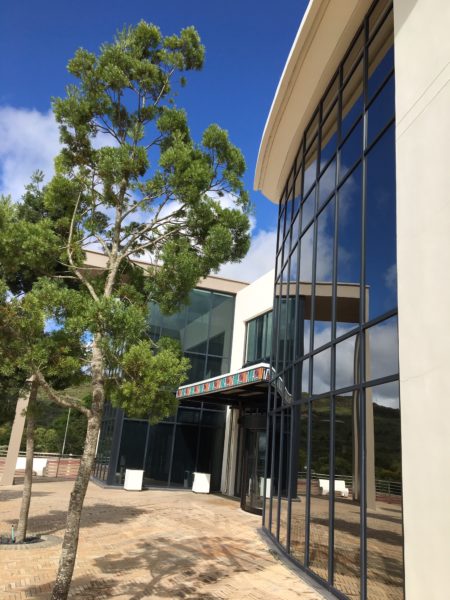 Thanks to state-of-the-art facilities, Amazwi can exhibit borrowed treasure from international collections. 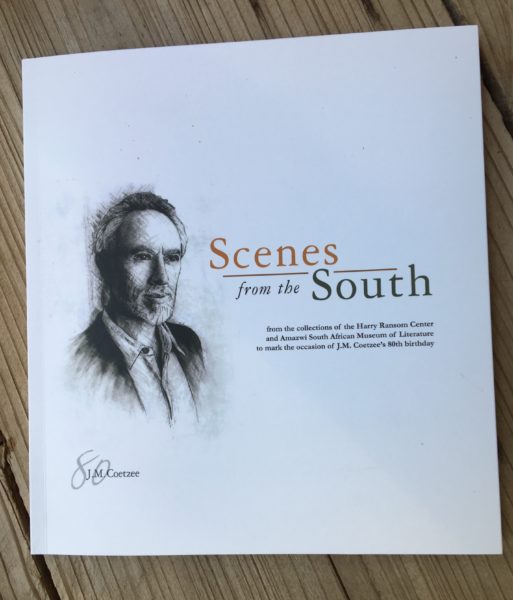 The 72-page full-colour exhibition catalogue is available from Amazwi. 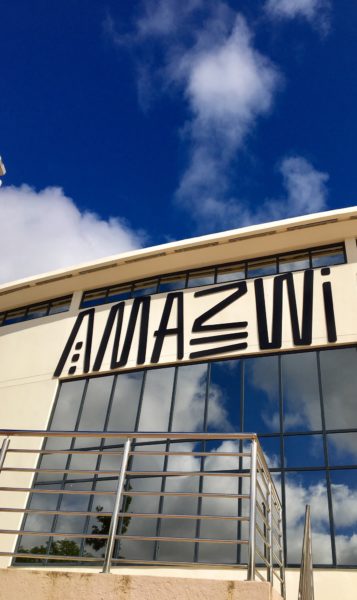 The new signature for Amazwi SA Museum of Literature 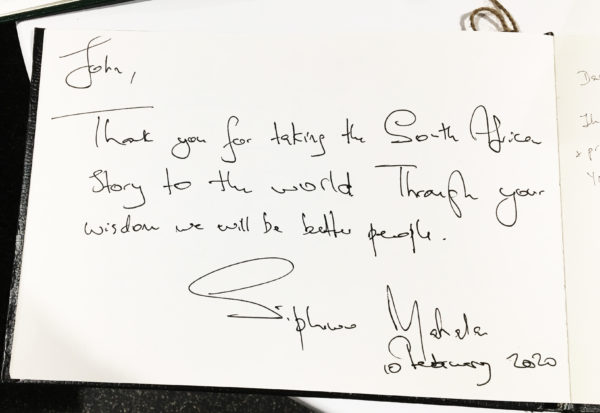 “Through wisdom, we will be better people,” Siphiwo Mahala wrote in the Coetzee birthday message book.

Kai Easton (SOAS, University of London), co-curator of “Scenes from the South”, will lead several walkabouts of the exhibition during the National Arts Festival in Makhanda (Grahamstown), 25 June to 5 July.