There has been much social media commentary on the appointment of the former Minister of Police, Nthathi Mthethwa, as the new Minister of Arts and Culture.  Much of this commentary has revolved around two key points:

On the first point, there are very few places in the world where every cabinet position is occupied by someone with intimate knowledge or experience of the sector for which s/he will be responsible.  Of course, it would help greatly if someone who knew about agriculture was appointed as the Minister responsible for this sector just as it would help a department to develop a vision and provide the leadership for the arts and culture sector, if a knowledgeable person was appointed to be politically responsible for arts and culture.

Of the six ministers responsible for the sector that we have had to date, the closest we have come to having such a person was Pallo Jordan, an intellectual, a man of letters, someone who had actually attended museums, galleries, theatres and who read books!  And yet, he hardly set the department – or the arts and culture sector – alight during his tenure.

Mthethwa may turn out to be a good minister (whatever metrics may be used to evaluate that); but this is not the point.  The point is that someone with, metaphorically speaking, the blood of 34 Marikana strikers and of the protesting Andries Tatane on his hands, has now been appointed to a position in which he is required to defend and promote the fundamental right of artists to freedom of creative expression, freedom of thought, freedom of association.  It is now his constitutional duty to defend the right of Brett Murray and Ayanda Mabulu to paint Zuma’s genitals as expressions of the abuse of power and of the rape of the public purse in renovating his personal home, for example.  Mthethwa’s roles in suppressing the right to protest and in defending the Nkandla expenditure render him completely inappropriate to the position of Minister of Arts and Culture!

As for the second primary point of concern, this is as it has always been: government, society and commentators generally have never regarded the arts and culture sector as socially, politically or economically significant.  In the 1994 Government of National Unity, the post of arts and culture was allocated to a minister of the third most significant party in the GNU, the IFP, while the ANC kept what it regarded as the most important portfolios for itself. 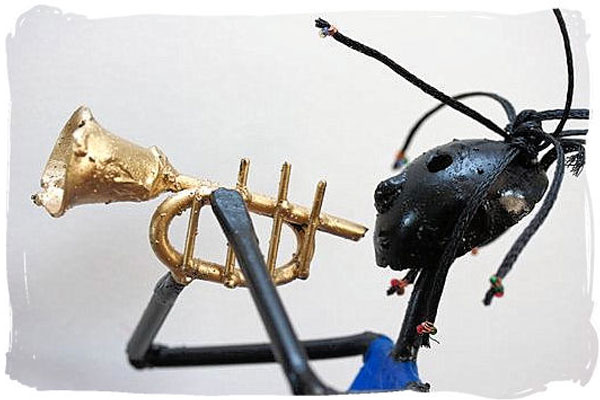 There is, however, a constant need on the part of the arts and culture sector to prove its worth to political decision-makers in the language of the day: job creation, economic growth, social cohesion, cultural diversity, etc in the hope that the sector will then be taken more seriously.  And, just when the sector believes that it may be making advances in this regard, the incumbents are redeployed, an election takes place, new departmental officials are appointed, and the process reverts to square one.

So, should we leave politicians alone and simply get on with doing our work, finding other ways to support what we do?  While a number of artists already do this, the short answer is, of course, no!  We should be engaging our politicians responsible for policy and funding matters that directly impact our lives, but rather than always conforming to their - or allowing them to set the - agenda, or brownnosing them, or bemoaning our lot, we need to be setting the terms of this engagement based on a vision for an arts and culture practice that takes cognizance of the range of people and conditions in our country and that serves all of these.

Our democracy is very much a work in progress which is why a politician whose department was responsible for a massacre can be moved sideways to another cabinet portfolio, rather than be roundly sacked.  If the last twenty years have taught us anything, it is that we as the arts and culture sector need to get out there and assert and practice our constitutional freedoms, not expecting anything from government; if they do come to the party in any way, then this should be regarded as a bonus, rather than as the prerequisite for our action.

While government has responsibility for these, democracy, freedom of creative expression and the fundamental human right of all to participate in the cultural life of the community and to enjoy the arts are too precious to leave in the hands of politicians, whatever their political hue.