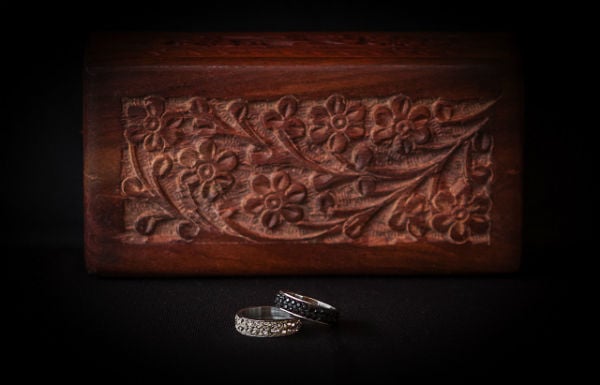 Sue woke up slowly, enveloped in a sea of pain. She heard her husband’s voice outside her room, and tried to move her body towards the door, with her head following slothfully. The doctor’s voice became louder; he was upset and agitated. “I told you that both of you should take the tablets, you big buffoon.”

A lucid memory interrupted her dream state: it was a Friday afternoon, just before the university’s Easter break. Summer was changing into autumn, and she set off to catch the train and do some shopping in Cape Town’s business district. Harry would pick up the car and meet her in town, where they had a pre-theatre dinner date with friends of Harry’s.

They met in town, and as they walked up the wide stairs of the Artscape Theatre, Charline came running towards them, waving her arms frantically.

Sue preferred her own company; she was too faint-hearted to face any retribution from others, and, above all, she had no taste for confrontation. In the face of duplicity, she was like a deer caught in headlights; usually, it took too long to adjust, and she was dead in the water.

By the time Charline reached them, Sue could see that all the anger was directed towards her. “Someone broke into the house and stole all my jewellery, and … and …”

Uncontrollable sobs followed, and Sue was once again caught in the headlights. Completely blinded and shocked into silence.

In the memory that was playing out as a clear, coherent dream, they continued to walk towards the group. Then, Harry dropped Sue back at the house just after midnight, and, when she entered, she found the girls sitting at the kitchen table, crying, bitching and bemoaning their fate – all their anger and frustration directed at Sue.

Baffled by their behaviour, she went to her own room and found it as neat and tidy as she had left it that morning. She opened her dressing table’s top drawer. The little basket that she kept her jewellery in was turned upside down, the contents taken. Everything else in her room was untouched.

The next morning, the local police dropped in, and Harry swung by.

“What are you going to do next?” she asked, as she handed the signed documents back to the plain-clothes detective who accompanied the police.

Rather bemused, he gave her a confounded look, and said, “It was an inside job.”

“Let’s go for breakfast,” Harry said, after the police left.

“What a great idea,” Sue said, and off they went to enjoy a balmy autumn day in the Cape Winelands.

When they returned from their day out and Sue walked into the house, she could hear her housemates discussing her. When they saw her enter the kitchen, they stopped talking. The atmosphere was morbid, and she felt uneasy; yet, in spite of her trepidation, she managed to speak to them.

“I’m sorry about what happened, but I really don’t understand why you are still so angry at me. It was a burglary in a house that we all share, so why are you directing your frustration at me?”

Sue was mortified by the look Charline gave her. Her face was blood red, and she screamed at Sue, “He, he … jerked off on my bed; I had to throw all my bedding away. I can’t go into my own room! Just the thought of someone having been in there is freaking me out completely.”

Caught in the headlights, Sue sat at the table, rooted to the spot. Speechless.

Megan started to cry, “Someone shat on my bed and used my panties to clean themselves.”

“Why didn’t you tell the police?” Sue asked, completely taken aback at their behaviour.

“You were the one talking to them,” Charline castigated her.

Completely bewildered, she drove to her parents.

“Pastor told me that he was checking on his grandchildren in number five on that Friday afternoon, and he also popped around to see if you were home. He knocked, but no one answered.”

Sue ignored her mother’s words. “I’m so frustrated with the other girls. They’re all mad at me. The thief did his personal business on their beds and stole their jewellery. My room was untouched, except for my jewellery that was taken. I’m now starting to think that Pastor might have interrupted the thief before he could get to my room. Although my little jewellery basket was emptied and placed upside down, it was put back in the top drawer.”

“Forget about those girls,” Sue’s mother said, and that was the last word that anyone ever spoke about the burglary.

When Sue came to herself, she was still lying in the hospital bed with a drip on her arm. She couldn’t work out whether she remembered the incident, or whether it was a dream: was the doctor seething at Harry, or was everything just a dream?

Within a couple of days, Sue was discharged from hospital, and Harry took her home. She was too timid to ask him about the exchange with the doctor, and the only dots she could connect between the doctor’s words, her dream and the long-forgotten burglary, was a growing feeling of unease.

When Sue and Harry set out to start their life together, her belief in Harry changed everything for the better – he had a way of soothing over her fears and worked his magic to abandon her insecurities. She had met Harry during her first year at university; it was obvious then that he was playing the field, and for the first ten months Sue shrugged off his advances. Later, they became friends, and Sue fell so completely in love with him that nothing else mattered.

The shadow of Harry’s liaisons followed them wherever they went, and Sue simply pretended not to notice. Having Harry in her life meant the freedom of the town: his broad smile and dapper figure made him a welcome guest just about everywhere. Being at his side changed her status from being just another single girl, to being included in the world of coupledom; she went from watching TV on Friday nights to hanging out in trending hotspots with Harry and company.

Those days, she had youth on her side, and she had the best of everything: looks, money, comfort – and a future with Harry. She was in love and biased – she knew things didn’t always add up, but she had Harry by her side, and he made it easy to start each day on a clean slate.

Soon, the dream and the episode in the hospital were safely tucked away with a multitude of other incidents, and life with Harry reached new heights – he was promoted, and they started to look for their first house. Harry’s best friend, Jerry, and his wife Ella, joined them on Sunday afternoons while they roamed the suburbs that Harry liked.

Jerry was assigned to the passenger seat, and Harry made the call once they’d looked at a prospective property. Sue sat next to Ella, staring into the back of Harry’s head, paralysed by her inability to speak up.

As time went on, Harry grew tired of Sue’s insecurities and tepidness, and cared less and less about hiding his chicanery. He was flying high, and, as far as he was concerned, attack was his best defence when it came to Sue.

In silent revolt, Sue stopped wearing her wedding ring, but it was a feeble attempt and went unnoticed – as with everything else that was left unsaid and unchallenged. Sue went back to watching TV alone on Friday nights, while Harry had a new lease on life and a growing fan club.

Harry’s burgeoning social life left Sue lonely and angry. In an effort to pick up the pieces, she had a makeover and tried to reconnect with him. She popped into his office to collect him for dinner after work, but found the office deserted. She called out to Harry and stuck her head into the kitchenette. She could hear heavy breathing and muffled laughter coming from somewhere. Sue turned around and ran out of the building and waited for him in the car, as they had arranged earlier in the day. Harry appeared ten minutes later and made a scathing remark about her new look, as he climbed into the car and made himself comfortable behind the steering wheel.

Many more months of discord passed before Sue regained her equilibrium: through their years together, Harry had many affairs and she felt that there was no place in his life for her. Anxious, fear-filled and lonely moments and now outweighed the moments of joy and togetherness.

Sue resented herself for giving up, yet it was exactly this odium that gave her the courage to leave Harry.

Harry reacted to the separation by treating her with disdain and giving way to a public display of his liaisons. He blamed Sue for leaving him and masked the true state of their relationship, until the time came when both of them had had enough of the strain and uncertainty about what had really happened, and what might still happen.

In a moment of clarity, Sue went back to Harry’s house, and sat outside on the garden bench, next to the lowered bedroom. From here, she could look down on their bed: on Harry’s side was his usual paraphernalia, and it was clear that someone else had taken up her side of the bed. She could see a wad of documents lying on her dressing table, with a hairdryer and make-up balanced on top. On Sue’s side of the bed, there was a huge bottle of cream standing on the bedside table.

Does it really not matter to him that I’ve left? Sue asked herself, while brushing away her tears. She knew that there were a myriad of women better suited to Harry and better at marriage than she was, so why should he think twice about replacing her?

Harry called Sue after he saw that she had been at the house. “Please come home,” he begged.

“Another woman is sleeping in my bed; how can I come home?” she didn’t say. A wail escaped her lips.

“No one is better than you,” Harry whispered.

Sue fell silent, but kept hanging on to his presence on the other side of the line. Just when she had mustered the courage to speak, she heard a woman’s voice in the background, calling out to Harry.

“You’ll never forgive me,” she said, after she heard that Harry had disconnected the phone.