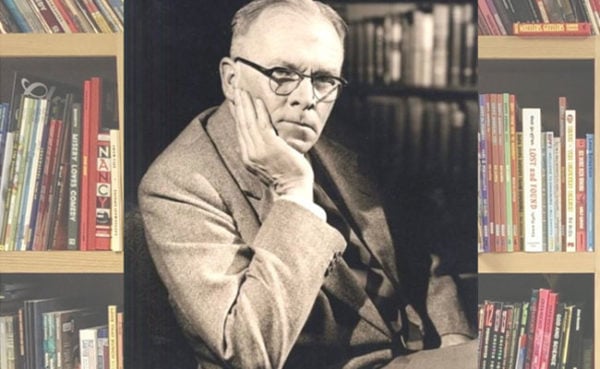 A festival to honour Alan Paton

Unfinished business! Long before I even knew what a booktown was. Way before I had dreamt of photographing country churches of South Africa. And long before Unesco had even conceived of the idea of a City of Literature … my “magnificent obsession” was to buy Alan Paton’s house in Pine Street in Pietermaritzburg and turn it into a writers’ museum.

I had always felt that Paton’s Cry the Beloved Country was the greatest literary export from South Africa. I did not care that people said he was a “liberal” and that liberalism was frowned upon these days. I did not care that critics claimed the words of his black characters seemed artificial. I did not care that people called him a communist. In my mind that novel was one of the greatest to come out of South Africa. In my mind Alan Paton the liberal stood up for the black man when very few had the courage to do so. He testified in mitigation of sentence at the Rivonia trial as a character witness on behalf of Nelson Mandela the “terrorist”. If that was what a liberal was, I thought in my 30s, then that was a damn fine thing to be.

And so I set out to buy his home. As luck would have it his home was on the market. I still remember the lady who owned it. Cynthia Stevens. She was proud of the history of her house, but it was on the wrong side of town for a single mum of two young children. In those days I was rich. Houses were cheap. I remember putting in an offer of R180 000 on the house. I took my young daughter Kiara and nephew Tejme along the day I signed the OTP. I told the two of them to pee in the toilet for good luck.

Clearly their urine held no magical powers, because the property boom came along and Cynthia got somewhat more than I had offered. And so the idea of owning Alan Paton’s house died. Then came Booktown Richmond and various book festivals. And Alan Paton became a forgotten name on my bookshelf of ideas.

But when I led Durban’s bid for Unesco City of Literature the MEC for Economic Development, Tourism and Environmental Affairs, Sihle Zikalala, at the official celebration of Durban’s success, quoted from just one South African novel, those immortal words from Cry the Beloved Country:

There is a lovely road that runs from Ixopo into the hills. These hills are grass-covered and rolling, and they are lovely beyond any singing of it. The road climbs seven miles into them, to Carisbrooke; and from there, if there is no mist, you look down on one of the fairest valleys of Africa.

And as I stood in the Durban City Hall some 20 km from the Kloof home where Alan Paton’s ashes are scattered I knew what I would make my first project to celebrate Durban’s status as the first City of Literature on the African continent: an Alan Paton Festival. It might not be a festival funded by the city, but lack of money has never stopped me before.

As luck would have it, one of my greatest supporters, Dr Mike Lowry, had offered his farm Eden Lassie to me some time back for any of my projects. As the name implies, Eden Lassie is a farm with beauty straight out of the pages of Cry the Beloved Country. Moreover, it is on the very border of the Ethekwini region, but a mere 25 km from Pietermaritzburg, which in my humble estimation has more claim to being called Paton country than Durban. But being a Unesco City of Literature is nothing to scoff at and I will therefore market the Alan Paton Festival as a Unesco City of Literature project.

Therefore over the weekend of 9 to 11 March 2018, in the year of the 70th anniversary of Cry the Beloved Country and 30 years since Alan Paton’s passing, the first Alan Paton Festival will be held at Eden Lassie in the Tala Valley roughly halfway between Pietermaritzburg and Durban, the places of his birth and his last resting place.

And if you think Paton is yesterday’s news, think again.

The richest and most prestigious prize in English literature is called the Paton Prize. Within the last five years books with the titles Sigh the Beloved Country and Braai the Beloved Country have been bestsellers. Before that, a book of literary quotations with the title Lovely beyond any singing: Landscapes in SA writing was published. At the height of the Zupta scandal, one of Shapiro’s cartoons appeared under the heading Buy the Beloved Country. And just this year, on 11 January 2018, on the 115th birthday of Alan Paton, Google paid Alan Stewart Paton the ultimate compliment when they immortalised him with a Doodle. Very few (if any) South African writers have had this honour bestowed upon them.

Programme details are now available. For further information, contact Darryl David on 0813918689 or on davidd@ukzn.ac.za.