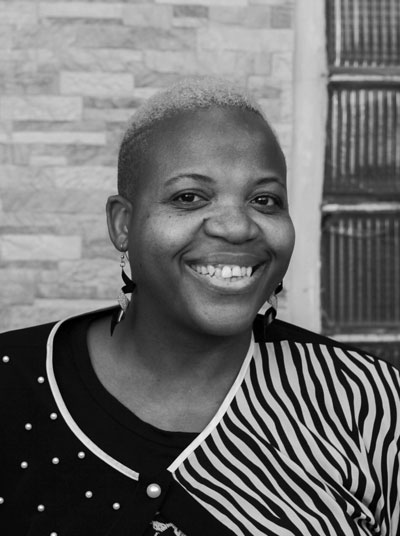 Afrolit Sans Frontières is an online literary festival started by author Zukiswa Wanner as a way to entertain people during the COVID-19 quarantine, which is affecting a large percentage of the world.

She hopes to do a season every month until lockdown in most of the world ends.

Zukiswa has also just been awarded a 2020 Goethe Medal with Bolivian artist and museum director Elvira Espejo Ayca and British writer Ian McEwan. She is the first African woman to receive the award.

Once a year, the Goethe-Institut awards the Goethe Medal, an official decoration of the Federal Republic of Germany. This medal honours luminaries who have performed outstanding service for the German language and for international cultural relations.

The Goethe Medal was established by the executive committee of the Goethe-Institut in 1954 and was acknowledged as an official decoration by the Federal Republic of Germany in 1975.

Since 2009, the award ceremony has taken place in Weimar on 28 August, Goethe’s birthday, and is one of the Kunstfest Weimar’s highlights.

Congratulations! What was your reaction when you heard that you’d been awarded a 2020 Goethe Medal?

I was elated and honoured by the acknowledgement, but also, to be honest, a little sad that I needed to get acknowledgement from an outside government before getting it at home.

What does this award mean to you?

The award means that I will hopefully be able to access some funding to do more exciting literary things.

Tell us more about Afrolit Sans Frontières. How did this virtual literary festival come to be, and is there a theme?

The festival came about early one morning as I was chatting with my friend, Nigerian writer Abubakar Adam Ibrahim, at the beginning of some of the continental COVID-19 lockdowns/curfews. I had just finished watching a John Legend At Home concert on Instagram, and I thought that since most people were not at work, it could be a great time to put some focus on literature by Africans, as we would have a captive audience. So, I sent WhatsApp texts to my writer friends across the continent, and the first ones to agree became part of the festival.

The first theme was “Sex”, and this time around, it’s “What I wish you’d ask me”.

The first theme came about because I wanted to be playful and make people realise that literature in Africa is not always so serious and can be playful (even where we have literary fiction). With the second one, we had an eclectic group but also very experienced writers, and I figured they could teach those listening and watching something new.

The theme for season 3 is “Future, Present, Past”. It’s particularly significant that season 3 kicks off on Africa Day.

The authors who participate are from different African countries. Which authors can readers/viewers look forward to seeing?

Hemley Boum from Cameroon, Ondjaki from Angola, Ishmael Beah from Sierra Leone, Mona Eltahawy from Egypt, and Napo Masheane and Fred Khumalo from South Africa are just some of the names to be seen.

In the first two seasons of the festival, we have had Maaza Mengiste (who co-curated this second one with me), Mohale Mashigo and Nozizwe Jele from South Africa; Mũkoma wa Ngũgĩ and Yvonne Adhiambo Owuor from Kenya; Jennifer Makumbi from Uganda; Hawa Golakai and Elma Shaw from Liberia; Namibian Rémy Ngamije; Zambian Natasha Omokhodion Banda; Lola Shoneyin and Chike Frankie Edozien from Nigeria; and, of course, my co-conspirator, Abubakar Adam Ibrahim.

How important are diverse literary perspectives from the African continent?

If we are to avoid the danger of a single African story always being acknowledged, then: very.

Do you believe that the danger of a single African story still exists, given the access readers and viewers have to, for example, the internet? And, if so, why does it still exist? What still contributes to this narrative?

Yes, I do, because too often, those with funding can buy advertising space to push the narratives they want to the forefront.

Is this festival multilingual?

Proudly so. It’s something that I have always been keen to do and have worked with the rest of the continent to do, from when I started the South-South online story and essay-sharing platform La Shamba some years back, through conceptualising and creating the young adult anthology Water birds on the lakeshore, which had submissions from 435 people from 28 African countries and resulted in an anthology in English, French and Kiswahili.

While English, French and Portuguese have been the major languages of communication for the festival, we have also had readings in Kimbundu and Lingala.

How are the technical and practical aspects of the festival managed? For example, on which platform do book discussions take place? What does organising this virtual literary festival entail?

It’s really just walking the writers through how to use Instagram Live and save the Live when they are done, so all they need is data. For the writers who choose to do it on our Facebook Live account, it’s the same. It has mostly been on our IGTV @afrolitsansfrontieres.

It would be ideal, of course, if all the writers could get paid, since I have been taking advantage of my social capital with my writer friends; yet, I know that many of them aren’t getting paid at present, as fellowships and literary festivals and book tours have been cancelled in these corona times.

In your opinion, what will the long-term impact of coronavirus be on authors’ income?

I think the long-term impact will be to think of selling books in different, perhaps less physical, spaces. We will likely be less analogue – although I don’t think the physical book will ever die. 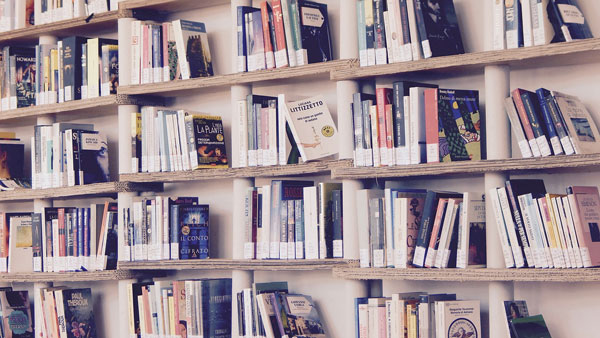 Are shows live or pre-recorded? Are the recordings available for streaming or viewing after the live videos?

All the shows are live (including our bloopers when we are having technical difficulties in countries where 5G may be acting like 2G). People can view the videos afterwards on www.jamesmurua.com (the festival’s official media partner) or on his YouTube channel.

James Murua is the biggest literary blogger on African literature, and he has the networks to get the word out. I asked him. He humoured me and agreed. The rest, as they say, is history.

How do viewers participate? Are the discussions free to watch, or must viewers purchase an event/festival ticket?

Viewers just join in and ask questions. They don’t need to pay anything. We do screenings twice a day at 12:00 GMT (2:00 pm South African time) and 18:00 GMT (8:00 pm South African time). We do Monday to Monday, the final day for this season was Monday 27 April, which is not just South Africa’s Freedom Day, but also Sierra Leone’s Independence Day; so, perhaps it’s fitting that I, a South African, am hosted that day, and my final guest on the day was Sierra Leonean Ishmael Beah, whose new novel, Little family, is now available.

What do you hope to achieve with this festival?

What do I hope to achieve with the festival? I think I have already done it. Readers are getting to know writers from this continent whom they did not know about, and writers are creating new friends (just like at any literary festival) and hopefully creating new bonds beyond the limited confines of official languages.