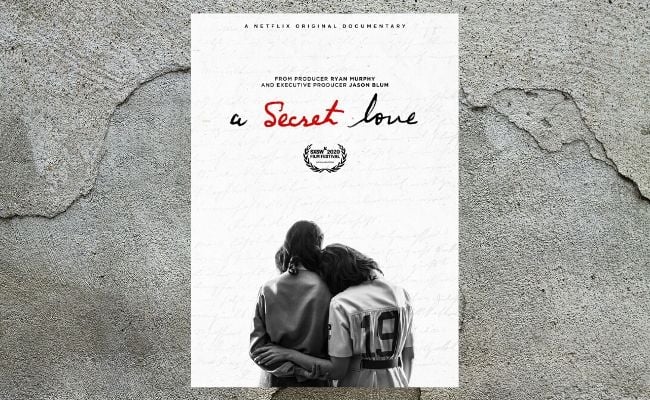 Rotten Tomatoes: “In telling one couple’s story, A secret love pays understated yet powerful tribute to a lifetime of choices and sacrifices made in the name of enduring devotion.”

Some incredibly shoddy movies are being hailed as masterpieces because they depict a group of people or a subject not yet represented on film. (I am looking at you, Black Panther.) On the opposite side of the spectrum, solid films are being slated because they do not represent the current political climate. (The Rotten Tomatoes consensus on The best of enemies: “It has the best of intentions, but they’re derailed by a problematic perspective ....”)

A secret love falls into the first category, because it represents a certain group of people and a story worth telling, but it does so in a superficial, monotone manner that skims over possible interesting angles. It comes across as a pet project.

The story centres on Terry, more so than Pat – two strong women who got together in the early 1950s and stayed together for over seven decades, enduring homophobia, being closeted, getting ill and having to move into retirement.

During WWII, Terry played in the all-female professional baseball league, which inspired the hit movie A league of their own. She was obviously a rule-breaker from the get-go. You see lots of footage and images of her in her baseball outfit, and you meet her favourite niece and other family members. You see a fuller picture of her.

You learn extraordinarily little of Pat’s life before Terry, or of her childhood. She is portrayed as grumpy, strong-willed and distant. And, if that is all she was willing to give as subject matter, then the movie should not have been made.

I believe that there was much more to tell, more to get your teeth into. Pat’s childhood, for one, seemed fertile ground for tragedy or beauty, or both. She remains a dark yet superficial character.

When Terry and Pat visit old friends, an elderly gay couple, you see a glimpse of the life they led. They did not go to the underground gay clubs. Why not? Instead, they went to house parties, to be with their own kind. What were those parties like? There is a story.

They stayed together for almost 70 years – two women living and working together independently through the decades. They dressed up in heels, dresses and make-up for work at an interior decorating company. Apparently, the clientele appreciated that. There is a story.

Pat supposedly holds out on going to the retirement home because they cannot afford it. It is then revealed that they are loaded. There is a story. The fake argument around it – and the tension between Pat and Terry’s niece – felt contrived, added simply for some drama.

All in all, it could have been so much more.