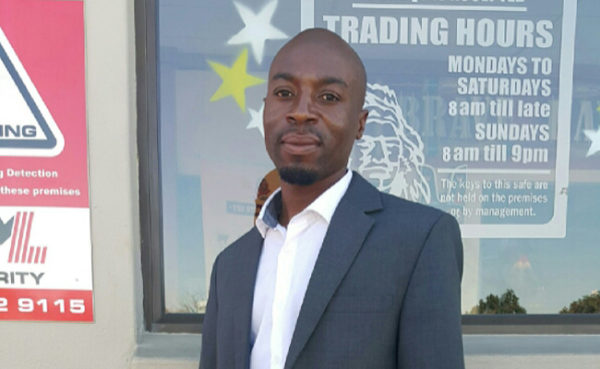 Musa Baloyi talks to Naomi Meyer about Tinsimu to Pfumala Mphumawulo, which is shortlisted for the Sanlam Prize for Youth Literature 2021.

Congratulations on your shortlist nomination for the Sanlam Prize for Youth Literature 2021. Please tell me how your story was born: where did you get the idea for this story, and tell me about your characters?

This story centres much on musicians. It warns them about abandoning education and putting their trust in a unique gift that they have. Education is very important for watering every plant or talent that we are born with.

The idea of writing this novel came after I noticed that there are many famous artists who die poor in our country. Mostly, it’s due to lack of education, because they can’t interpret their contracts. They can’t manage their money. They can’t work elsewhere if their talent becomes unproductive. If death catches up to them, their family will not be left with a penny to survive.

This novel tells about a talented musician called Xupuka. Xupuka was one of the best Xitsonga traditional music singers, and could only compete with himself.

This novel tells about a talented musician called Xupuka. Xupuka was one of the best Xitsonga traditional music singers, and could only compete with himself. Due to his sweet voice and great talent, he decided to leave school after grade 11. Although people advised him to strengthen his talent with education, he rejected that advice. He went to Johannesburg to pursue his music career. Fortunately, he was blessed and won many awards.

His life changed completely. He turned against his mother, who had albinism. He abandoned her and her rural area. He didn’t even invite her to his wedding ceremony, even though his wife advised him to. He paid his friends money to go and pay for the marriage and represent him, without one of his blood relatives.

One day, when he was blessed with a baby boy, his house was burnt by lightning, and his mother visited him to give him support. He expelled her from his house like a dog, accusing her of being a witch.

His baby boy died by jumping from a 6th-floor window, and Xupuka said it was because of his mother’s visit.

Xupuka started having a relationship outside of his marriage. While he was still cheating on his wife, he was involved in a car accident with his girlfriend, and she died instantly. Xupuka became disabled, and he needed his mother’s support.

His mother came, and he couldn’t even speak because his brain was affected. One of the music firms wanted to offer him a professional job so that he could feed his family. Unfortunately, he did not have a qualification on hand. That was the end of his music career, and he had to go back to the rural area to stay with his mother. His wife dumped him because he was financially broke. Poverty attacked him badly. A gift of music was wasted.

For which age group did you intend your story? Why did you specifically write a book for people of this age group? Which part of writing this story for these people did you enjoy most?

This story was designed for youth. However, everyone who can read and understand the Xitsonga language can learn a good lesson from this novel. It is suitable to be prescribed for high school learners. The main focus is to educate and open the eyes of talented people who are still blind.

The main focus is to educate and open the eyes of talented people who are still blind.

I wrote this book in an African language to add value to the language, which is being undermined. I believe that the recipe of my book is more appetising when I express myself in Xitsonga. And also, my language is my identity.

I wrote this book in an African language to add value to the language, which is being undermined. I believe that the recipe of my book is more appetising when I express myself in Xitsonga. And also, my language is my identity. I want to reach those disadvantaged people out there in the corners of rural areas.

How did the pandemic influence your writing and themes of writing, if at all?

The pandemic spoke to me loudly. I noticed that many talented people were suffering due to corona lockdown restrictions. Musicians couldn’t go to stadiums to entertain people, which affected their pockets. At least, young educated people could still work from home and put food on the table.

How did COVID-19 influence your own life personally?

COVID-19 gave me several topics to put on paper for the next generation to read. Lockdown gave me enough time to write many books, which are waiting to be published in the near future.