Is Limpopo sucking the hind teat of arts funding in South Africa today? According to the NAC’s 2010 annual report, out of a total of 615 funded applications, Limpopo had only 33. Or maybe it was Mpumalanga with 16 projects. Or the Northern Cape, with only 3? Gauteng, the richest province in the country, had 291 projects funded – accounting for 40 percent of the total funding of R81 m. The six poorest provinces in the country between them received 20 percent of the total funding, half of Gauteng’s amount (Western Cape 25 percent, KZN 14 percent). 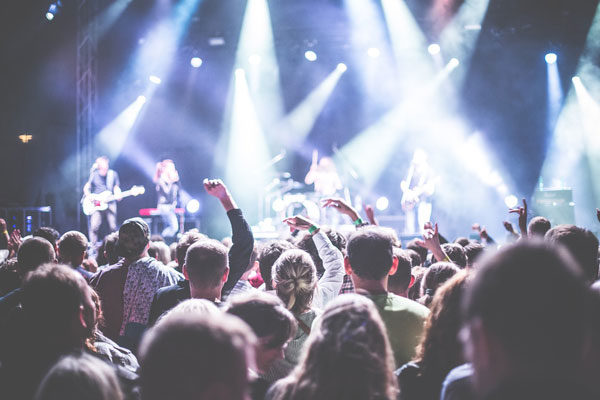 Shall we reinstate the performing arts councils? The infrastructure is largely there, and this year they will receive a total in excess of R268 m, including R100 m of capital works (Artscape R39,8 m, State R35 m, Playhouse R34 m and PACOFS R29 m). In post-apartheid South Africa we have done better than the previous government in terms of the maldistribution of infrastructure, with the country’s richest province, Gauteng, now having three nationally subsidised theatres – the State Theatre, Market Theatre (R21,7 m) and Windybrow Theatre (R8,3 m) – consuming 38 percent of the total theatre infrastructural budget. Meanwhile, five provinces are excluded from nationally subsidised infrastructure. Yet Article 27 of the Universal Declaration of Human Rights states: “[E]veryone shall have the right freely to participate in the cultural life of the community, and to enjoy the arts …”

Based on this principle, the White Paper on Arts, Culture and Heritage adopted in 1996 states:

The primary need for infrastructure (in the arts) is in rural and black urban areas, close to where people live. The establishment of urban and peri-urban townships as dormitories without proper facilities for recreation and leisure is a feature of apartheid. This deprivation cannot be continued in the new dispensation … improvement must include the development of facilities to educate, nurture, promote and enable the enjoyment of the arts …

To this end, the Ministry intends to develop the concept of multifunctional, mutli-disciplinary community arts centres … that might cater for music, dance, film and theatre, a gallery, house a library and internet access, as well as a museum …

This year the budget of the Department of Arts and Culture is R2,4 billion, but much of it is allocated to heritage and performing arts institutions located in the country’s premier urban centres. The R64 m allocated to the three Gauteng theatres just about equals the R65 m given to the NAC, which is required to serve all the arts other than film.

I wonder how Zulu speakers must feel about the new South Africa. Zulu is the home language of nearly a quarter of the population, and yet there is no arts festival dedicated to promoting and celebrating the Zulu language and culture. Zulu-speaking artists have to travel to Grahamstown and create work in English. The same goes for Xhosa speakers, the second largest home-language group in the country, and the Eastern Cape government supports the National Arts Festival, whose language and audience is essentially English.

The country’s three largest festivals – National Arts Festival, ABSA KKNK and the Clover Aardklop Festival – each have provincial government funding and lottery funding. The KKNK lists more than 35 sponsors on its website; Aardklop at least 16; while the NAFEST lists only six and, unlike its Afrikaans counterparts, since the withdrawal of Standard Bank a number of years ago, the Festival has been unable to attract a naming sponsor.

The point I am trying to make is that while some in the Afrikaans arts community may feel aggrieved about funding within the current dispensation, there are provinces and other language groups marginalised under apartheid that could legitimately have expected a new government to do far more to celebrate and promote their official status, and that now have much more reason to believe that they are sucking the hind teat of arts funding.

But this is not something peculiar to the arts.

In June the Government’s National Planning Commission issued a report about the state of the country. In terms of its poverty line of R418 per month, today nearly 40 percent of our population live below the poverty line. Unemployment stands at about 30 percent and despite all the talk about affirmative action, 87 percent of those unemployed are black Africans. In the Western Cape it is estimated that only two out of every 100 black males find work. Since 1994 the gap between rich and poor has widened to among the highest in the world. Most tellingly, in the dying days of apartheid average life expectancy was 62; 17 years later it has declined to just over 50.

My point is this: if anyone had legitimate expectations that their lives would change for the better under an ANC government, it would be the vast majority of black citizens of our country, and yet, right now, it is they who have the most reason to complain. From the perspective of the majority of people and of the artists among them, it is certainly not the Afrikaans-speaking community that is getting a raw deal within the new South Africa. In fact, the Afrikaans community is regarded as probably the most resourced community with numerous, mainly private-sector-funded, arts festivals, access to resources that enable them to hire the state-subsidised theatre infrastructure; national organisations promoting the Afrikaans language and culture; radio and television channels such as kykNet; numerous print media; LitNet, one of the largest arts sites in the country; and, most of all, the largest market of people with disposable income to sustain the creative industries within their community.

For me, then, the future of Afrikaans lies not in physical, mental or psychological Oranias, nor in cultural laagers that are defensive, insecure and victim-oriented, but rather in a broader contribution of a self-assured, generous, highly skilled and resourced Afrikaans community to South African society generally, and to the arts in particular.

A few years ago I was invited by the BBC to front a radio programme that it was doing about three languages that had suffered through an association with crimes against humanity. These languages were German, Turkish and Afrikaans. The documentary allowed me to reflect on my own relationship with Afrikaans: being at school in 1976 during the student uprisings against the introduction of Afrikaans as a language of instruction; my first duty as the SRC chairperson in 1977 being to commemorate the 1976 uprisings; my choice not to go UWC, which was the apartheid government’s university of choice for people classified coloured; my having to apply for a permit to go to the University of Cape Town, and my permit subject being drama (so if I’m a bad playwright today, blame it on apartheid); my appointment as a special adviser on the arts to the first minister responsible for culture after the ‘94 elections and the deputy minister (Winnie Mandela) chastising the Minister for appointing a white Afrikaner (after all, just look at my surname) to that position. During the course of making the documentary, a very simple insight struck me: it is not a language that oppresses, or commits genocide against Turkish or Jewish people – nor, as I pointed out, is it English that engaged in slavery or colonial dehumanisation of indigenous people; it is people who speak a language that do things that may discredit a language.

By the same token, it is people who speak a language who can engage in acts that rebuild the image of the language. Two days ago I participated in a conference at the Goethe Institute; here is a cultural institution that now has a presence throughout the world, teaching German, promoting German literature and arts, and engaging with local communities in developing cultural collaborations, but also promoting activities that build the local community’s cultural practices.

Imagine ten annual bursaries for black actors to train in Afrikaans, so that Afrikaans writers and directors may not be constrained in the work they do by the lack of stage-proficient, Afrikaans-speaking black actors.

Imagine taking some of the best Afrikaans work to the Grahamstown Festival each year, in a venue dedicated to such work, and building an audience for Afrikaans theatre beyond traditional Afrikaans spaces.

Imagine skilled Afrikaans directors and theatre-makers working with black companies in North-West, Limpopo, Mpumalanga etc to help improve the technical and aesthetic quality of their work, so that when they go to Grahamstown they may actually attract an audience.

Imagine showing the best work of black theatre-makers to Afrikaans audiences, not by changing the language of Afrikaans festivals but by using technology to translate such work into Afrikaans through subtitles.

Imagine taking the best Afrikaans theatre, film and other art forms to the world’s leading festivals and making them available in Spanish, French and English using similar technology.

Much of my work at the moment takes place in and on behalf of the broader African creative sector. If we think that artists have it bad in South Africa, I can assure you that artists in the next best country on the continent have it ten times worse. Our beginning point in Arterial Network is that government will do nothing to promote the sector and that we must do something ourselves. We launched in 2007 and now operate in more than 30 African countries, artists with international partners taking responsibility for our own lives and artistic practice.

One of the saddest and most frustrating things for me in post-apartheid South Africa is how divided the arts sector has become, not simply between black and white, but even between white English and white Afrikaans practitioners. That is not what our country needs right now, and the arts will be far better off without these divisions. I firmly believe that the country and the arts need the Afrikaans community now more than ever.

It’s not going to be easy. There’ll be rejection, tensions, suspicion, alienation, but that’s the nature of our society in transition and with a past like ours. At one stage I was an adviser to government, then I became one of its chief critics for its mismanagement of policy, and now I work with them on various issues, but in a few months’ time, we’ll probably hate each other again. It’s the same up and down relationship with the NAC. I apologise for being self-referential, but the point I’m trying to make is a simple one: rather than have one’s identity or contributions limited by the political priorities or insecurities and prejudices of others, develop a vision for what you believe; pursue it, sometimes with, sometimes against, sometimes in parallel with those in power.

Situations are not static, they ebb and flow, and you can contribute to this ebb and flow and use it to achieve your vision.

In closing, there are two things of which I am convinced: