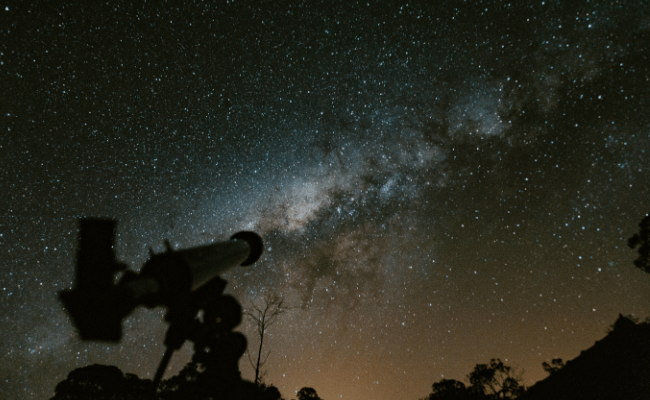 It’s the brightest constellation in the sky:
guiding ancient mariners out at sea
and glorified by fictitious myths.

The night is an ancient stellar theatre
where cosmic symphonies are heard.
It has an orchestra without a conductor
playing music in counterpoint:
the silence of the universe.

Dark matter in all probability predates
the birth of the macrocosm.
A black colossus even before time began
still arranging the cosmic chaos.

A singularity enlighted the darkness,
inflating space with spiralling galaxies
and lonely planets where life evolved.
It was the beginning of a great solitude.