The South African Writers’ Circle will be celebrating its 60th anniversary in a few months. Until COVID-19 intervened, a mini-literary festival was being planned to celebrate the Circle’s 60th anniversary. Since it is unlikely that this will be possible this year, instead the Circle is running an Anniversary Writing Competition for members and non-members. Remona Voges spoke to chairperson, Sally Sinclair, about the Circle and what they do. 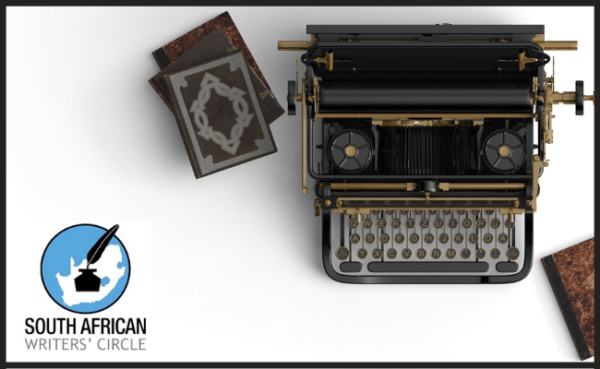 The South African Writers’ Circle will be celebrating its 60th anniversary in a few months. Congratulations! Can you please tell us a little more about the Circle?

The Circle was founded in September 1960 by the journalist, Fay Goldie, and thirteen enthusiastic amateur and professional writers. Its objective was then, and still is, to promote the art of writing and the interests of its members. The initial group met at London House in Smith Street (now Anton Lembede Street), and they called themselves the Durban Writers’ Circle. In 1985 the name was changed to the South African Writers’ Circle, to recognise the national nature of its membership.

Membership of the Circle is open to both published and aspirant writers. We promote the works of our published authors on our website, and in our WriteNow newsletter.

What, in your opinion, contributed to the success of the group over all these years?

Writing is a solitary occupation, and writers enjoy being able to exchange ideas with other writers. The Circle provides them with this opportunity. That it has been stewarded by committed people, willing to give of their time to assist others, has contributed to its longevity.

Until lockdown, monthly meetings were being held at the Westville Library in Durban. These generally included a guest speaker, a bring-and-share lunch, and a practical writing workshop. Recent guest speakers include Gcina Mhlope, author, anti-apartheid activist and storyteller, and local authors, Rajie Tudge and Cristy Zinn. The Circle also occasionally hosts seminars and one-day writing workshops.

For members located outside of the Durban area, the attractions of the Circle are our monthly writing competition and monthly newsletter, WriteNow. All members-only competition entries are professionally adjudicated, with each entrant receiving a written adjudicator’s report.

Our Flash Cash and our 60th Anniversary Competition are open to members and non-members.

How have you been structuring the writing circle during the lockdown?

During lockdown we have not been able to meet, so we have set up a WhatsApp group that members use to share useful articles, tips for fellow writers, and their successes in the writing field. Our competitions continue, as has the WriteNow newsletter. Until COVID-19 intervened, a mini-literary festival was being planned to celebrate the Circle’s 60th anniversary. In its place, we are running an Anniversary Writing Competition that is open to members and non-members.

How can members of the public get involved? What are the costs involved?

Membership of the Circle is open to all writers and aspirant writers. The annual membership fee is R205 for individual members and R270 for couples. There is a reduced fee of R160 for pensioners and students, and R210 for pensioner couples. The entry fee for members only competitions is R35, and the prizes are nominal.

For our 60th Anniversary Competition, the entry fee is R50 for members and R100 for non-members. For non-members, the entry will include membership of the Circle for the balance of 2020. The first prize is R2000, second prize R1000, and third prize R500.

Details of how to join the Circle, and how to enter our competitions, can be found on www.sawriters.org.za.