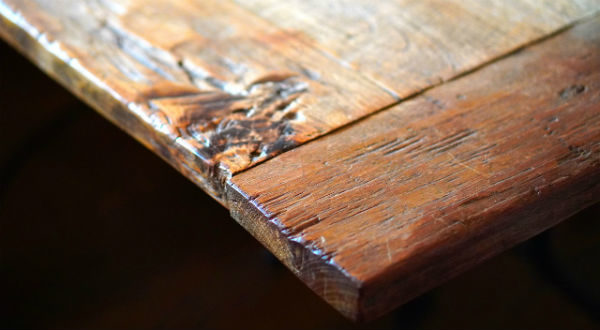 They said it was jinn. That I was possessed.

That morning my brother had woken up before me. It was not the first time. He was sweating, and he looked stung when I saw him. His eyes were still thick red and bagged. He was holding my hands, holding my mouth, holding my legs, holding all my body parts that could move and hurt him. When I woke up, I felt his cold hands, like the shivery coldness of the sea. He was looking into my eyes. I felt violated. Like he was a voyeur trying to unravel me. Like, while I was asleep, he had watched me in the dark embrace of the night. His face was pale; his angled jaw protruded as if to explode, his eyebrow forming grizzled lines to pronounce his curiosity. I looked at the alarm clock beside the bed. It was 5:20 am.

“What?” I said, disturbed by the early morning examination.

He sighed as he let go of my hands, his rough palm wet as morning dew. “You were talking in your sleep.”

“Oh, you’re sure I was?” I replied, trying to put up a protest. I couldn’t fathom how I was talking while sleeping again. My voice was screechy.

“Yes, you woke me up at 3 am.” He shifted the pillow carefully to his head, as he adjusted to his side of the couple-sized bed. “I haven’t been able to sleep since then.”

“I did it again, right?” I tried to sound as if I were unbothered by it. He had moved from his room to mine, following our parents’ decision that I couldn’t be alone. Who told them I couldn’t? I didn’t know. He had had to put up with my somniloquist self. That is what he said I was always doing. But I hadn’t heard myself speak, or even remembered what I would have been talking about. So, I was bothered by the external diagnosis, when I saw nothing.

“Yes, you did.” He shifted again. “Don’t worry,” he touched my hands again as if to make his skin a place for hiding, “Daddy’s Alfa will be here later to see what’s happening.”

“Okay,” he sighed again. Then he stretched his full length on the bed as if to resume his paused sleep. The Adhan blared from his phone.

In every home there’s a room that holds the most powerful secrets. In every room that holds such secrets, there’s a table. A table that eavesdrops, that listens to all human discussions. It is always silent, unmoving, immobile, so that we do not notice its significance. In homes where quarrels are settled, the table is usually in the sitting room. For homes where the gustatory precedes, the dining rooms hold such tables. It’s like a silent design, that human interactions be held at tables – such that if tables were to revolt against humans in a near-future dystopian possibility, humans may as well stop interacting. In our sitting room, such a table existed.

I was not in that meeting. I was left in my room to wallow in the suspense of the possible outcomes. I stood close to the door, trying to eavesdrop on their conversation. All I could hear was high-pitched whispering, nothing beyond a useless cacophony. The room felt like a cave. There were bats staring down at me, having their vision sliced by the Orl fan in my room. I looked at the fan’s switch, and I saw the label: “Giant 60”. I thought for a while what that meant, then gave up quickly when I saw the pointlessness of such introspection. What they were saying in the sitting room was of more importance.

My daddy’s Alfa had been in my room with me some minutes before. He had entered carrying a Qur’an and his rosary like a psychologist would his notebook. He had a slow gait. It was as if his shoulder bore the weight of the cross. He had soft and dark eyes that were heavy-lidded. He was of average height, and he spoke in a voice so affirmative that the coming of a judgement day would never waiver in your heart.

He stood at the door for a while, staring briefly at me before proceeding inside. He carried the chair into the room, and placed it close to my bed. I was sure he was going to treat me as his patient. But I wasn’t going to let that happen. I had decided that for every question he asked, I would reply in the positive, or short answers, at best. I wasn’t going to let a clergyman psychoanalyse me.

I sat at the bedside and kept my face to the ground. There was silence separating us. He brought out his phone and started playing a familiar recitation of ruqya, the prayer for exorcism. When I didn’t react or begin to convulse, he paused the recitation, then cleared his throat.

“So, how are you, my son?” he asked solemnly. I knew that trick. The first trick of getting things out of people was to show empathy towards them. I’m not your son.

“Good. Good. What have your dreams been about?” he asked, as if demanding an answer from a dream interpreter.

“Nothing,” I said. I felt betrayal creep all over my body. The betrayal that things I didn’t know about myself, that were also an extension of me, had been discussed with an outsider by my own family.

“You can’t remember them?”

“Okay.” He reclined, then continued, “I was told you have done the following –” He raised his hands as if to count: “Slapped your elder brother for waking you up for subh, broken some of the plates in the kitchen – and you stay in this room all day, refusing to go out.” He placed his hands back on the arm of the chair. “Can you tell me what’s happening to you?”

“I don’t know,” I said calmly. I wasn’t in for all these charades.

And he went on and on, asking questions I had no answer to. Then, as he stood up to leave, he opened his Qur’an and recited some verses, while shaking his head as if he were close to convulsion. He then spat at corners of the room, before he headed for the door. I was fairly disgusted.

My brother came back into the room, with his face gloomy as the after-rain cloud. I looked at him in anticipation of what the final decision at the meeting was. He saw that my eyes had lit up. He gave a sheepish smile. But, somehow, I was sure the decision wasn’t a good one. I had carefully thought out all the possibilities. None favoured me except that I jump out of the window, never to return home.

After he had sat down, he gave a deep sigh and said in a quite coarse voice, “They want you to go and stay with the Alfa for a few weeks.”

Something in me leaped, and there was a quick surge of rage. I looked at my brother again with a questioning face, as if to ask whether he was really serious, or whether this was just another of his little jokes. He nodded in the affirmative. He repeated the statement in a more convincing voice. I restrained myself and pulled back.

“Why are you the one telling me this?” I asked, because I expected my parents to be the ones telling me whatever decision they had taken at their abhorrent meeting.

“They wanted me to tell you,” he said, as he moved closer to where I was sitting on the bed. “You know they don’t want to discuss this thing with you.”

“What thing!” I was shouting and I was sure my parents would get hints of my resentment towards them, wherever they were in the house. My brother was quiet. He just looked at me and said nothing. It was as if my voice had given him a speech impediment. He unbuttoned his long-sleeved shirt and began to roll his sleeves towards his elbows, like an office man about to begin work.

“At least, you will get treatment,” he finally said.

“What do you mean I will get treatment!” I screamed at him. He kept looking at me, while simultaneously rolling his sleeves. When he was done rolling, he held my hands. It was as if he had been told to beat me down if I did as much as reject the decision. Then, he took my right ring finger, and placed it slowly on his left wrist. It was then that I saw them, dark scars around the wrist, down to the elbow, that implied slashes that could only have been made by a blade.