What is home and who is it for? How do we imagine home in contemporary South Africa? Phaswane Mpe and Damon Galgut play out an anxiety over these questions in their two novels set just after the fall of apartheid: Welcome to Our Hillbrow (2001) and In a Strange Room (2010).

On the surface, Mpe’s and Galgut’s novels are very different. In a Strange Room describes the travels of Damon, a young white middle-class man, looking for meaning in life as a tourist across Africa, Europe and India. Welcome to Our Hillbrow details life in Hillbrow, focusing on issues such as HIV/AIDS, xenophobia, poverty and migration, through the lives of Refents?e and Refilwe, two young black educated Hillbrowans. The novels describe disparate social and environmental landscapes and display different attitudes to politics. Yet, there are things that unite them and provide interesting answers to the above questions concerning home.

In a Strange Room and Welcome to Our Hillbrow portray a troubled relationship to the post-apartheid understanding of home. Their main characters are lost, confused or uncomfortable in what are supposedly their homes. The texts reach for new ideas of home through destabilising the space seen as home and moving out of it. The way they manage this process of destabilisation, defamiliarisation and movement is through sexual desires. By depicting human sexual desires outside of the norms specific to places, they manage to challenge and transform what space means, and thus what kind of home the space is and for whom it is available. 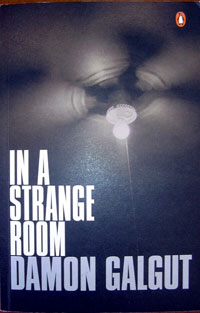 In a Strange Room’s protagonist Damon seems to have acquired the “condition”, as he calls it, of being a “life-style traveller”, a concept which tourism researcher Scott A Cohen (2011) assigns to people who make travelling into a way of life. Damon does not travel because he loves being a tourist. For him, travelling is a necessary state of being: he is unable to connect to people and to places; unable to make a home for himself: “He moves around from one place to another, not driven by curiosity but by the bored anguish of staying still” (67). Cape Town is the place he returns to after a journey, but he has no permanent place of residence there, no steady job, and despite friends and family, no deep, long-lasting human connections. He returns, but feels uncomfortable, and invariably finds himself on the road again, looking for what he is missing: “He sees clearly what he’s going back to in South Africa, the same state of nothing, the drifting from place to place. Never has this condition so obviously been what it is, an absence of love” (108).

For Damon the ability to connect to a place is necessary to make it a home, but the formation of a connection has to be grounded in a deep human connection: “If I was with somebody, he thinks, with somebody I loved, then I could love the place and even the grave too, I would be happy to be here” (68). Damon is seeking this connection through intimate sexual relationships while travelling. He goes on tour in Europe to get over a failed relationship with an unnamed man. His next journey, a walking holiday to Lesotho, happens only because he is interested in a fellow traveller, Reiner, and wants to go somewhere with him. He extends two weeks in Zimbabwe into a long trip of several months across Africa because he desires to spend time with Jerome, another traveller. And it is Damon's erotic desire for Jerome that propels his travels onwards, later again leading him to Europe, where Jerome lives.

But despite appearances, Damon is scared of connecting. The last journey in the novel details how he travels to India with his friend Anna, who tries to escape her deteriorating mental health, problems at work and her failing long-term relationship. Although Damon tries to connect with Anna, in a way he is just bringing Anna along on his mission of fleeing. Just as travelling is supposed to give Anna a break from responsibilities, it also allows Damon to escape the responsibilities and duties that come with belonging: “Too much travelling and placelessness have put him outside everything, so that history happens elsewhere, it has nothing to do with him. He is only passing through. Maybe horror is felt more easily from home” (15). This also has political implications: by constantly shifting places Damon can avoid facing any social and political reality that calling South Africa after apartheid home might mean.

Home in In a Strange Room is heavy, filled with history and with the potential of commitment. What the transitoriness and placelessness that come with a lifestyle of travelling allow Damon, is to fill spaces and people with his hopes and dreams and through that create his own ideas of home. By stepping away from South Africa he can place his home in a transitory elsewhere, where he does not have to deal with the duties of home. His sacrifice: a meaningful relationship with a fellow human being. 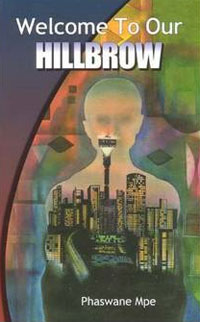 Welcome to Our Hillbrow is much more grounded in specific places than In a Strange Room is. The two main characters, Refents?e and Refilwe, move between the rural village of Tiragalong and the urban environment of Hillbrow. These two places constitute the main tension in the text. Their residents shape their particular spaces as home by contrasting themselves against the other space and its residents. Geographers Browne, Brown and Lim explain in Geographies of Sexualities that “What we do makes the spaces and places we inhabit, just as the spaces we inhabit provide an active and constitutive context that shapes our actions, interactions and identities” (2007:4). Much of the spatial construction by Hillbrow’s and Tiragalong’s inhabitants happens through ascribing legitimate sexual practices to a place.

In Hillbrow there are sexual practices which the people of Tiragalong do not approve of, such as prostitution, homosexuality, sexual relations between people from different national belongings or backgrounds and HIV/AIDS. These sexual practices get tangled up with the presence of international migrants in Hillbrow. In the eyes of Tiragalong, Hillbrow is not just a place which has been formed by queer sexuality, but xenophobia, homophobia and reactionary thinking mix to create a view of the place based on a mixture of sexuality and migration: “This AIDS, according to popular understanding, was caused by foreign germs that travelled down from the central and western parts of Africa” (3-4); but also, “AIDS was caused by the bizarre sexual behaviour of the Hillbrowans. How could any man have sex with another man? they demanded to know” (4). Tiragalong establishes its identity as home to people who have not immigrated from particular places or do not engage in particular sexual behaviours against the image of Hillbrow. Hillbrow, drawing on its history in Johannesburg during the apartheid era, becomes a place where queers, migrants and other undesirables can congregate and live together and create a home.

However, Mpe does not stop at pitting rural and urban, traditional and modern, Tiragalong and Hillbrow against each other. Instead, he goes on to show that they are not that different from each other and neither are the people calling these places home. Refents?e and Refilwe, our protagonists, have moved from Tiragalong to Hillbrow, and they have managed to encapsulate and break down the tension between these two places by inhabiting them and their norms simultaneously: “You [Refents?e] always took Tiragalong with you in your consciousness whenever you came to Hillbrow or any other place. In the same way, you carried Hillbrow with you always” (49). Mpe also manages to show that while there is destruction in Hillbrow, prostitution and violence, the same goes for Tiragalong, where perceived witches are punished with death and necklacing is in practice.

In the end, sexuality brings the rural and the urban together, but also the national and the international, when Refilwe returns home from studying in Oxford, where she met her Nigerian boyfriend, to spend her last time in Tiragalong before dying of AIDS, which she has contracted from an unknown source in an unknown location. She reflects that she can “no longer hide behind your bias against Makwerekwere. You do not blame them for the troubles in your life, as you once did. You have come to understand that you too are a Hillbrowan. An Alexandran. A Johannesburger. An Oxfordian. A Lekwerekwere, just like those you once held in such contempt. These men and blood of Makwerekwere flows in your Tiragalong and Hillbrow veins” (122–3).

Sexuality and space literally come together: bodily and sexual fluids flow through veins made up of the places this character has called home, and they do this to challenge and change the notion of home. Through becoming a migrant herself, through having a relationship with another migrant, and through not knowing when and where she contracted AIDS, Refilwe comes to the understanding of herself as part of all places, and all places as part of her. It is not possible to isolate yourself, not to the physicality of place nor of other humans. She finds a new home in the mixture and the complicated – in between the spaces.

Thus we can see that although Galgut and Mpe’s novels might seem to present two wholly different responses to post-apartheid South Africa, they do, in fact, have a similar preoccupation with how the space of home is shaped and what roles movement and sexual desire play in this. In both novels characters look for strength in the search for a new concept of home in new versions and mixtures of human relationships and in movement. Galgut’s text probes at how placelessness, movement and transitory connections evade and destabilise home, while Mpe’s text looks at how a place is changed by the human connections resulting from movement to and from this place. The outcomes differ, however. In Welcome to Our Hillbrow, despite the tragic endings of both characters, Refents?e and Refilwe emerge stronger and ready to confront history and reality through this movement of space and desires, while in In a Strange Room, Damon uses the same movements to flee history and reality.

>>>>Back to the conference's index page for more papers.