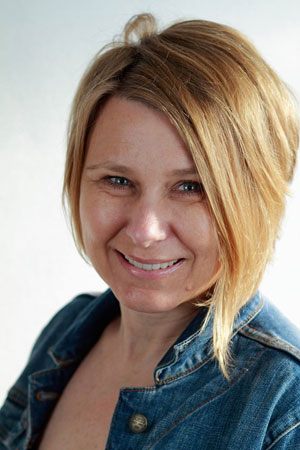 It is doubtful whether there is a literary event in South Africa that throws the spotlight on the importance of translation more vividly than the UWC Creates poetry festival held in September each year.

In the 11 years since its inception, poetry in Xhosa, Sesotho, Khwedam, !Xu, Arabic, Chinese, Korean, French, German and Dutch has been heard. The audiences that pack the hall each year are able to glean meaning by reading from a projected translation on a screen behind the poets.

The use of projected translations during readings, while common in Europe, is unusual in South Africa. It is a complex production requiring specialised technical knowledge of font size and colour and speed of movement. Also, the operator at the projector, who will not know all the source languages, must be able to pick up variations in the poet’s reading and adjust the movement of words on the screen accordingly.

But even before the technical complexities can be addressed, there is the matter of poetic or literary translation, of which there is not a strong tradition in South Africa, except to some degree between Afrikaans and English.

The lack of literary translations from and into other indigenous languages is apparent when the South African Translators’ Institute (SATI) calls for entries every three years for its prizes for outstanding translation and dictionaries.

Marion Boers, executive director of SATI, says, “The competition was started to encourage more translation, but we still find that most of the literary translations are into or from English and Afrikaans. A lot is being done on the translation front in children’s literature, but adult literature is lagging far behind.”

Bheki Ntuli, who has taken part in a number of translation projects, including translating Nelson Mandela’s Long Walk to Freedom, Kahlil Gibran’s The Prophet and Lewis Carroll’s Alice in Wonderland into Zulu, concurs. “Most publishers prefer to print what is suitable for the school market. This has created the misconception that the books in (indigenous) languages are ‘childish’.”

He says much is produced in the “bigger” languages (Xhosa, Zulu, Pedi), but less in, for instance, Ndebele and Tsonga.

Not enough has been done to ensure that South Africans share their literary output, Ntuli believes.

“Some of the exceptional works by prominent local English and Afrikaans authors are unknown to most of the local readers. Some of those books have won international awards. Books by local giants, such as the late André Brink, have been translated into many foreign languages, but not into any of the local indigenous languages. We ought to look into this anomaly.”

What is preventing this linguistic cross-pollination?

“The culture of reading in the general public is poor,” says Ntuli. Marion Boers also says that in order for the culture of translation to grow, demand needs to grow.

Perhaps it is a chicken and egg situation, though: if there were more translations – if good stories and poems were more readily available in all languages – there might be more demand.

However, translation is often seen as an expensive undertaking. Boers says a good translator can translate 300 to 400 words per hour. At a rate of around 60 cents per word, if a novel averages about 40 000 words, its translation would cost some R24 000. With low sales figures, publishers would generally find this a prohibitive amount for one section of a publishing project (not including the rest of the cost of producing and distributing a book for sale).

And then there is the matter of literary translation as an area of speciality. It has become common in South Africa for novels and poetry from Afrikaans and English to be translated into the other by other authors or poets.

Antjie Krog, who runs the Afrikaans programme at UWC Creates and is mostly responsible for overseeing the translation of poems and screening them for the poetry festival, says, “Being able to speak two languages well does not necessarily mean that one is able to translate a poem successfully. The quality of the translation must be high enough so that the audience receiving the translation appreciates and respects the poet’s work even if they are receiving the poetry in a language in which the poem was not written.”

Literary translation requires a keen sense of the power of imagery and metaphor and the sound of language. Ntuli says that while translators of government or official documents have to keep as close possible to the wording of the source, the literary translator needs a more intuitive approach.

“He or she must be highly creative to be able to use the idiom of the target language to replace what may sound foreign if transferred as is from one language to another.”

Why is any of this at all important? 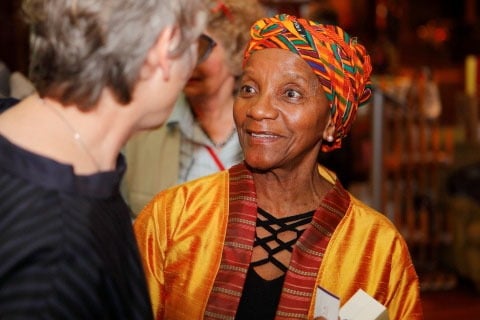 UWC Creates is the only fully trilingual university creative writing programme in the country. Sindiwe Magona runs the Xhosa programme, while Meg Vandermerwe runs the English. 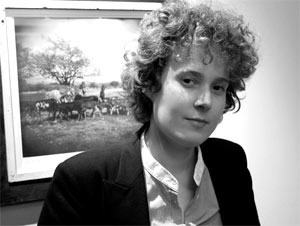 “Imagination is the route to empathy, and empathy is the route to social change. By accessing the stories of ‘the other’ through language sharing, hybridity and translation, our imaginations can flourish.”

“World classics or works of exceptional merit should be translated into indigenous languages. Among other benefits, these works can serve as models of the standard already reached in other literatures. On the other hand, the world can only be enriched by works of merit written in indigenous languages. From such works much can be learnt about the culture and practices of the speakers of these languages.

“From the artistic point of view, one group can learn about other forms or styles, which can then be incorporated by local practitioners into their own products where desirable. On a personal note, my own writing was ignited when I was in standard 7 [grade  9] after I read a translation of RL Stevenson’s Treasure Island, which was translated as Isisulu Sabaphangi.”

Kwesi Kwaa Prah, in a paper titled “Challenges to the Promotion of Indigenous Languages in South Africa”, writes that the supremacy of colonial languages in post-colonial Africa is not unusual.

“Right across the continent the languages of colonial dominance have managed to maintain the hegemony and indeed increased in their power and influence as African elites continue to wholeheartedly embrace the usage of these languages.”

There are strong social, artistic and linguistic arguments for a more vigorous translation landscape in a country with 11 official languages, and yet the only impetuses for literary translation appear to be either money or love. Literary translation is done mostly where there is promise of commercial viability (for instance, a novel written by the popular and prize-winning Afrikaans novelist Ingrid Winterbach and translated by the similarly popular and prize-winning English author Michiel Heyns has a reasonable chance of commercial success) or where there exists a simple love of language and literature, as in the case of the UWC poetry festival. 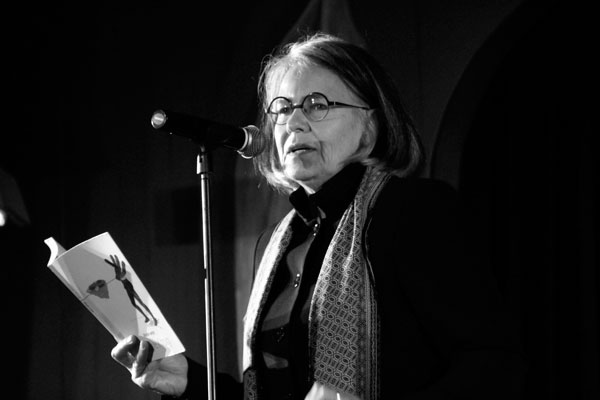 Krog says: “The UWC Poetry Festival’s multi-lingual success hinges on the university’s own dedication to translation and the help of staff and students who are interested in doing sensitive, high-quality translation. Literary translation is an act of love and of belief in its importance for its own sake.”

*  International Translation Day is celebrated on 30 September. It is sometimes called St Jerome’s Day, after the Bible translator who is considered the patron saint of translators.