Brett Bailey’s Exhibit A, one of the most talked about productions at the 2012 National Arts Festival in Grahamstown, explores the theme of the objectification of black bodies through the lens of the violent history of European colonial expansion on the African continent. The exhibit draws on the concept of the human zoo, the macabre practice of exhibiting non-European people in enclosures for the purposes of entertaining and “educating” European and American audiences which remained popular from the mid-19th century well into the mid-20th century.

Bailey’s audience members are led, one by one, through a candlelit house of horrors, encountering in each room live “specimens” on display. The historical trajectory of colonial systems of exploitation and systemic violence, specifically the devastating impact of racial classification and the mass extermination of so-called “inferior” races, is traced as one progresses from room to room.

The audience is invited to participate in the objectification of these black subjects and audience members are even provided with benches from which to view the exhibit. An uncomfortable moment ensues as one begins to find oneself not only complicit in the act of classification – and even enjoyment, as one cannot help but revel in the beauty of the traditional songs of lamentation performed by a Namibian choir representing the severed heads of the Nama people – but also at the same time subjected to the penetrating gaze of the person being observed.

The continued impact of racial Othering on the African continent is expressed through the display and classification of the modern “found objects” such as the “Zimbabwean immigrant”, creating with the audience a sense of immediacy and again complicity in the on-going tolerance of racial violence, discrimination and oppression.

I watched as viewers stumbled and groped their way out of the ominous atmosphere of the darkened building into the bright winter sun, some crying, others blinking in dazed confusion. None left untouched by this devastating portrayal of the atrocities that people are capable of inflicting on one another.

This powerful production forms part of a series which interrogates the colonial histories of various European countries. Exhibit B will appear in Amsterdam, Paris, Berlin, Gent and Avignon, while Exhibit C will appear in Edinburgh, London and Madrid.

Brett Bailey’s next production, medEia, will appear at The Baxter in Cape Town from 12 to 15 September. 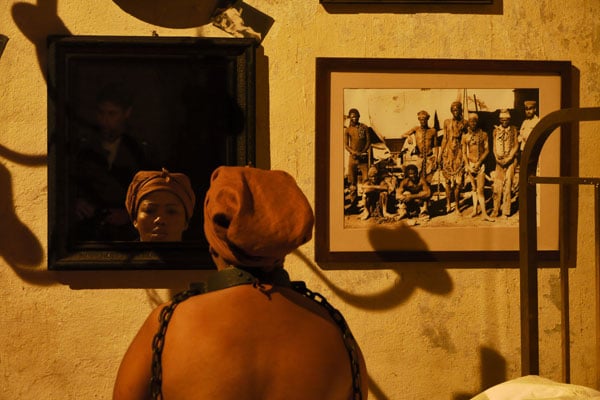 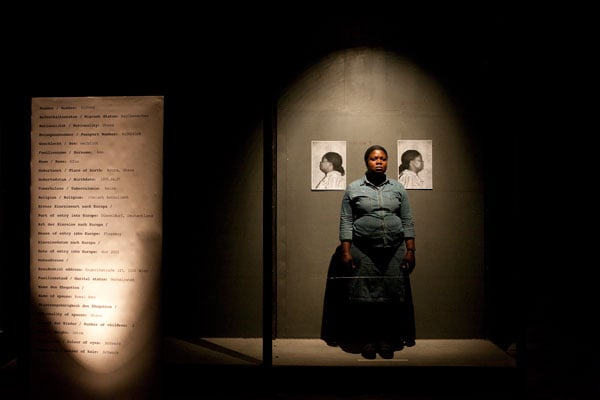 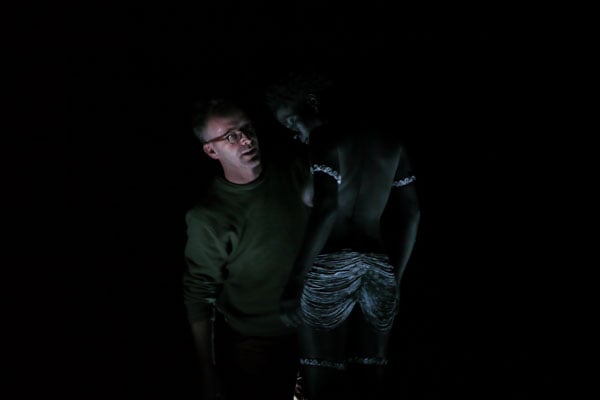 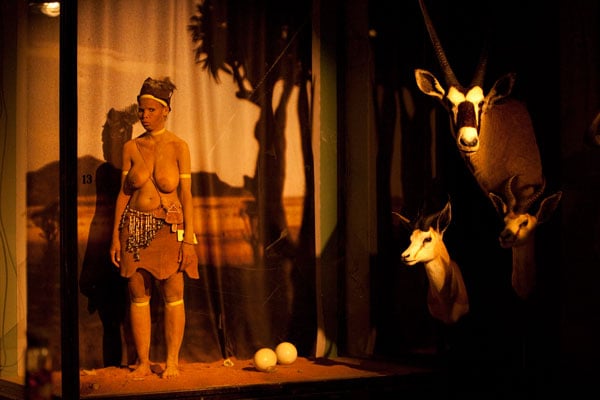