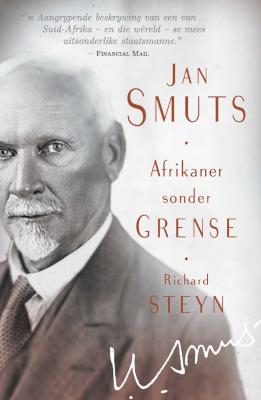 The challenge in writing a biography about the remarkable life and career of this remarkably ambitious Afrikaner soldier-statesman, is in conveying what it was that he amounted to. We know from Richard Steyn’s attractive and extremely readable book, that he was by nature solitary and meditative, that he had penetrating blue eyes, that he was intellectually gifted and that his political skin was as thick as that of a rhinoceros – in the later 1920s, he sat unmoved on his opposition parliamentary bench, shrugging off JBM Hertzog’s lengthy, vicious and defamatory attacks on his previous record in government.

But what, though, was the essence of Jan Smuts? Or, how are we to take his measure? Was he the ruthless authoritarian who shot and bombed Johannesburg’s striking white miners into submission in the 1922 rebellion, and who slid so comfortably under Britain’s sheets that he was dubbed “the handyman of the Empire”, or was he a romantic seeker after universal philosophical truths, theories of evolution, and the meaning of conscience and freedom?

At the heart of this absorbing portrait – within a ribcage that contains much else – lies the enigmatic contradiction of Smuts, a revolving mask that his latest biographer does a good job of lifting. In what is a sympathetic life study, you can also understand why his life is virtually a biographer’s dream. In depicting the many and varied aspects of Jan Smuts’s life, Richard Steyn has done a service for new readers with virtually no knowledge of his subject. In his eighty years, Smuts was a young child who tended farm animals, a star school pupil and university student, a barrister, a journalist, a lecturer, an author, a state attorney, a guerrilla fighter, a general and field-marshal, a cabinet minister and prime minister, a British Privy Councillor, an international statesman, an ecologist, a husband and father, a non-smoker and virtual teetotaller, a poetry-lover, a philosophical thinker and a notable walker and amateur climber. As aspects of “Slim Jannie’s” life, whatever your view of the “Oubaas”, these are the ingredients of an unusually rich stew. The overall portrait that Mr Steyn has composed, treats us to glimpses of these and several other personal dimensions – some touched on lightly, others assessed at greater length.

Afrikaner sonder grense is also accessibly organised, being divided into two complementary parts. The first and longer section consists of a chronological account of Smuts’s life and times. In a story which flows along at a nice pace, we see how Smuts started as a sickly but mentally precocious boerseun from the rural Western Cape village of Riebeek Wes, and went on to end up not only as the last prime minister of his country before the National Party swung into the saddle, but also as a member of Winston Churchill’s war cabinet in the 1940s. Lastly, having been an instrumental figure in the founding of the earlier League of Nations after the First World War, Jan Smuts was, again, a key influence in formulating the charter terms upon which the United Nations was founded in 1945.

This was, undoubtedly, the high point of his soaring internationalism, the seal upon his stature as South Africa’s “Afrikaner sonder grense”, an inordinately ambitious man who loved to impose himself and his ideas upon an ambitiously wide human canvas. While he was known for self-restraint, this was also a moment when Smuts got carried away. For, as Richard Steyn reminds us, it was he who penned the UN declaration of such principles as “the practice of tolerance”, “the enlargement of freedom”, and faith in “fundamental human rights”. As he was in California at the time, he could perhaps not have been accused of forgetting the old saying that charity begins at home. After all, sounding high-minded was easier in San Francisco than in Schweizer-Reneke.

In a fairly compact book, Smuts’s accomplished biographer succeeds in packing in every major development in his incessantly busy – and often scheming – life. Richard Steyn depicts both the twists and turns of his pulsating immersion in local high politics, as well as the creation of his glittering public persona in imperial Britain as a loyal “King’s Afrikaner”, and reveals what he read, thought and wrote – and what admiring others, like Winston Churchill and the philosopher Gilbert Murray, thought of him and wrote about him.

This biography is, therefore, peppered with a range of strong voices, lending it a personal immediacy, and allowing the great ego of Doornkloof to reveal its temperament by speaking for itself. We see Smuts, never short of self-regard, far up in 1917, believing that, through his “active service for humanity”, he could end the horror of the First World War. And, we see him decades later, far down, confessing to having been driven by his mental and physical compulsions beyond the limit of his “physical resources”. What emerges is a complex portrait of an impatient and often brusque man, dismissive of those he considered to be inferior, intellectually sharp, supremely sure of being right, and rather easily flattered, especially if the praise came from Windsor Castle.

The novel feature of this Smuts biography is its second part. This comprises a series of eight reflective essays, through which Mr Steyn explores what might be seen as the legacy of Jan Smuts. Judicious in tone, and scrupulously fair in their appraisal of Smuts’s various sides, these throw light on such matters as his international statesmanship, his ostrich-like stance on race or “the colour question”, and his obsessive advocacy of the obscure philosophy of “wholeness”, or Holism. His old associate, Deneys Reitz, confessed to having managed to read only the first three pages of his turgid Holism and evolution. The poet Roy Campbell was also not a fan, mocking Smuts in verse: “Statesmen-philosophers with earnest souls/ Whose lofty theories embrace the Poles/ Yet only prove their minds are full of Holes”.

One of the most intriguing of these pieces deals with Smuts’s love of the close friendship of a wide circle of gifted women. Always “platonic and overwhelmingly intellectual”, these relationships exposed a disarmingly tender side, although, even here, Smuts turned it into some sort of gender commentary. Declaring privately that most of his “special friends in life” were “largely women”, he put it down to being “fully a male type”, and thus “opposites attract” through natural “electromagnetism”. Whereas Louis Botha loved playing cards for the low stakes of his pocket, Jan Smuts loved playing women for the high stakes of his mind.

Afrikaner sonder grense is alert to – and, indeed, almost troubled by – the big contradiction embodied by its subject. That was Jan Smuts’s inability to recognise, even less to try to reconcile, his blindness towards the yawning contradiction between his grand global ambitions for an improving world ruled by human rights and human liberties, and his failure to accept that these freedoms ought to extend to all the inhabitants of his own home country. As the author stresses, “his belief in keeping the races apart never wavered”. An avowed paternalist, he believed that it was the obligation of superior Europeans to coax lesser Africans towards “a state of civilisation through systematic work and practical education”. This was, ultimately, a colonial notion of white trusteeship. Equally, as Mr Steyn points out, it was hardly an eye-opener in the Western world of the 1940s, in which universal political and social equality were still far from common. In that sense, the elderly Jan Smuts was merely a conventional creature of his historical time.

And, by ducking the challenge of trying to resolve “the colour question” by sticking his head in the sand, Smuts showed that perhaps he was human after all, no matter how unyielding the humanity on display. Solving the “political future” of the black majority was, he said, “an intolerable burden”, which left him inclined to leave “that sphinx problem” to the stronger “shoulders and stronger brains of the future”.

In the last pages of this disparate life story, Richard Steyn draws an interesting parallel between Jan Smuts and Thabo Mbeki, both architects of their own type of new South Africa, both fancying themselves as thinkers, both fond of being on the world stage, and both, ultimately, isolated and distrusted at home. Such parallels could be stretched back in time, so that, at Union in 1910, Smuts and Botha might be seen as the aloof Mbeki and convivial Mandela of their day.

While “Slim Jannie” obviously overshadowed all others in the creation of an independent modern South Africa, this biography encourages one to remember those who are less remembered. Spare a thought for the plain and plodding Louis Botha. Although no match for Smuts in intellect and industry, at the end of the First World War he led a British Empire mission to Poland in the Polish-Soviet War, and two decades after his death a Second World War British aircraft was named after him – the Blackburn Botha bomber. For a brief time, he, too, was an “Afrikaner sonder grense”. And, perhaps spare a final thought for the most far-sighted of anyone in Smuts’s camp in 1945. For JH Hofmeyr, there could be no solution to the great South African “problem”, unless it was accompanied by the abandonment of the country’s herrenvolk mentality. “Here, in South Africa,” he observed, “the greatest evil of all is the tyranny of prejudice.”