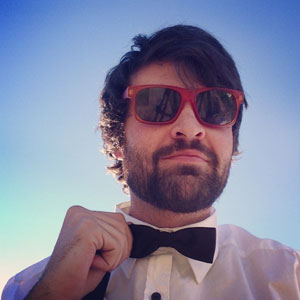 Congratulations on being one if the Sing 'it finalists! Tell us a bit more about yourself ...

I am a songwriter from the great city of Pretoria. I've been writing songs since I was young and it is all that I've ever wanted to do. I am the vocalist and guitarist for a band called Hey, River!

How did you feel when you found out that Straatligkinders chose your song?

At first I couldn't believe it. I'd been a fan of Straatligkinders' music for a long time and had always thought about writing a song that would suit their style.

Was this the first time that you wrote a song, or are you an avid songwriter?

I write a lot. Like most musicians I have about a million "half-a-songs". If you're lucky, one of them inspires you enough to finish it. The others have to wait their turn.

The general theme from my entry reminds of a sinister fairytale. I tried to give a worldly realist's spin to a well-liked idea. So an unhappy ending, to a story about true love and the (albeit minor) battle between good and evil.

I was living in Potchefstroom when a friend and I talked about his miserable failure of a relationship (laughs) and how at the start he'd thought of it as a fairytale.

To take over the world!

If I won the R50 000 cash prize I'd record a full album of my own songs and hold thumbs that someone will like it. 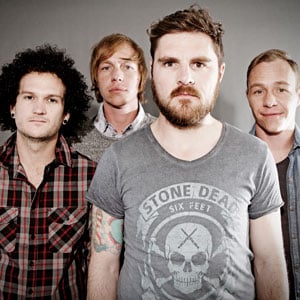 Working through over 2000 entries is a daunting task. How did you guys go about it? And what were you looking for?

We wanted to go for a story. We always like underdog stories and the song we picked tells the story of a guy who lost his girl but is still wishing her the best of luck with her new boyfriend.  It was cleverly written without being cheesy.

Why did you choose Frans van Wyk's lyrics? What stood out for you?

This is a really good love song, and everyone relates to love songs. Frans has a unique style of writing and he uses his metaphors in a clever way.  Afrikaans can go cheesy very quickly and the way he told the story was not cheesy at all.

We wanted to go with a fun dancy approach.  We have been making rock music for seven years now and we just wanted to do something different and have fun. We always have a sit-down with each member that has an idea for a song to talk about in which direction we would like the song to go. In the end we all decide on one direction (not the band) and work from there. We have never written a song like this, so it was a cool new experience for us.

What do you think gives "Plaasvervanger" the edge to win this year's Sanlam Sing 'it?

It's definitely the most up-tempo song of all the songs and I think if you like to move your feet and shake them hips this song will be for you. The other contestants are amazing and that is what I love about this project – everyone brings something amazing to the table.