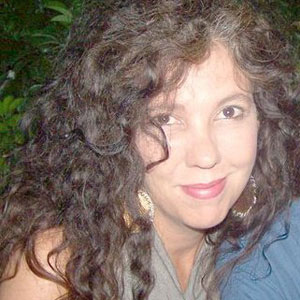 Congratulations on being one if the Sing 'it finalists! Tell us a bit more about yourself.

Thank you! I am a very down-to-earth person, crazy about my family, friends and dogs. I love to write and I have recently finished writing a novel, which I hope to publish. I sketch and paint, love to cook and write songs while I cook ...

How did you feel when you found out that BlackByrd had chosen your song?

Utterly overwhelmed! Such a wonderful feeling, huge tears of joy! I kept thinking, “Oh my gosh, my family and friends are going to be so proud of me!”

Was this the first time that you’d written a song, or are you an avid songwriter?

I am an avid writer, and have written many songs over the years.

I think it stood out because the lyrics are unusual and very romantic. It’s a feel-good song, and it’s perfect for BlackByrd, I think.

To me, this song is about experiencing complete and utter love and expressing that in the best possible way, through the heartfelt words of a song.

I wrote the beginnings of this song more than 20 years ago. I was sitting alone in my little flat in Cape Town. I remember looking out at the rainy weather and feeling something I could not describe, but the words just came to me. Later, when I met and fell for my husband, I completed the song the way he completed me ...

Ooh, I needed this money so much, but I do think a little bit of Christmas shopping and a visit to the hairdresser are on the cards!

I thinking people should and will vote for my song because it’s a feel-good song that everyone who has ever been in love can relate to. It is also huge that BlackByrd are recording it. If I won the R50 000? Wow, it would be wonderful! As I said, I do need the money and we also have one daughter’s 21st coming up, so that would help a lot. Thank you so much, BlackByrd, for choosing my song and giving me this opportunity. I am more thrilled than you can know ... 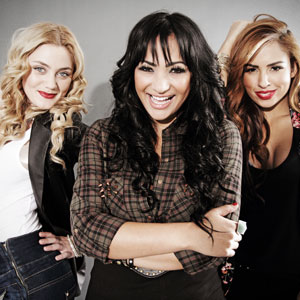 Working through over 2 000 entries is a daunting task. How did you guys go about it? And what were you looking for?

It was a challenging task for us. Initially, we had no set idea of what we were looking for, because we didn't know what to expect, really. So the only prerequisite was that the lyrics needed to be sincere and, most importantly, be written in such a way that we could imagine ourselves singing it.

Why did you choose Beulah Lee Harris's lyrics? What stood out for you?

We chose Beulah's lyrics because they were simple and sincere. Just from reading them the first time we got such a clear sense of what she was trying to say. For songwriters, achieving simplicity in a lyric is the hardest thing to do, because we always tend to want to say too much about a certain idea. But it's in finding just the right number of words, carefully selecting each one and really making every word count. Beulah really did a superb job here and the simplicity of her words really stood out.

Finding the melody to marry her words was quite challenging. When you're writing a song, the moment you "force" melody to a lyric or vice versa, you stop "music" from happening. So once we’d selected her lyrics, I experimented with many possibilities of how the song could be interpreted. I drew on a few key factors:

- She wrote a love song, so the mood and feel of the song needed to be light and free.
- Summer is here. So it needed to be a tune you would play with the volume turned up high!
- The genre. I have been so inspired by Mumford and Sons and Phillip Phillips, so I thought it would also be a great step forward for BlackByrd also to experiment with different kinds of rhythms to keep things musically fresh!

And then I found this awesome melody for her chorus and then just expanded it through the rest of her song.

What do you think gives "You're the reason why" the edge to win this year's Sanlam Sing 'it? What would it mean to you if the song won?

When it comes to music, I am a firm believer in the power of a good song, at the end of the day – the song always speaks for itself. So we think the song that has the furthest reach in terms of its sincerity, the one that moves the listener and has the ability to resonate somewhere with that person, should be the winning song.

We're in this competition with some really fantastic artists, so the competition really has been a wonderful platform for us, not only to showcase our musicality as musicians, but also as an opportunity to develop our craft as songwriters.

Read Beulah's original lyrics for You're the reason why here.