Like discourses on African postcoloniality, it is difficult to locate what exactly constitutes a post-apartheid imaginary in South African fiction. For the greater part of the milieu following the country’s first democratic elections, scholars such as Mark Saunders, Vilashini Cooppan and Shane Graham have tended to focus on the impact of the Truth and Reconciliation Commission (TRC) on literary production. Graham, for example, notes that the TRC “began a long and sometimes painful process of renegotiating South Africans’ relationship to their social and physical spaces” (3). However, “rather than allowing South Africa to ‘close the book on the past’, as many of the commission’s proponents suggested … the TRC helped make possible the continual writing and rewriting of that book” (3).

Three relevant questions emerge in discussions about contemporary South African literature: firstly, significant emphasis is placed on the motif of space which is also necessarily connected to issues of access and security. Secondly, fictions emerging in the aftermath of the TRC are under pressure not only to constantly look backwards in its engagement with a “political theme” which, to use Njabulo Ndebele’s words, “document[s] rather than explain[s] … suffering” (170), but also to reimagine and redefine the coordinates by which subjectivity in this context has been constructed, interpreted, and delimited by the apartheid rhetoric. Lastly, the form of recollection called for in this literary landscape should be seen as a means of confronting the country’s history while also envisioning an alternative future. 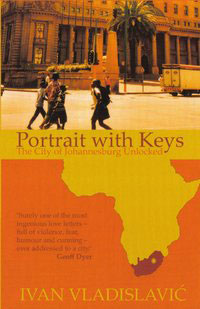 In an essay which traces the evolution of Johannesburg from a colonial, apartheid and then contemporary metropolis, Achille Mbembe argues that in order “to reveal the unconscious of a city, we need to track the visible marks of the passage of time and the various lines of flight that symbolize the culture of a place” (404). Where Johannesburg is concerned, its unconscious is characterised by “different layers of historical time superimposed on one another, different architectural strata or residues from an earlier time. In times of transition, these layers become elusive and precarious” (405). Following a similar logic in his comparison of Ivan Vladislavi?’s depictions of Johannesburg in general, James Graham contends that the author constructs “an imaginative space” in need of both “reinterpretation and re-articulation” (334).  Referring to Portrait with Keys: The City of Johannesburg Unlocked in particular, Graham maintains that the implied reader is compelled to participate in the project of envisioning the city as “an (incomplete) imagined community” (337).

Portrait’s form (loops/mapping/enclosure) gestures towards circularity in that the security measures which are supposed to keep people safe are also linked to an existential angst experienced by the focaliser. For example, the deliberate carving out of spaces to be inhabited by one race to the exclusion of another – a stark reminder and remainder of the colonial and later apartheid systems – leads the narrative voice to observe, “I live on an island” which he perceives to be “accidental” even though it is “made by geography and town planners who laid out these city streets” (21). Likewise, on his trip to Gem Supermarket, the focaliser observes a “young white man with a bristly face” taking a walk. The precariousness of the focaliser’s own existence as a white citizen in post-apartheid Johannesburg is imprinted on to the young man, whose “pacing is hypnotic, up and down in front of the railing, like a caged animal” (37). Upon following the young man out into the street and watching him get on to his bike, the focaliser muses in a manner reminiscent of the writer/detective protagonist wandering the streets of New York in Paul Auster’s City of Glass which, incidentally, is also one of the intertexts in the narrative:

Four strides, a clockwise turn, four strides, an anticlockwise turn. It would be better if both were clockwise: then one might console oneself that he is accumulating distance. As it is, these turns in opposite directions cancel out progress, create the impression that he is constantly retracing his steps, always forgetting why he is moving and going back to a starting point. He is going nowhere, fast. (38)

As this intimates, the sense of being on an island is a metaphor for the attempt to gain subjective integrity in a physical space which is located in two temporal zones, that of a traumatic past and that of a senseless present. The existential dimension of the young man’s circular movements, suggested by his perception of moving forward while in fact retracing steps he has already taken, is further connected to the theme of “mapping and monuments” in the novel. As the narrator points out with regard to people getting lost on their way to the hospital near his home, “the way and the walker … are [always] in conversation” (53). Thus, the senselessness implied by his walking and yet going nowhere is parallel to the intrusiveness of the focaliser’s childhood memories in his current journey through the city. 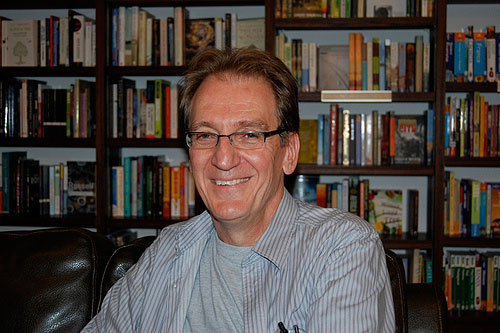 Moreover, during his encounter with the house in which Herman Charles Bosman shot and killed his stepbrother in Bellevue, the focaliser is stunned by the absence of a plaque or a sign indicating that Bosman lived there. A sense of loss leads him to recommend to his friend, Louise, the need for a “a map of the city of the dead” (46). In response, Louise proposes a “map of the living,” a sentiment which is later taken up by another friend, Jeff, who insists that “the city is passing away … and everyone in it, including ourselves. We must build ourselves a memorial while there is still time” (47). It is quite clear at this point that it is not so much the city that is “passing away” but rather the sense of meaning that the “white” inhabitants of greater Johannesburg once derived from certain spaces. The fear of the unknown and the passing away of the co-ordinates by which white subjects in the text once derived their place in the world is rooted in the material. It is a consequence of physical objects no longer performing the affective function they used to. Throughout Portrait, the disintegration (or perceived disintegration) of specific locales is linked to the intrusion of the racialised, black body. It is not so much the physicality of this body which irrevocably alters the meaning of the spaces presented; rather it is what this Other does with the physical objects which serve as markers of stability for the white subjects. The centrality of the white subject/protagonist in Portrait is suddenly called into question, robbed of stability, in a world where “objects [hang] suspended, attached by nothing but space to the names of people who once loved them” (49).

The sense of the human subject searching for meaning in a void is intimately related to the question of representation in this context. At various intervals, specifically when confronted with an enigma, the focaliser either reaches for his notebook or makes comments about the nature of authorship, of writing and not writing, or else the inadequacy of an artist’s tools of trade. Again, the idea of “framing and reframing” is of great significance both to Vladislavi? and to his protagonist, primarily because it implies a preoccupation with the issue of creating an art. While the latter may be read with reference to his attempt to understand or “read” himself in the narrative of post-apartheid Johannesburg, the former’s relation to representation is a little more complex. Vladislavi?’s positioning of his focaliser in Portrait along with the self-consciousness of the text and the existential motif at the heart of the narrative illustrate the desire to come to terms with the spectres of apartheid which influence contemporary literary production in South Africa.

>>>>Back to the conference's index page for more papers.