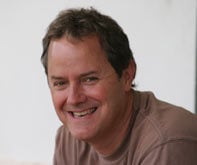 Peter Church typed his first novelette on his mother’s Royal typewriter at the age of eleven. He grew up in Walmer, Port Elizabeth and attended Grey School. After completing a postgraduate degree in computer science at the University of Cape Town, he formed a successful IT business with two business associates. He took a breather from a two-decade-long career to write his first novel, Dark Video, which was first published in South Africa by the Struik imprint Two Dogs in May 2008 and then by New Holland in Australia in 2009. His short story The One appeared in the crime fiction collection, Bad Company, published by Pan McMillan in 2009.