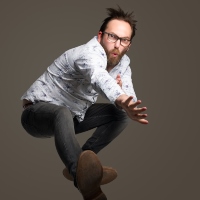 Jon Savage is a maker of things. He began as a filmmaker at a young age, until his musical career exploded in the form of a globetrotting rock band called Cassette. He has subsequently been a music producer, a DJ (5FM jock), the music director for the South African Music Awards, the creator of the 5FM Mashlab phenomenon, a writer for Rolling Stone magazine, a commercial director and a Cannes Film Festival feature film director, He has won multiple Loeries, SAMAs and other awards for his creative thinking in the digital space. He is currently the content and platform creator at HaveYouHeard, and he heads up InBroadcast, a division of HaveYouHeard that specialises in innovations in the broadcasting space.

BUSQR – a new way for artists to generate income through livestreaming

"It may just be the world’s first live donations platform that allows artists, performers, comedians, chefs, etc to earn from their fans while they livestream – from anywhere in the world. Also, we’ve seen incredible fundraisers being curated around BUSQR. Musician Dan Green managed to raise R120 000 in one hour for a township in Noordhoek."