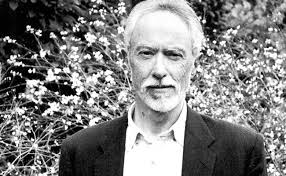 John Maxwell Coetzee (born 9 February 1940) is a South African-born novelist, essayist, linguist, translator and recipient of the 2003 Nobel Prize in Literature. He has won the Booker Prize (twice), the CNA Prize (thrice), the Jerusalem Prize, the Prix Femina étranger, and The Irish Times International Fiction Prize, and holds a number of other awards and honorary doctorates.

Coetzee is one of the most critically acclaimed and decorated authors in the English language. He moved to Australia in 2002 and became an Australian citizen in 2006. He lives in Adelaide.

Full particulars podcast: Migrant being in the Jesus novels

In the sixth episode of his podcast series Full particulars, David Attwell discusses JM Coetzee's enigmatic Jesus trilogy with Robert Pippin (University of Chicago), Derek Attridge (University of York), and Elleke Boehmer (University of Oxford). With a reading from The death of Jesus by JM Coetzee.

"With her wide experience of the world, her firm but generous moral sense, and her sharp, inquiring mind, Elsa Joubert represented the very best of the Afrikaans intellectual tradition. I am honoured to have been her friend."