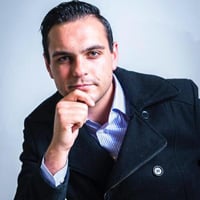 “The more I have studied, travelled, performed and lectured, the deeper my love for opera has become.”

Johannes completed his MMus (musicology) degree at the University of Stellenbosch under the guidance of Dr Hilde Roos, and is currently in the final stages of his PhD in vocal pedagogy at the North-West University, under the supervision of Dr Conroy Cupido.

In 2011, Johannes won the Ruth Ormond Prize for Singing, and in 2012 became part of the Elizabeth Clough Music Trust Foundation. In 2013 and 2014, he won the Gregorio Fiasconaro Prize for his interpretation of Figaro in Cape Town Opera’s Il Barbiere di Siviglia (G Rossini), and Marquis de la Force in UCT Opera School’s Dialogues of the Carmelites (F Poulenc). Furthermore, in 2014, Johannes won the Gobbato-Qavane Opera Bursary for postgraduate studies in music. He also won the 2014 ATKV-Muziqanto South African National Singing Competition, accompanied by the Cape Town Philharmonic Orchestra, under the baton of Maestro Graham Scott. From 2015 to 2017, Johannes formed part of the Cape Town Opera Studio Programme.

On the international frontier, Johannes was seen for three consecutive years in the Johann Strauss New Year’s Concert in Helsinki, Finland, accompanied by the Sibelius Academy Symphony Orchestra, under the baton of Maestro Atso Almila. He furthermore completed a UK tour in the title role of Mozart’s Don Giovanni, as presented by Opera in Darling. Through the course of 2017, Johannes continued his work in various parts of the globe, including performances of Cape Town Opera’s Mandela trilogy in Hong Kong and Dubai, together with a Cape Town Opera concert tour to the UK and Germany.

As an orchestral conductor, Van Staden-Slabbert started conducting for the Cape Town-based opera company, AGL Opera. Since the inception of the company, Van Staden-Slabbert has conducted the AGL Opera Gala in Cape Town, as well as Menotti’s The old maid and the thief and Strauss’s Die fledermaus, as presented in collaboration with the Suidoosterfees in 2018.