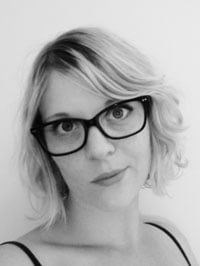 Esthie Hugo received her undergraduate degree in Theatre and Performance at the University of Cape Town in 2012 before moving on to complete her Honours in English Studies in 2013. In 2014 she was awarded Scarce Skills funding by the NRF towards the completion of her Master’s degree, also at UCT. Specialising in Gothicism in contemporary South African literature and performance, Esthie has presented papers locally and internationally on the writings of Reza De Wet, Charlie Human, Die Antwoord, Spoek Mathambo, as well as on the work of popular Cape Town theatre collective, the Mechanicals. Her current research interests include matters of surface, horror and affect in post-transitional South Africa. Esthie moonlights as the night manager of Alexander Upstairs theatre, amongst other non-academic things.

Sinister Surfaces: Contemporary South African Horror (On Stage and Off)