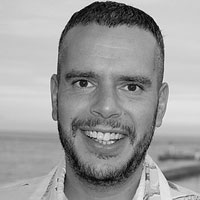 Daniel Jardim grew up in a family of cooks and began inventing dishes from a very young age. On his thirteenth birthday he announced to his family that he had decided to become vegetarian. He spent eleven years in the UK where he studied Holistic Nutrition and offered advice on food supplementation. When he returned to South Africa in 2007, Daniel became the resident cook at the Buddhist Retreat Centre in Ixopo, KwaZulu-Natal, and created the recipes for the extremely popular cookery book The Cake the Buddha Ate (published by Jacana Media, 2011). Daniel currently hosts cookery retreats around South Africa with a strong emphasis on the consciousness of the food and the eater.