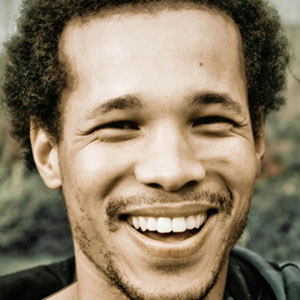 Congratulations on being one if the Sing 'it finalists! Tell us a bit more about yourself.

My name is Giovanni Coetzee, I have been married for five years to Danielle Coetzee, and we have two absolutely beautiful kids, Izabelle who is 2, and Noah, who is just 3 months old.

I work for Mxit in user support, and I’ve been with them for the past two years. I love music, but I’m much more interested in the process of writing and creating a song – from the idea, and putting pen to paper, to the music and studio time, mixing, and production, etc. I believe that great lyrics, melody, and beat can change a life! There’s one thing I love more than music and that’s church. I am actually a pastor and theology graduate and my family and I are in the process of planting a church, so keep your eyes peeled for The Way, coming soon! I love outdoor sports, and I’m a trail runner, and I also love off-road MTB!

How did you feel when you found out that AKA had chosen your song?

It’s hard to describe, but it was really amazing! I’ve been writing lyrics for years, and now for an artist like AKA to choose my lyrics is a great feeling and I’m very excited! I hope this is just the beginning of greater things to come.

Was this the first time that you’d written a song, or are you an avid songwriter?

I’m an avid songwriter, I have written many songs and I’ve been trying to add music to it (the tough part) and see where it takes me.

I think my entry stood out because it captures a little of the essence of South Africa, a land of opportunity, and those who recognise it are the ones who take it and own it. I also intentionally wrote a catchy chorus that would get people singing along!

The song is about South Africa and its people, and the inspiration for the song was Nelson Mandela. Thinking of the sacrifice he made and what he achieved for this country is amazing, and we are all reaping the reward of his labour, and others like him. Beyond that, he chose peace and love over war and violence, and that’s totally awesome! For me as a Christian, Jesus is the inspiration for everything I do, and those elements also come through in the lyrics.

I came across the competition online one day, and saw that the deadline was quite close, so I started writing immediately! My mind was buzzing with ideas and thoughts till I finally settled on the theme. I then proceeded to write the song within the hour, and took some more time out to touch it up before submission. Once the inspiration hits there’s no time to waste!

There will definitely be some celebration with the prize money, and there are one or two things I need to get done, so the timing is perfect. The home studio setup will definitely serve its purpose – there will be a lot of recording and experimenting happening. The same goes for the headphones.

People should vote for my song because it’s a song for the people. It speaks of a people rising up and taking a hold of all that life has for them, and it’s also a total sing-along – if you hear it playing you’ll want to shout it out and sing along.

The prize money would definitely be a blessing. Especially at this stage of my life, with building a new family, and also building a church, this would help me to do so much more. I am also a firm believer in celebrating and enjoying life because life’s a joy, so there’ll be a lot of celebration and thanksgiving happening! 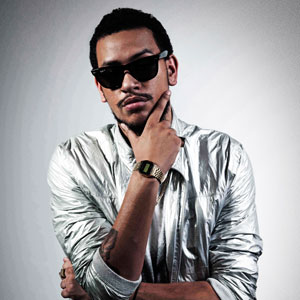 Working through over 2 000 entries is a daunting task. How did you go about it? And what were you looking for?

It was a very tough process because this competition may represent a break that an aspiring songwriter needs. I was looking for originality and songs that had a good structure to them.

Why did you choose Giovanni's lyrics? What stood out for you?

A lot of people took the approach of trying to write for me rather than writing a song that incorporated their own feelings and views as artists in their own right. Giovanni’s song had a positive message and I felt that it was well structured, so that made my job a bit easier.

What would it mean to you if the song wins?

It's well written and catchy. I'm all about the youth, and a song like this is a great way to inspire young people to get up and do something with their potential. If it wins, it would obviously be a great achievement for the songwriter and an honour for me to have played a part in the furthering of a creative's career.