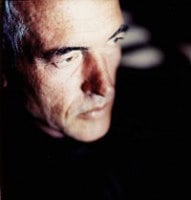 Rian Malan is best known for his memoir of growing up in Apartheid-era South Africa, My Traitor's Heart, in which he explores along the way race relations through prominent murder cases. In addition, he reflects on the history of his family, a prominent Afrikaner clan which migrated to the Cape in the 16th century and most recently had provided the South African PM who was the principal ideological force behind Apartheid doctrine.
Rian Malan’s works have been published in 14 languages. Literary figures ranging from Don de Lillo to John le Carre have described him as a writer of awesome power. Aside from Tom Wolfe, he is the only writer to have featured on the cover of Esquire magazine.
He has worked as a farm labourer, ridden freight trains across America, created screenplays for Mel Brooks and Mick Jagger, served as a staff writer on Esquire and Rolling Stone magazines and in recent years, generated controversy by questioning the accuracy of African Aids estimates and launching a crusade against the American owners of `The Lion Sleeps Tonight,’ a legendary pop song that originated in the brain of forgotten Zulu singer Solomon Linda.
Alien Inboorling is his first CD.

"Every South African city is already ringed by giant shack settlements, almost all erected on land that was illegally grabbed at the outset, and some still technically subject to eviction. But on the ground, everyone knows this will never happen."