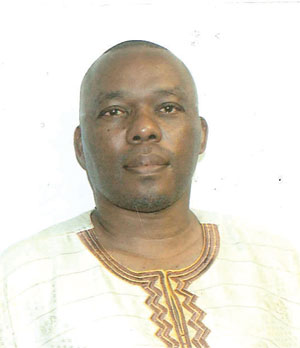 Phil Ndlela is an associate professor in English literature. A former Fulbright scholar, he holds a PhD from the University of Massachusetts in the USA. An itinerant scholar, he has held lecturing positions at the following universities: the University of Fort Hare, the Nelson Mandela University (NMU), the University of Zululand and North-West University – his current employer. He has presented his research at international forums, and Lovedale Press published his collection of essays, Orality, literacy and the discourse of liberation, in 2010. It was launched at the Standard Bank National Arts Festival (Word Fest) in July 2010.

He has served in the following research forums:

He has also served as external examiner for the following institutions:

During the spring 2017 semester, he was offered the prestigious Andrew W Mellon Foundation scholarship as a visiting professor of humanities by Claflin University in South Carolina, USA. Apart from lecturing black writing in South Africa, he also delivered three public lectures, one of which was titled: “Hallmarks of ascent: The Nelson Mandela presidency and beyond”.

On 26 March 2018, he delivered a paper entitled, “‘Firing with the pen’: Cantering the intellectual legacy of Phyllis Ntantala-Jordan”. The seminar was held at the University of Fort Hare’s Centenary Art Gallery, hosted by National Heritage and Cultural Studies (NAHECS).

His research areas are as follows:

On 28 March 2019, he delivered a memorial lecture for the late Professor Mbulelo Mzamane, former vice-chancellor of the University of Fort Hare. His keynote address was entitled, “‘He brightened the corner’: Mbulelo Mzamane, exemplar of the African literary tradition and independent thought”.

On 2 August 2019, he delivered a seminar paper at the University of Cape Town’s Centre for African Studies. The paper is titled: “AC Jordan: A voice for epistemic disobedience, independent thought and decolonial freedom in apartheid South Africa”.

"In a post-apartheid South Africa bedevilled by a paucity and deficit of value-based and selfless leadership, with leadership that uses its struggle credentials for self-enrichment, one wonders how Biko would have reacted."

Images of the black youth in two poems by Wally Serote and Njabulo Ndebele, viz: “My brothers in the streets” and “The revolution of the aged”

"Both Wally Serote and Njabulo Ndebele are literary aficionados who initially cut their political teeth in the Black Consciousness Movement in South Africa, whose tenets entailed self-love, self-reliance and cultural affirmation."

"Hughes was no ivory tower type of intellectual. He was a true cultural revolutionary who celebrated the beauty of ordinary people, whose experiences he sought to centre."

"In both stories under discussion, Mzamane has deployed two formidable twin pillars – trickery and humour – in order to effectively recapture specific moments of the black experience under apartheid rule. Not all those moments were characterised by gloom and doom. Some of them were as exhilarating as they were daunting."

He “brightened the corner”: decolonial AC Jordan and the quest for an equitable education system in apartheid South Africa

“The value of decolonial thought lies in that it seeks to demolish narrow Eurocentric universalism of epistemologies; it elects to install pluriversality that recognises other knowledges in their loci of enunciation.”

“There is, in fact, no need to drag politics into literary theory: as with South African sport, it has been there from the beginning.”

Phil Ndlela 2014-12-15 "If a song has no meaning | if it cannot send you higher | it is not good enough to sing." Phil Ndlela writes a tribute to Marvin Gaye, USA for Africa Project, Peter Tosh and Hugh Masekela.

Phil Ndlela 2014-09-02 Shakespeare Against Apartheid: "Those of us who seek an equitable, just and democratic South Africa ... need to recognise that there is no neutral territory for Shakespeare studies in present-day South Africa."

Phil Ndlela 2014-07-29 This contribution by Phil Ndlela "aims to accord Jordan his rightful place as one of the key figures in the advancement of the black literary tradition within the borders of South Africa and beyond".