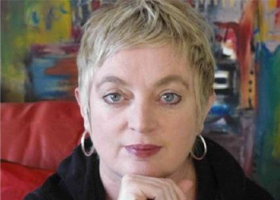 Gillian has been working as an independent filmmaker and freelance writer for the past 15 years. She has written developmental, jazz and columns for various publications in South Africa. She has also written a series of academic case studies that are used for university teaching purposes and has developed hypermedia-teaching tools for government training.

Her anthology of 14 poems was published by Botsotso publishers in a book called 5 (Five South African Poets) for which she received a favourable review in NELM.

She is currently working on a series of children's stories as well as a funny account of the day-to-day life of an ordinary mixed couple living in South Africa - entitled ‘Yes I am a natural blonde.'

Her documentary Umgidi (the celebration) won the Award of Excellence at the American Anthropology Film and Video Festival in Washington 2005 and many of her documentaries have represented South Africa at film festivals around the world. They are also used as participative teaching tools in many universities internationally.

Her choice of film style is verite and her narratives are usually quirky and gritty - much like her writing.

Gillian has conceived and produced a children's series for SABC called The Justice Gang, which explores children's rights from a child's perspective and mixes animation with reality.

Gillian has studied journalism and has a BA degree. She is currently enrolled in the MA creative writing through WITS.

She is married to her filmmaking partner, Sipho, and they have a beautiful golden son, Kai - both a constant source of magical inspiration for her writing.

She has recently completed a novella through the Wits Masters course in Creative Writing and has submitted it to a publisher for consideration.

Gillian Schutte 2012-03-09 “Excruciatingly delicious and yet endurable, it lasts a lot longer than the clitoral/penile orgasm. In fact, it is a way of life if you choose it to be.” Gillian Schutte on the writing process.